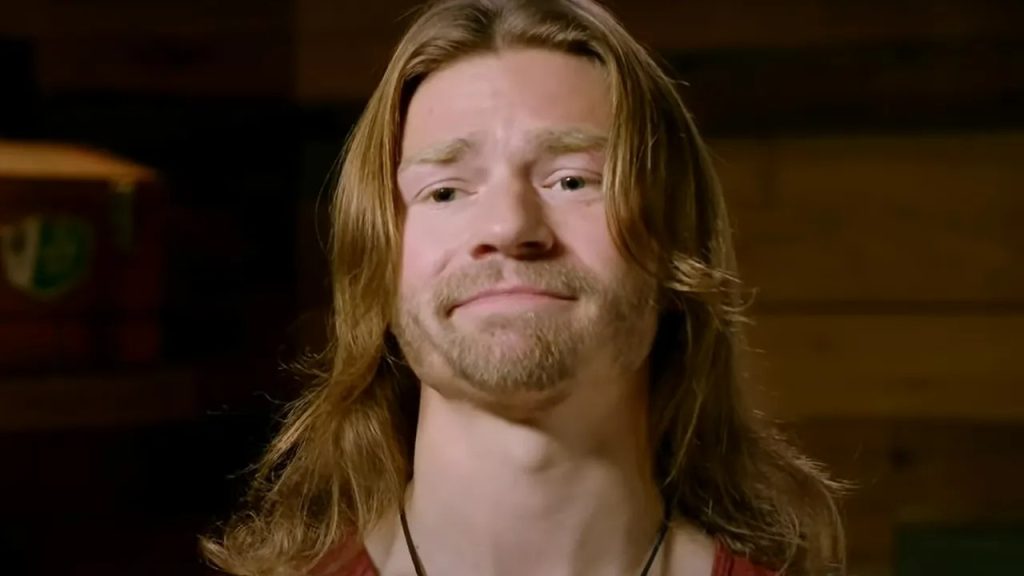 The Alaskan Bush People family has been facing a lot lately. Apparently, fans know that after Billy Brown’s demise, the show’s entire dynamics were shattered. However, the Brown kids reconciled and carried on with the show. But recently, again, another issue sprang up. Fans know that Raiven and Bear always had problems with each other. But it seems this time, things got serious, and the duo decided to part ways with each other. However, this divorce had a drastic effect on the patriach. Perhaps because of the trauma, the star had an intense look lately. We have all the information you might wish to know, so keep on reading.

The Alaskan Bush People star Bear Brown had a very rocky life. Apparently, the star fell in love with Raiven and walked down the aisle with her. But it seems that some people are just not meant to be together. Hence, the duo never had a peaceful life. Fans even remember when Bear had to go behind bars because his wife accused him of domestic violence. Even after getting back together, the star couple couldn’t resolve their issues and finally decided to part ways during their second pregnancy. But it seems Bear wasn’t prepared for it, and this divorce drastically affected him.

Recently, he took to Instagram and shared a picture with his brother Gabe in which he looks like a completely different person. Apparently, it was Gabe’s birthday, so the Alaskan Bush People star posted a birthday post for him. Fans were shocked when they saw the drastic new look of the star. However, they took a sigh of relief when they read the caption. Bear added in his caption that this is an older picture. He further added saying that he is really proud of his brother and wished him a happy birthday.

Fans loved the picture, and they rushed to the comment section to wish the celeb. Many wished the star, but some pointed out sensitive matters of Bear as well. Apparently, a fan commented and asked if Bear Brown was getting a divorce

or not. Another fan replied to the same comment, saying that the celeb is a women beater. However, the patriarch decided to ignore the offensive comment and carried on with his brother’s birthday celebrations.

Bear Brown has been having a rough end in life lately. The star has been dealing with a divorce. Though the reason isn’t open to the public, as they say, divorces are never easy to deal with. Hence, for a change of mind, the Discovery celeb decided to spend time with his brother Noah. Bear recently took to Instagram and shared a picture of him and his brother Noah sitting in the car. It was a selfie in which Bear wore a red hoodie while Noah was wearing a grey shirt with a black tie and hat. The elder one captioned the picture, saying that he took a small road trip with his little brother Noah.

Fans loved that the duo decided to spend time together. A user commented saying that Noah is one of the most intelligent members of the family, as the celeb creates a lot of things from technology. Another one added and claimed that Noah has started to look like his late father, Billy, these days. The third one stated that the brothers look perfect together, and watching them on the screen is a treat. Keep coming back to TV Season & Spoilers for all the latest Alaskan Bush People tea.