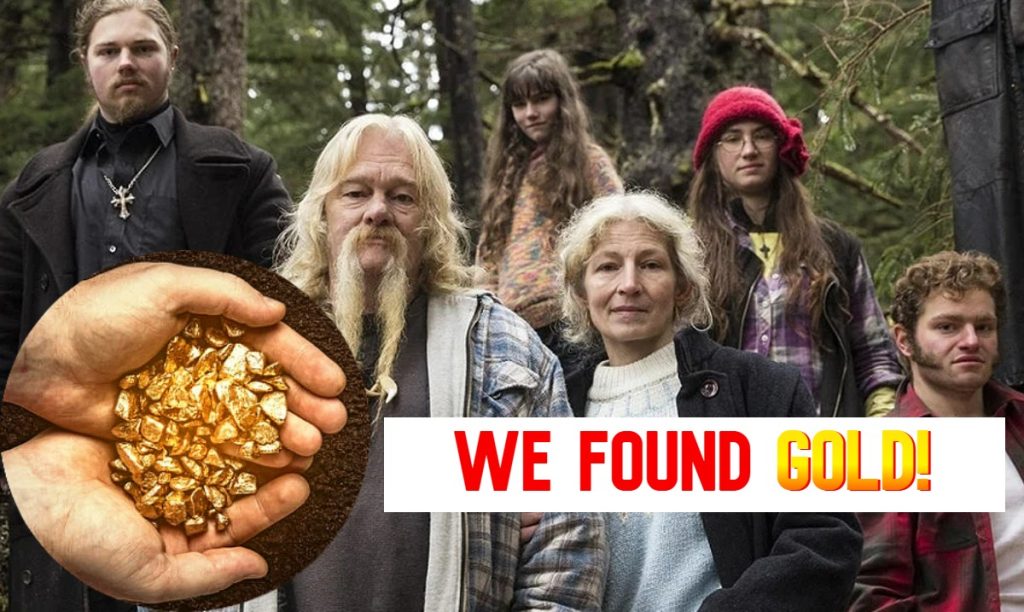 The Alaskan Bush People cast has been going through a hard time lately. Apparently, the show suffered a huge loss after Billy Brown’s death. Fans know that he was the patriarch and the main lead of the Discovery series. The entire family was shattered, and has been mourning his death since then. Fans thought that the show was over, but the star kids maintained the legacy and carried on with a new season. However, it seems that the Browns have recently fulfilled Billy and Rain’s wish and found gold on the mountaintop. We have all the information you might wish to know, so keep on reading.

The Alaskan Bush People fans know that after Billy Brown’s death, the show became Birdie-centric as she couldn’t deal with the loss and was going into depression. On the other hand, the star had two tumors which were later removed as well. However, it seems that the makers and the family didn’t spot Rain suffering equally. It was only when she helped bring Birdie to Alaska that fans got to know that Rain was also struggling with grief. She was getting hallucinations of her father and claimed that late Billy Brown often sent her signs. Hence, when the Browns noticed this, they acknowledged that Rain needs to get professional help.

So, Rain took a break from the show and was getting professional help to deal with her grief and sorrow regarding her father’s death. Fans know that Billy Brown made plans with his youngest to go gold hunting. He predicted that there is a possibility that their land on the mountain has gold. Hence, Rain also bought equipment, but Billy passed away, and things couldn’t be executed. But it seems that Noah and Birdie have finally let their dream come true and found gold.

Apparently, when Rain came back, Birdie took her to show the gold they’d found. And the Discovery star couldn’t control her joy. Hence, the family called a local gold expert, who confirmed that what they had found between the rocks was pure gold. This proves that the mountain had gold in it. So now, the entire Brown family is formulating a plan to find the mountain’s remaining gold. But it clearly seems that the Alaskan Bush People cast is finally getting over the traumas they’ve faced, and better days are coming.

Alaskan Bush People: When Is The New Season Coming Up?

Alaskan Bush People is one of the most unique concepts of the Discovery channel. Apparently, it has so much to offer that the viewers typically wait for the arrival of its season. However, it seems that lately, there hasn’t been any news regarding when the new season’s filming will start or if it is already in process. But as per a recent report, the reality show has been ranked more than 98 percent amongst all the reality shows that are airing these days. That hints that the channel would definitely prefer to get the show back. Not only this, it is commendable that Billy Brown’s kids have held to show high even after their father’s death and have carried on with the legacy.

Apparently, if the show continues, it will have different entertaining stories. One will revolve around Noah Brown taking his family to the mountains and living a simple and raw life there. Another one would be the rush and hustle to find more gold. Not only this, there is a possibility that Bear Brown and Raiven’s divorce will also be featured in the next season. Hence it would be really interesting to watch different storylines coexisting parallelly on the show. Keep coming back to TV Season & Spoilers for all the latest Alaskan Bush People tea.