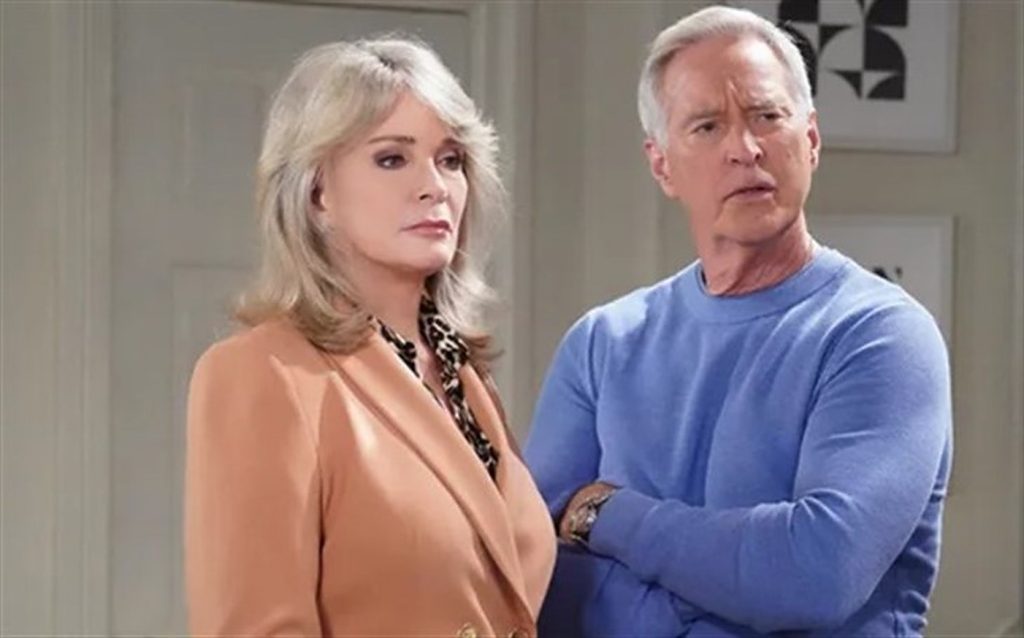 Days of Our Lives spoilers for January 6, 2023, claim that Kate will flatline and Kayla will also be in serious condition. Chad will call Stephanie to inform her about her mother, but Alex will make another huge blunder. Elsewhere, Eric will shock John and Marlena with his plan and will inform them about the orchid. Marlena will fume in rage while Brady and Kristen sit hopelessly. Keep reading and find out what unfolds in today’s episode.

On Friday, Kate will struggle to live but will eventually flatline. Even before Rex could do something, Kate will succumb to her illness. Days of Our Lives spoilers reveal that Kayla will also collapse and start fading much faster than expected. Steve will ask her sweety to hang in there and fight as hard as she can for the family. However, Kayla’s health will also be deteriorating faster. Once Chad receives updates on her condition, he will decide to get in touch with Stephanie.

This is where Alex will make the major blunder. Fans know that Alex doesn’t like Chad and Stephanie’s friendship since he knows that he has feelings for her. So, when Chad calls and texts Stephanie to inform her about Kayla, he will try his best to distract her from seeing the calls. Instead, Chad will get closer to her, and they both will hit the sheets.

This will set the stage for Stephanie or being able to meet her mother and say her last farewell. Other spoilers say Alex will eventually regret his behavior and will also admit his mistake in the upcoming weeks. Will this become the base that will ruin their relationship down the line? We will know that soon in the future.

Days Of Our Lives Spoilers: Marlena-John Gets Shocking Updates

Further on Days of Our Lives, Marlena and John will get some shocking updates. The spoilers say Eric will drop the bombshell and that he is the one who kidnapped Rachel. Once he spills the whole plan, Marlena and John will be shocked to see his evil side. He will also share how Kristen has the orchid, which could cure all the women.

Once Marlena listens to it, she will fume in rage and will call Kristen an “evil bitch”. Speaking of Kristen, she will be breaking her head with Brady. Now that the orchid has gone missing for real, they won’t know what to do. Brady will eventually get updates about Kate and Marlena’s condition and will grow concerned for them. Other Days of Our Lives spoilers say Marlena will soon lash out at Kristen and hold her responsible for the deaths.

Looks like Brady and Kristen will team up to find the orchid themselves. But they won’t have enough time, given how rapidly the former hostages are flatlining. Will they be able to find the orchid? We will know that soon. Days Of Our Lives airs every weekday on Peacock+ in the US and on the W Network in Canada. For more updates and spoilers, visit our website, TV Season & Spoilers.