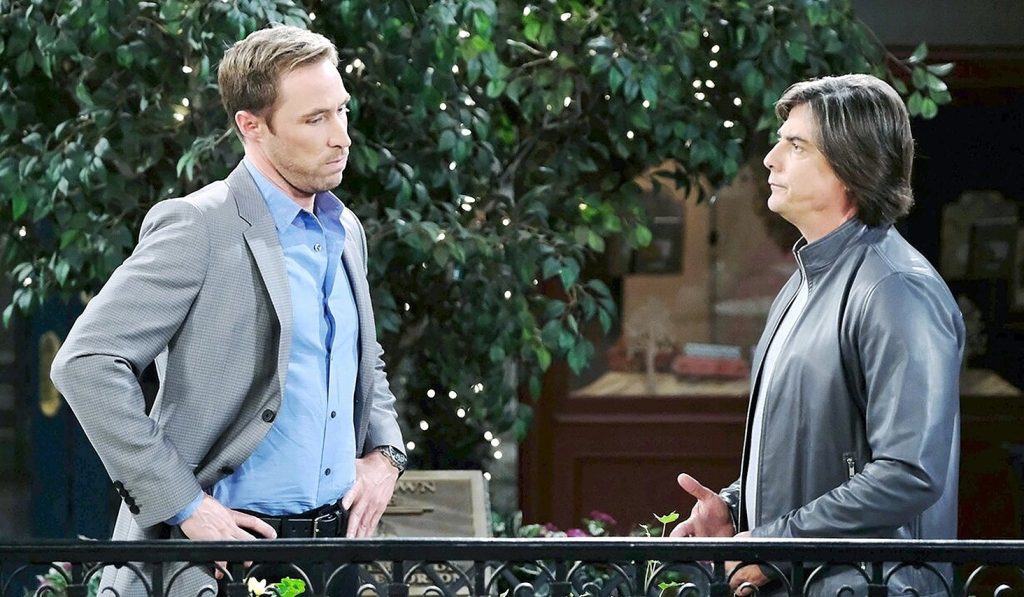 Days Of Our Lives Spoilers For The Week Of January 9-13, 2023: Former Hostages Die, Lucas Spills A Secret

Days of Our Lives spoilers for the week of January 9-13, 2023, reveal that all three former hostages will flatline next week. Alex will become the reason for Stephanie not being able to meet her mother at the last minute. Elsewhere, Brady will finally spill out about Kristen’s blackmail of Chloe and wonder if there is a chance for them. There will be another shocker coming through Lucas, who will spill out a secret to Rex that will shake him to the core. Keep reading to know what is brewing in Salem.

Next week, Kristen and Eric will have a conversation. Days of Our Lives spoilers say Kristen will assure Eric that she is lying or tricking anyone about the missing orchid. Once Eric feels that she is not lying, he will try to calm himself a bit. Marlena will worry about her son and the evil side of him, which is trying hard to fight with Kristen. She will warn Eric and ask him not to go to extremes.

As for Marlena, she knows that Kristen is a dangerous woman and can go to any lengths if she wants revenge. So, she will ask her son to stop his fight with her and watch his steps. While Marlena is making her last wish, Kayla will also be on the verge of flatling. Steve will ask his sweetie to hang in there and fight for her life. But everything will go waste when she also flatlines. Steve will become an emotional wreck and wonder how he is going to live without her.

Elsewhere, Brady will finally spill the beans to Chloe about Kristen’s blackmail. He will wonder if their relationship stands a chance once everything comes out in the open. While he wants to get back with Chloe, Gabi will also wants the same with Stefan. Looks like she will ask him to get the reverse treatment done, but Stefan will continue to deny it.

Days Of Our Lives Spoilers: Alex-Stephanie’s Relationship To End?

Alex will make another huge blunder in Stephanie’s life which might cost his relationship. Days of Our Lives spoilers reveal when Kayla’s health deteriorated, Chad got to know about it. He will call Stephanie to let her know, but Alex will somehow manage to prevent her from seeing Chad’s call. Fans know that Alex is already jealous of Chad

and Stephanie’s friendship. Unfortunately, Alex doesn’t know that Kayla is serious. Otherwise, he will let her take the call.

Once Alex and Stephanie hit the sheets, Kayla will flatline. Later, Sonny will push Alex to come clean about his blunder to Stephanie. Even she herself will also want to know the truth. Will Alex and Stephanie’s relationship end because of this? Whatever the case, Chad will be there to console Stephanie, which will again trigger Alex’s jealousy further.

Speaking of Sonny, he also will have to play the referee soon. Leo and Will Horton will get into a serious argument in the upcoming week. So, Sonny will have to stop them and play the referee to see who was at fault. No matter what he does, his husband will remain furious over Leo staying at the mansion with Sonny despite his disapproval.

Next, Lucas will cross paths with Orpheus at Statesville before he opens up to Rex. Days of Our Lives spoilers suggest Lucas will spill a secret that will shock Rex to the core. Chances are there, he might share about Philip’s survival and how he is getting a secret mental health treatment. This will completely put Rex left with no answer because he will be shocked.

Finally, Sloan will confront Chanel and will remind her that she still is not safe. Just because her legal problems have been solved doesn’t mean Sloan will let her go scot-free. So, Chanel will again come under her radar and will fear her next move. Stay tuned and watch Days Of Our Lives, it airs every weekday on Peacock+ in the US and on the W Network in Canada. For more updates and spoilers, visit our website, TV Season & Spoilers.