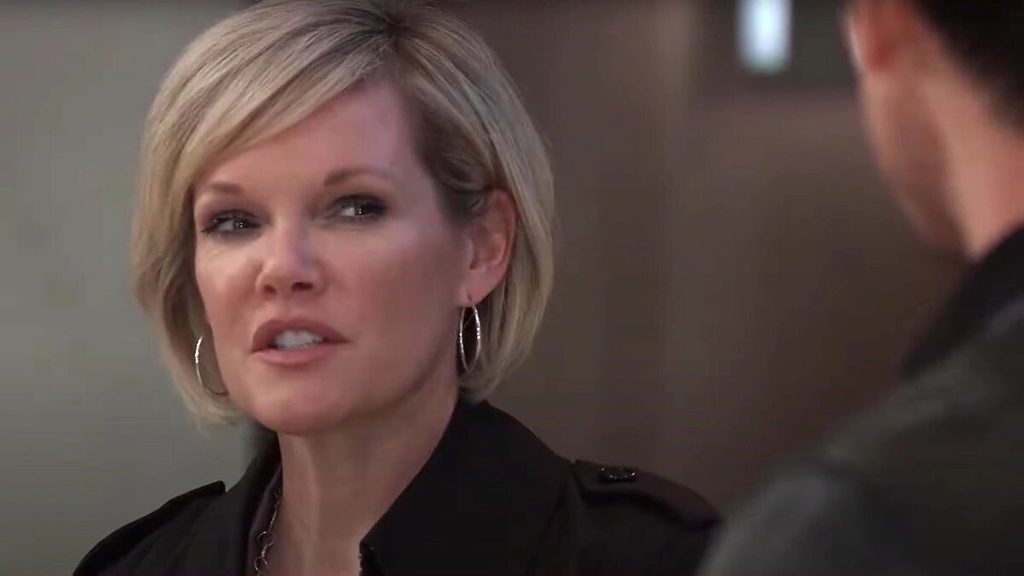 General Hospital spoilers tease Ava might unleash her wrath when she discovers about Esme’s pregnancy. Ryan might be the person who fills in with important updates with Ava which will stun her to the core and will lead to something really big. Will Esme’s pregnancy trigger Ava to seek revenge on Nikolas? If that’s the case, what might Ava do? Let’s discuss what might happen in GH with this storyline.

Fans know that Esme is pregnant and is locked up in Wyndemere by Nikolas. As for now, Ava doesn’t know that Esme is pregnant with Nikolas’ baby. General Hospital spoilers say Ava might soon discover about the pregnancy bombshell. It looks like it might be Ryan who drops the bomb on Ava during the interview. Speaking of the interview, Ava wants to catch Esme anyhow since she thinks Esme is the hook killer attacking everyone. Nikolas did try his best to stop Ava, but she never paid attention to his point. ‘

But now, Ava will sit for the interview with Ryan and will have some tough questions for him. The General Hospital spoilers teased that Ava will try to manipulate Ryan into believing that Esme doesn’t need him anymore, and that is why she isn’t coming to meet him. As for Ryan. He will know that Ava is trying to play with him, so he will also watch his mouth. Esme did come to share about her pregnancy with Ryan, and he also gave a green signal to her plan. But when Nikolas held her captive, everything went down the drain. So, Ryan might wonder why Esme hasn’t finished the plan.

A part of Ryan will worry for Esme, and at the same time, he will also want Ava and Nikolas to team up against her. So, this will be the point where Ryan might drop the pregnancy bombshell on Ava. Ryan might also think that Nikolas has done something to Esme, and that might add to the cart. Whatever the case, Ryan might be the one who spills the beans on Esme’s pregnancy

and Nikolas being the father of the unborn. Of course, Ava will fume in rage and might be make some really big decisions. Let’s discuss what it might be.

During the week of December 12-16, 2022, General Hospital spoilers reveal Ava will get some shocking updates and will prepare herself for war. If Ryan really spills about Nikolas and Esme’s unborn baby, Ava will fume in rage and might know just what she needs to do. The spoilers point out that she will take some really big moves. Chances are there that Ava might also find out about Nikolas keeping Esme captive in Wyndemere.

This might lead Ava to make a decision where she exposes Nikolas. Fans know that Ava has a major weapon in her hands which Victor thinks he destroyed it. However, Victor only has the written confession in his possession, but Ava has a video confession! Ava’s video confession that he was the one who threw Esme off the parapet will definitely land him in prison. But will Ava get satisfaction with just that?

Chances are there that Ava will take revenge in such a manner that goes beyond repair. Ava might upload Nikolas’ confession video on the internet for everyone to see. By this, Nikolas won’t just be seen as Esme’s killer but might also land in prison for attempted murder. This will be the last thing that Nikolas wants since he is hiding Esme at his place. Will Ava take that revenge? We will know that soon. General Hospital airs every weekdays on ABC. For more updates and spoilers, visit our website, TV Season & Spoilers.