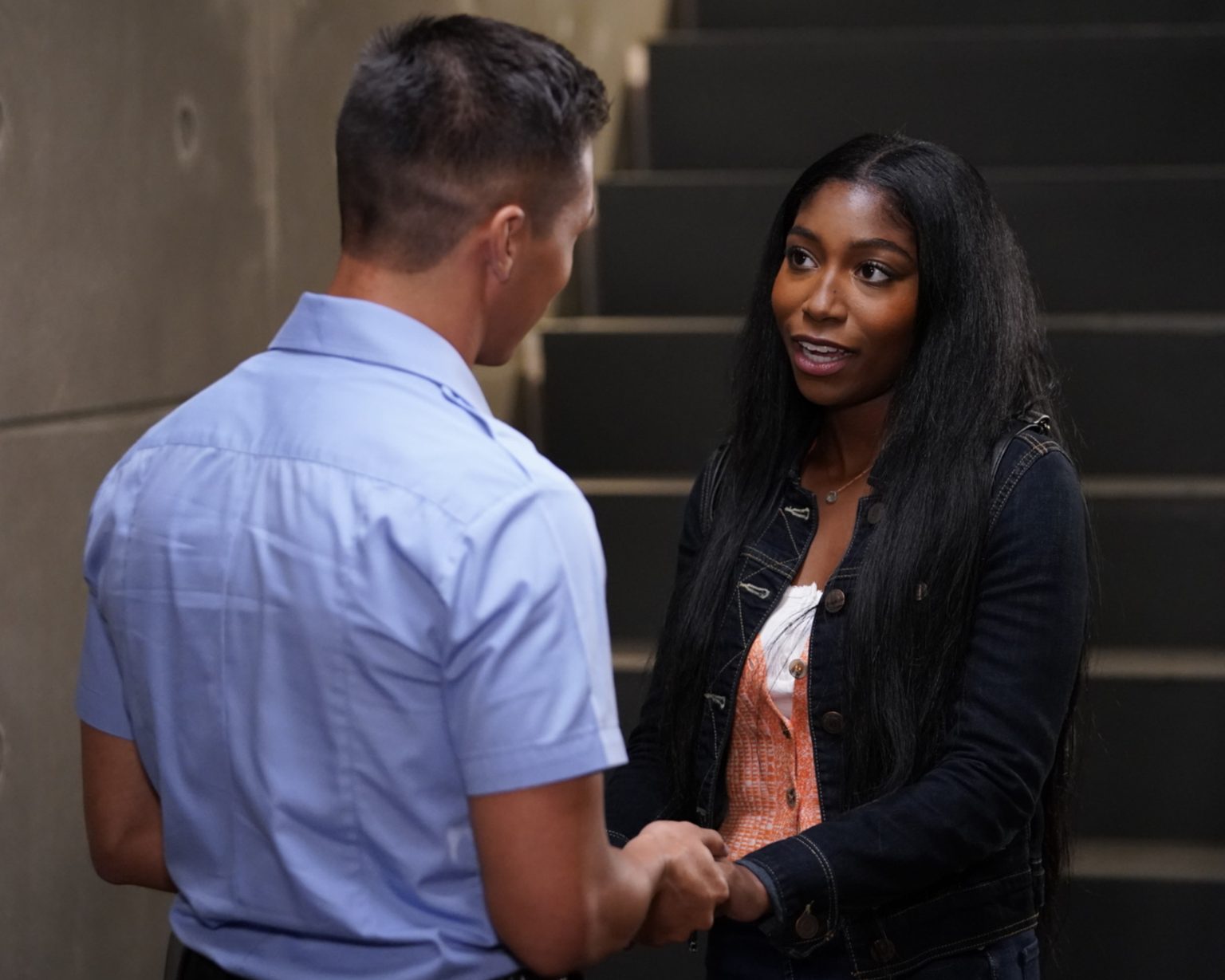 General Hospital spoilers for December 6, 2022, tease that Rory will have a surprise for Trina for their anniversary. However, she will continue to struggle with her feelings and will have something to discuss with Ava later. Over with Esme, she will throw some tantrums at Liz but will get caught soon. Curtis will also have some important to discuss with Jordan regarding the hook killer. Let’s read further to know what is brewing in Port Charles in today’s episode.

On Tuesday, Rory will decide to celebrate his and Trina’s anniversary and will have a surprise for her. General Hospital spoilers tease they haven’t been dating for that long. But Rory might feel like he is they have come across so much, and that might be the reason for the surprises and all. Trina will feel excited about what Rory is doing, but a part of her will still think of Spencer. Later, Trina will meet with Ava and discuss about her feelings with her.

Speaking of Spencer, he will be in Pentonville with Cyrus. Looks like Cyrus will try to convince Spencer to be on his side. Fans know that Cyrus and Victor are enemies, so he will ask Spencer to be on his side instead of Vic tor’s. Whether he listens to him or not, Spencer will receive a present from someone. It might either be from Victor or someone else. Then again, it can also be from Trina, who might hint to him that she is concerned about him.

Over with Victor, he will assure Eileen Ashby that his plans are still on. However, things won’t go according to Victor, and he will soon receive some updates regarding his plans. At the hospital, Portia will explain her suspicion of Marshall’s schizophrenia. She will wonder why Marshall never had any proper testing for his mental issues. So, it is just hard to believe that he has schizophrenia. Looks like that might be true, and this is where the storyline might be headed to.

Further, Curtis will quiz Jordan and will want to put a full stop to everything related to Esme and the fact that she is romancing freely in the town. In reality, fans know Esme is locked up in Wyndemere, and Liz is helping her out. As for Jordan, she will inform him that Kevin and Mac have teamed up with Ava to find Esme’s whereabouts. But Curtis will feel that Ryan should also be a part of the team since Esme is connected to him. Later, Curtis will give his wedding invitation to Jordan. Before that, Curtis will have to deal with a new problem. Alexis will look for Curtis and will want to seek some help from him regarding the hook killer.

Back with Esme and Liz, Esme will create trouble for Liz as much as she can. Esme will threaten Liz that she won’t take care of herself if she doesn’t set herself free. She will also throw away some vitamin medicines to prove that she doesn’t care. However, Liz will catch Esme’s lies when she sees that she kept a few medicines to take afterward. Liz will realize that Esme is more concerned about the baby than she shows. Whatever the case, Esme will continue to stir the pot and create more trouble. General Hospital airs every weekday on ABC. For more updates and spoilers, visit our website, TV Season & Spoilers.