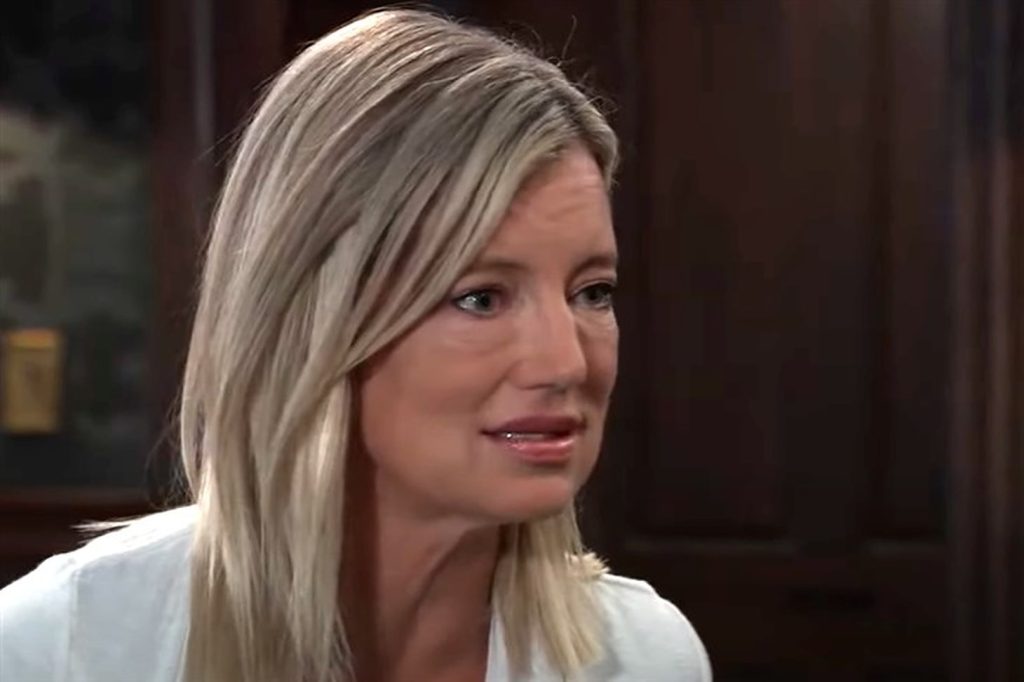 General Hospital spoilers for January 11, 2023, reveal that Sonny will call Josslyn for an urgent meeting. However, she will make him suspicious. On the other hand, Nina will get updates about Willow’s health and her bio link with Nina. She will lash out at Michael for delaying her treatment and will call out his selfishness. Over with Gladys, she will also ask for some help with Sonny and will use Sasha as bait. What is she trying to do over there? Keep reading to know what is going to happen in today’s episode.

Cody Advises Brook To Fight For Her Love

On Wednesday, Cody will advise Brook to fight for her love. General Hospital spoilers say Brook will want to get back with Harrison, so Cody will give her a nudge in the right direction. Since Cody wasn’t able to share his feelings for Britt, he will want at least Brook to do it for Chase. Looks like Cody will also team up with Brook in making these ex-lovers reunite. As for Chase, he will be with Sasha since she won’t be feeling upset.

He will comfort her by saying Gladys might not have to be her guardian forever. While Sasha is already frustrated with Gladys, she will be using Sasha’s name to save herself. Other General Hospital spoilers say Gladys will get some debts in Selina’s poker game. So, she will seek some help from Sonny, insisting that Sasha needs some help. In reality, it will be Gladys who has created new trouble for Sasha.

Speaking of Sonny, he will later call everyone for a meeting. However, Josslyn will think that he might ask her about Dex and will lash out at her father to stay away from her personal life. While Sonny had called to talk about Willow, Josslyn’s behavior will make Sonny suspicious. Later, Josslyn will cry in the car with Dex and fret that her family is falling apart. Dex won’t know how to console her, but he will offer a shoulder for her to cry.

At the hospital, Nina’s bone marrow will match Willow’s, and she will know it is time to tackle something. General Hospital spoilers say Nina will confront Michael and call out his selfishness. She will misunderstand the whole situation and will blame Michael for Willow’s delay in chemo. However, that wasn’t the case since he himself got to know about her health recently. So, Michael will set things straight and explain her that it’s not his mistake and Nina should mind her own business.

In the meantime, Drew will also grill Carly for all her lies. He will be interested in knowing whether Carly would have confessed this truth if it was for some other situation. So, she will deny and tell him that she always wanted to keep this secret wrapped for lifelong. Carly’s admission will only confuse Drew, and he will also be furious with her actions.

Back with Nina, she will make a crucial call to someone and will have some plans with them. So, we have to see who Nina called and what she is going to do now. As for Willow, she will be rushed to the hospital now that she has got the donor. Stay tuned and watch General Hospital, it airs every weekday on ABC. For more updates and spoilers, visit our website, TV Season & Spoilers.