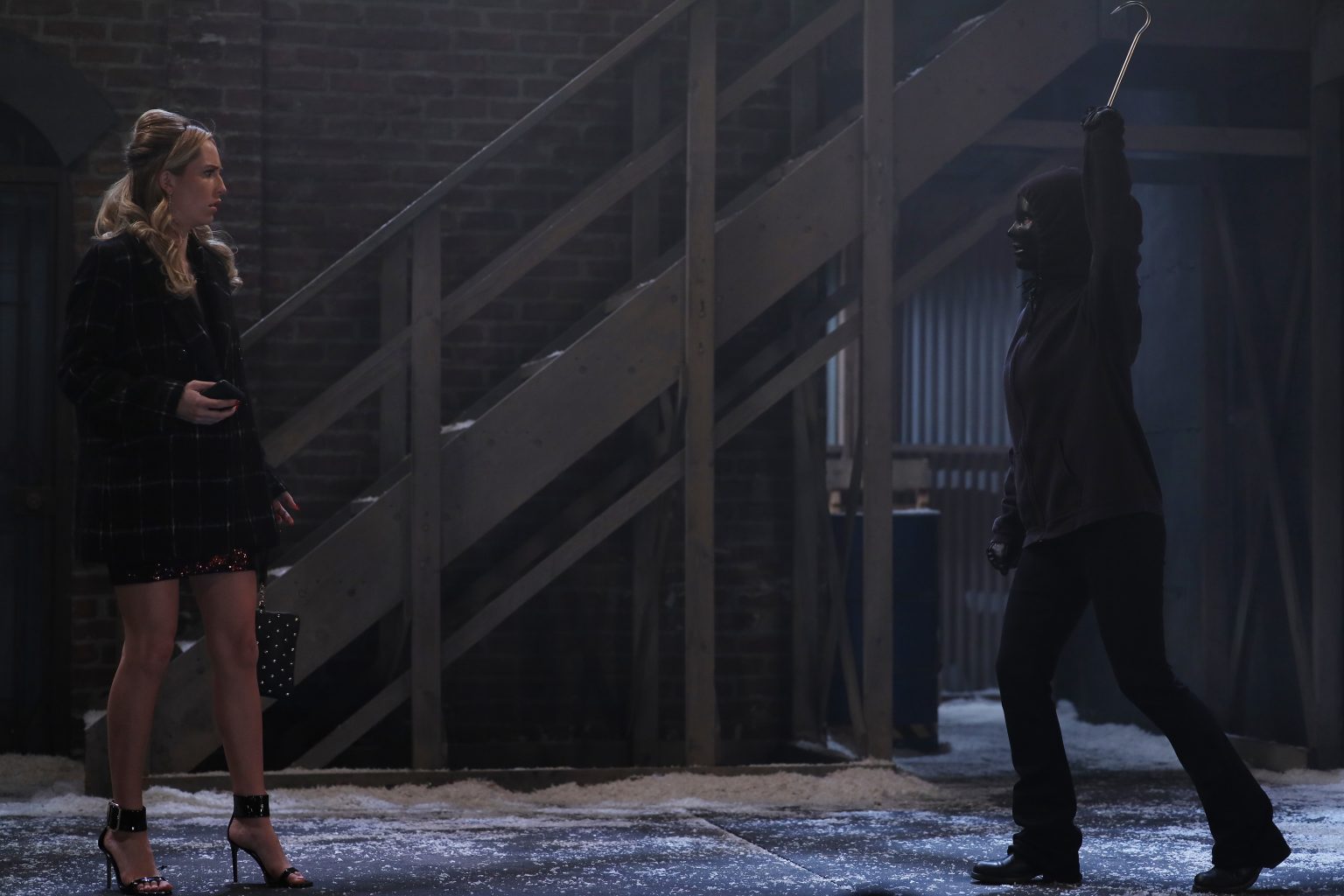 General Hospital spoilers for January 3, 2023, reveal that Britt will leave her birthday party midway. Maxie and Brad will wonder where she has gone all of a sudden. In the meantime, Josslyn will be in danger since the hook will be waiting to attack her. Elsewhere, Nikolas will also inform Liz that Esme has escaped from Wyndemere. Will Britt or Dex be able to save Josslyn? Keep reading to know what is brewing in Port Charles.

Dante Shares His Ordeal With Sam

First, Dante will have a conversation with Sam and share about his ordeal with Sonny. General Hospital spoilers claim Dante will wonder what justice will really look like to Sonny. Since he is back in town, he has been facing problems with his father and his job. So, he will share it with Sam. At the same time, Josslyn will inform them that she is going to Britt’s party.

Elsewhere, Carly and Drew will celebrate their New Year out of the town. Since Carly doesn’t want Drew to find anything linked to Willow and Nina, she will come up with this plan. Drew will be thinking that Carly wants to celebrate New Year with him. However, the reality will be far beyond from what he thinks. As for Carly, while she is celebrating with her lover, she wouldn’t know that her daughter is in big trouble.

Coincidently, while the hook is ready to target her another victim, Esme will also escape from Wyndemere. She will put the place on fire and dive from the room into the sea. Nikolas will witness Esme escape from the North Tower and will wonder if she is dead. Once Nik informs Liz about her escape, she will get furious and will get scared about her next move.

General Hospital Spoilers: The Hook Is About To Attack!

Further on General Hospital, Maxie and Brad will wonder where Britt has gone in the mid of the party. General Hospital spoilers tease that Britt will leave her party and decide to leave the town without bidding goodbye to everyone for the last time. She will head to the pier and wait for the boat with her new name, identity, and travel papers which Selina arranged for.

However, she wouldn’t know that the hook is also planning to attack her target on the pier. It will be none other than Josslyn, who the hook will target next. However, the spoilers suggest that something will happen and Josslyn will be saved. Since Britt is also near the pier, will she come to rescue Joss from the killer? There are hints that Spencer will be shocked to the core, and Liesl will take things in her hands in the coming episodes. So, maybe, Britt comes there just in time.

Chances are there that Britt might be the one who saves Josslyn and gets attacked in return. She is already dealing with Huntington’s disease, so she might also succumb to her injury. Stay tuned to see what happens in GH this week. Stay tuned and watch General Hospital, it airs every weekdays on ABC. For more updates and spoilers, visit our website, TV Season & Spoilers.