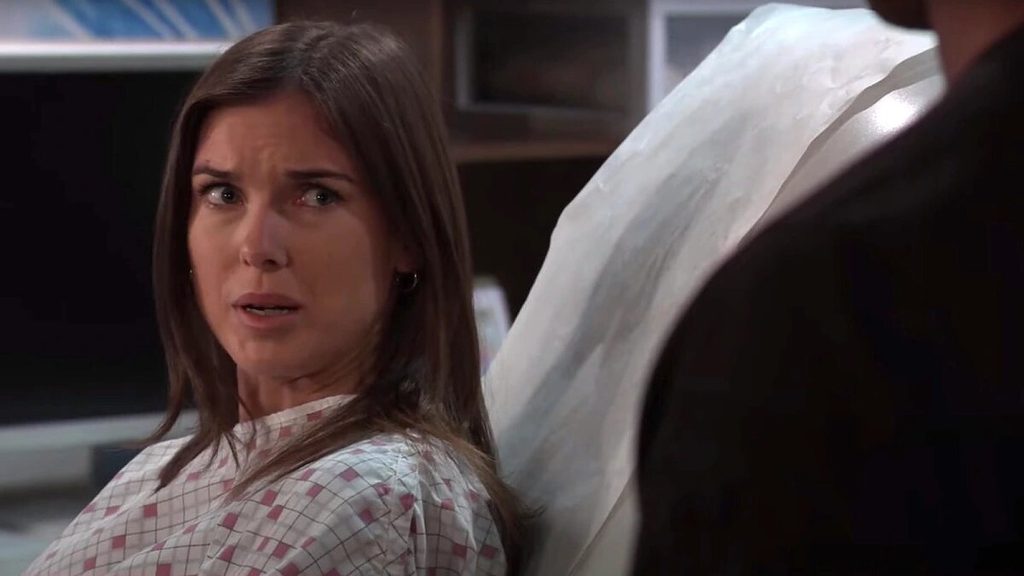 General Hospital spoilers for January 6, 2023, reveal that Liesl will decide to seek revenge on Esme. she will sneak into her hospital room and give her heavy doses of drugs. However, someone will barge into the room to stop her from doing it. On the other end, Sonny will get updates about Nikolas and will confront him with tough questions. Looks like he will physically attack Nikolas for his actions. Elsewhere, Willow will get a call from the doctor to discuss about her recent blood tests. Is Willow’s chemo working on her body well? Let’s read what GH has in store for the viewers.

Willow’s Tests Results Are Out

First, Drew will make a call to someone and share that it’s something really important to him. Their help can save a pregnant woman’s life. General Hospital spoilers say this could be a call to find Willow’s birth parents since Drew is deeply involved in that mission. In the meantime, Willow will also get a call when she is with Michael.

Looks like the call will be from the hospital, and Terry will ask her to visit the hospital for an appointment. She will ask whether her latest test results are out or not. The General Hospital spoilers say doctors will inform Willow that the chemotherapy is not working for her as well as the doctors thought. So this will mean that the bone marrow search will become more important.

Next, Elizabeth will shut down someone’s constant bickering. General Hospital has shown that Liz is always w ith Nikolas these days. So, it is pretty obvious that she will shut down Nikolas’ plan. Looks like Nikolas will make a plan

on something that Liz will disagree with. Whatever the case, Nikolas will later face Sonny’s wrath. As for Sonny, chances are there that he will learn about Nik sleeping with Spencer’s former girlfriend. The argument might turn into full-blown yelling, where Sonny will even physically attack him.

Speaking of Spencer, he will talk with Cameron and get to know about his breakup. He will wonder if it happened because of Dex, and Cameron will realize that Josslyn was already falling for Dex while she was faking her commitment to Cameron. Not just this, but Spencer will also learn about Britt’s death and will be shocked. Later, someone will come to meet with Dex. Looks like he or she will admit that they know where to find him. It might either be Josslyn or Michael, stay tuned to see who it is.

General Hospital preview clip of today’s episode shows Nina barging into a room and being shocked by the sight. The spoilers say it will be because of Liesl. As for now, not just Liesl but many in the town think that Esme is the hook killer. So, she will decide to take revenge on Esme for killing Britt. So, she will sneak into Esme’s room and will agree to give her some strong medicines.

Esme will expect to have some medicines which will help her sleep. However, that won’t be Liesl’s intention and will also taunt Esme, which will confuse her. In the meantime, Sonny and Nina will join the dots

and will understand that Liesl is going to make some huge blunder. Obviously, Liesl won’t kill Esme, but fans know that she is pregnant, and high doses like this can affect the child as well. This is when Nina will barge into the room and will be shocked at what she sees.

There are chances that either Liesl would have injected the medicines, or Esme might have attacked her. Esme is a clever girl she might understand her to taunt and might have hit her with something on her head. Anything is possible! Stay tuned and watch General Hospital every weekday on ABC. For more updates and spoilers, visit our website, TV Season & Spoilers.