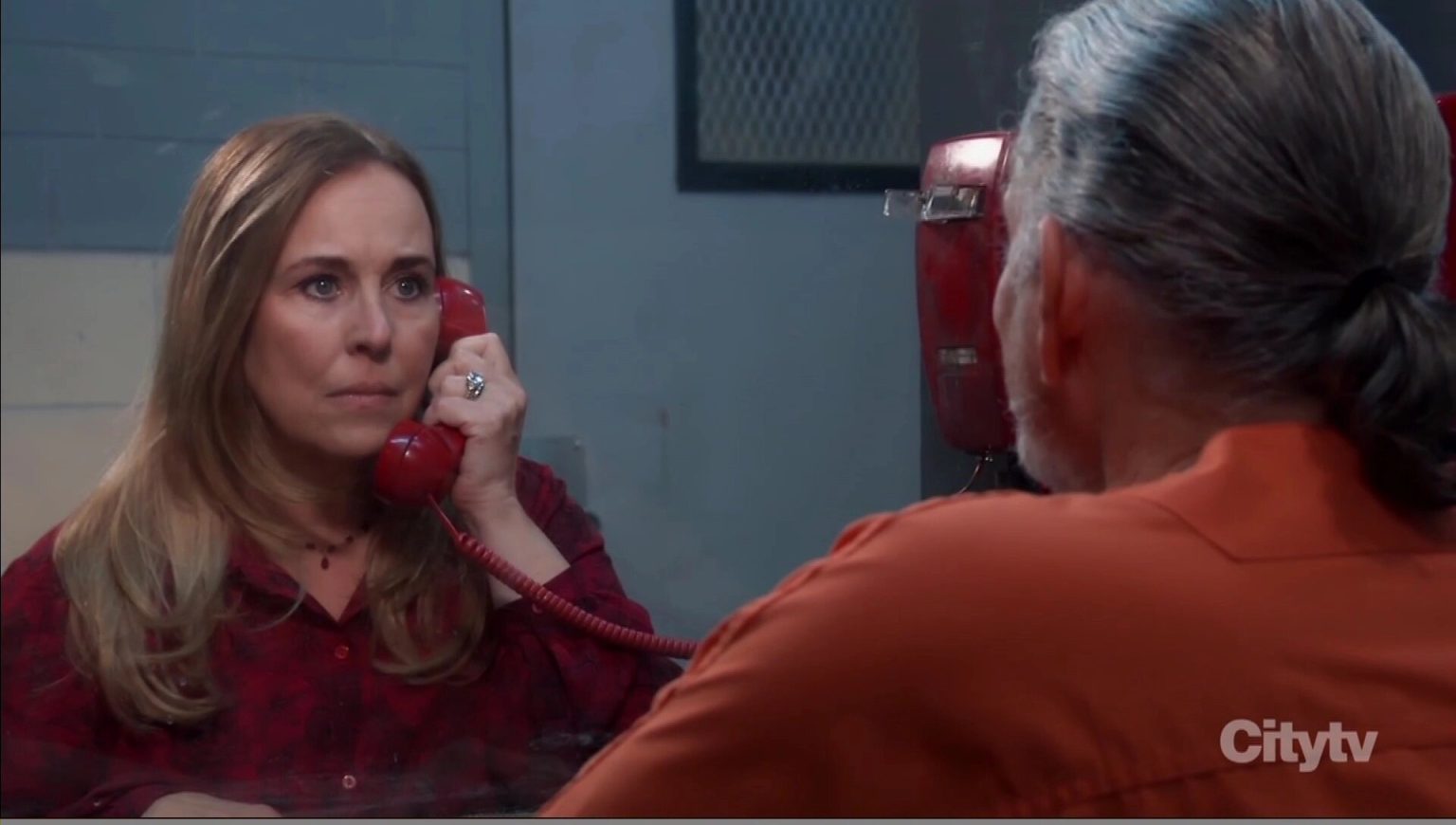 General Hospital spoilers for the upcoming two weeks, starting December 19 through December 30, 2022, suggest that much drama and revenge plots will be at work in the upcoming days. In the week of December 19, 2022, there will be an interesting return that will shake things up. Then, There will be attempts for things to get better, and a mission will be in the making.

As we move in the week of December 26, 2022, Heather and Ryan will be on a mission. Britt will also make a choice, and that will surprise Terry. Sonny will land in danger, and Cyrus will make Laura an offer. There will be attempts to make amends and apologies for Spencer and Ava. Further, GH spoilers suggest that there will be new drama that will unroll in Port Charles in the upcoming days. Keep reading to find out about that.

General Hospital spoilers for December 19-23, 2022, suggest that this upcoming week is going to see a big return. This is none other than Phyllis Caulfield, who will return and show support to Nina. GH spoilers hint that Nina will speak to Phyllis about everything that is going on between her and Sonny. Phyllis will try to help Nina after that.

However, further spoilers suggest that it isn’t all that Phyllis will do. GH spoilers suggest that Phyllis knows a great deal about Harmony. So, she might help Drew with joining some dots. In the upcoming episodes, Drew will start to suspect Denise McKenzie and her answers. So, he will reach out to Alexis for more information. It is likely that he might reach out to Phyllis as well.

Everyone Is Trying To Be Better

Further, spoilers suggest that Spencer Cassadine will come to know about Nikolas’ bogus story about his affair with Liz. This will leave Spencer on edge. This will encourage Spencer to become better than his father. So, he will reach out to Alexis and ask for guidance. It is likely that Alexis is going to help Spencer achieve it.

Speaking of being a man, General Hospital spoilers say that Harrison Chase will be a man in his own right. He will come clean to Brook Lynn about his issues and tell her what he wants rather clearly. As per the spoilers, he will drop Brook Lynn as his manager and cut her loose. This is surely going to break Brook’s heart, and she will be rather tense.

Back with Spencer, later on in the week of December 19, 2022, Spencer will join hands with Trina, and they will try to figure out who “The Hook” is, and they will work to find that. While Sprina is dealing with “The Hook”, Josslyn will land in a difficult position where Dex will help her. We will have to wait to see about that.

By the end of the week of December 19, 2022, the Christmas spirit will take over everyone in the town. The Quartermaines will gather together and exchange gifts. It will be all fun and full of holiday spirit. This is not only the Quartermaines; it looks like Ashfords will also be celebrating the festival. Marshall will give Curtis a gift that will touch his heart.

As we move into the week of December 26-30, 2022, we suggest that Heather Webber will keep all her senses on alert when she is surprised in the upcoming episodes. GH spoilers suggest that Heather will still be at Spring Ridge, and she will be shocked when she finds a valuable discovery. Both Heather and Ryan will be working to solve the case of the missing Esme Prince. So, they might make a breakthrough in that.

Shocking Decisions Are Made

Next, at General Hospital, Britt will make a choice that will surprise Terry Randolph. It looks like Britt will officially quit her job. The good doctor has decided to live her life to the fullest. So, this might mean her quitting her job and letting Terry fly solo as the Chief of Staff. On the other end of the town, Sonny will strike a risky deal. So, this could have something to do with the deal Valentin had offered Sonny. Michael will have a heated head, and he will hope that Dex takes Sonny down while he is carrying this whole deal forward.

Speaking of Valentin, General Hospital confirms that he and Anna will continue to be on the run, and they will hit a snag. This duo will find Lucy Coe, but that isn’t all. What they come across will bring more questions to them than answers. So, we will have to wait to see what all of that is about.

Revenges And Justice Is In The Making

Back in Port Charles, Mayor Laura will come across an offer that will make her think things. General Hospital spoilers say that Cyrus will offer Laura a partnership

to take Victor Down. So, that will leave Laura thinking. There will be more than one revenge plot in working in the week of December 26, 2022. GH spoilers hint that Ava will plot revenge and she will reveal her mission to someone in the upcoming days.

In a rather shocking turn of events, Spencer will reach out to Ava and apologize. Spencer is trying to be a better man, and he will realize that he should have blamed Nikolas for more than he did, and hence, he will want to make amends. Would Ava accept the apology? Only time will tell. But it looks like a new friendship might be in the making here.

Rounding off the spoilers for the week of December 26, 2022, Britt’s birthday bash will start on The Haunted Star. But, as usual, this party won’t go as planned either. There will be plenty of drama coming up here. General Hospital spoilers suggest that Liz will confess something to Finn, and this could be about the pregnancy situation. Could that be the drama that rolls out?

Esme is going to try as hard as she can to gain her freedom. So, it might have something to do with that. Would Esme be successful in doing so? We will have to wait to know. General Hospital airs on ABC all weekdays. Don’t miss the action.