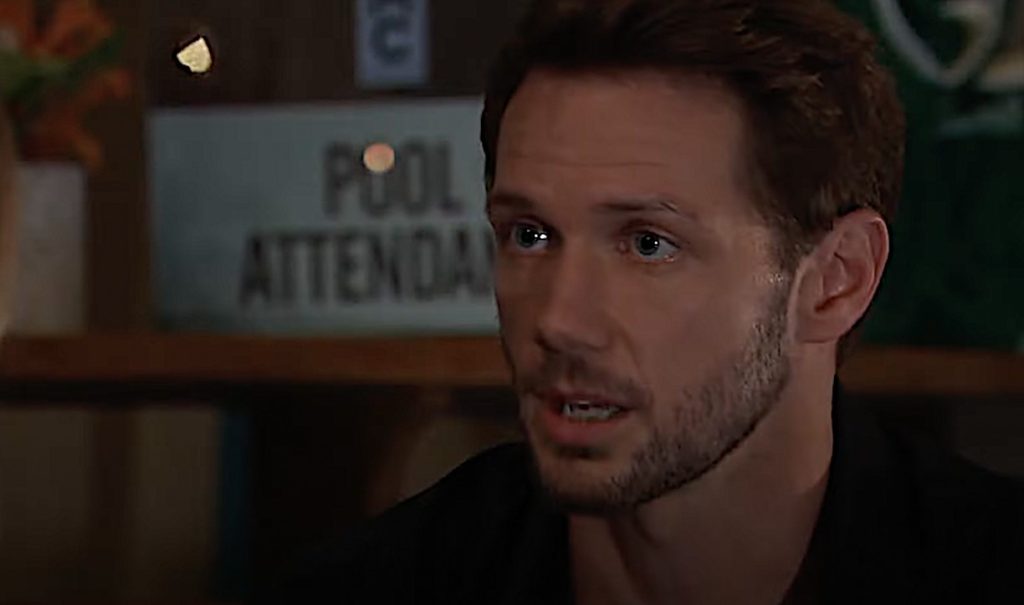 General Hospital spoilers for next two weeks, starting from September 19-30, 2022, reveal that Brando will succumb to his injury. While the whole Port Charles mourns this, Portia and Finn will find a shocking discovery regarding Brando. Over with Sonny, he will remember Mike after Brando dies. On the other end, Elizabeth will get hypnotic treatment.

During the week of September 26-30, 2022, Nikolas will make a big sacrifice. Over with Gregory and Alexis, they will find an injured Diane. Looks like the hook criminal will attack another citizen in Port Charles. Later, Portia will corner Jordan and will want to keep the paternity secret among them. Let’s read further to know what is brewing in Port Charles.

In the week of September 19-23, 2022, Jordan will approach Brando for some questioning about the attack. But soon, Brando will face some complications. General Hospital spoilers suggest that Brando will succumb to his injury. So, Sasha will be an emotional wreck.

With Brando’s death, everyone in Port Charles will mourn his loss. Maxie and Carly will also get the news of Brando not making it through in battle for life. So they will be shocked and upset. Whatever the case, Sonny will reminisce about the days with his late father, Mike. Brando had a special bond with Mike. So, while he thinks about Br ando, his thinking will drift to Mike.

Later, Portia and Finn will find a shocking discovery. Looks like they will get the lab reports. And in that, they will discover that the result will show traces of poison in the body. So, this will mean that the killer is also using poison.

Liz’s Another Round Of Memory Loss

Over with Liz, she will have another round of memory loss. General Hospital spoilers tease that Liz will want to get the hypnotic treatment. But, before that, she will again face memory issues and will get those past traumatic memory flashes.

Elsewhere, Victor will continue to woo Lucy. This will lead to some complications in Anna and Valentin’s plan. Looks like their plan to sidetrack Victor is more difficult than they thought. Over with Carly, she will make some bold decisions. Whatever it is, fans will get to see her taking a bold move. Stay tuned.

General Hospital Spoilers For The Week September 26-30, 2022: Another Attack In Port Charles

First, it was Ava. Then, it was Brando who lost his life. And now, the hook killer has found his or her’s new target. General Hospital spoilers claim that Alexis and Gregory will make a shocking discovery together. They remember meeting Diane at the Metro Court just minutes ago. But now, they will find her all injured after the hook killer has attacked her as well. Following this, Sonny will console someone in need. On the other end, Finn will fight

to save someone’s life.

Over with Anna and Valentin, they will share a sweet moment together in the coming week. Later, they will meet someone who will become their new ally. After that, Nikolas will also have a big sacrifice to make to someone. Of course, this will have something to do with proving his love for Ava. Other spoilers say that Nikolas will also bicker with Finn. So, chances are there that Ava’s health might get some complications.

Further on General Hospital, Curtis will want to seek some genetic counseling. So, Portia will grow concerned about it as she is already trying to find Trina’s paternal history. Later, Portia will corner Jordan and will ask her to keep Trina’s bio dad’s secret under wraps. Whatever it is, the discussion will soon escalate to a heated argument.

Elsewhere, Dante will have some brainstorming sessions with Josslyn. Looks like Dante will continue to suspect Dex. While Josslyn will help him in the hope that she might be able to clear Dex’s name from all this mess. Across the town, Austin and Mason will again get into an argument.

Other General Hospital spoilers claim that Cody will learn that Mac might be his father. So, Maxie will encourage Cody to get ready for everything. She will try to fix the impression that Cody has built in his mind about Mac. And then, she will ask him to get a DNA test done.

At the Pentonville, Victor will pay a visit to meet Spencer. Elsewhere, Liz will get the hypnotic treatment. Not just that, all her past memories will return back, and she will have a clear mind to think about the solution for her health. So, she will also inform Gregory about her returned memories.

On the other end of the town, Brook Lynn will help Harrison to rehearse for his next musical performance. Stay tuned as GH is going to air more twisted episodes in the coming future. Until then, watch General Hospital, it airs every weekdays on ACB. For more information on updates and spoilers, visit our website, TV Season & Spoilers.