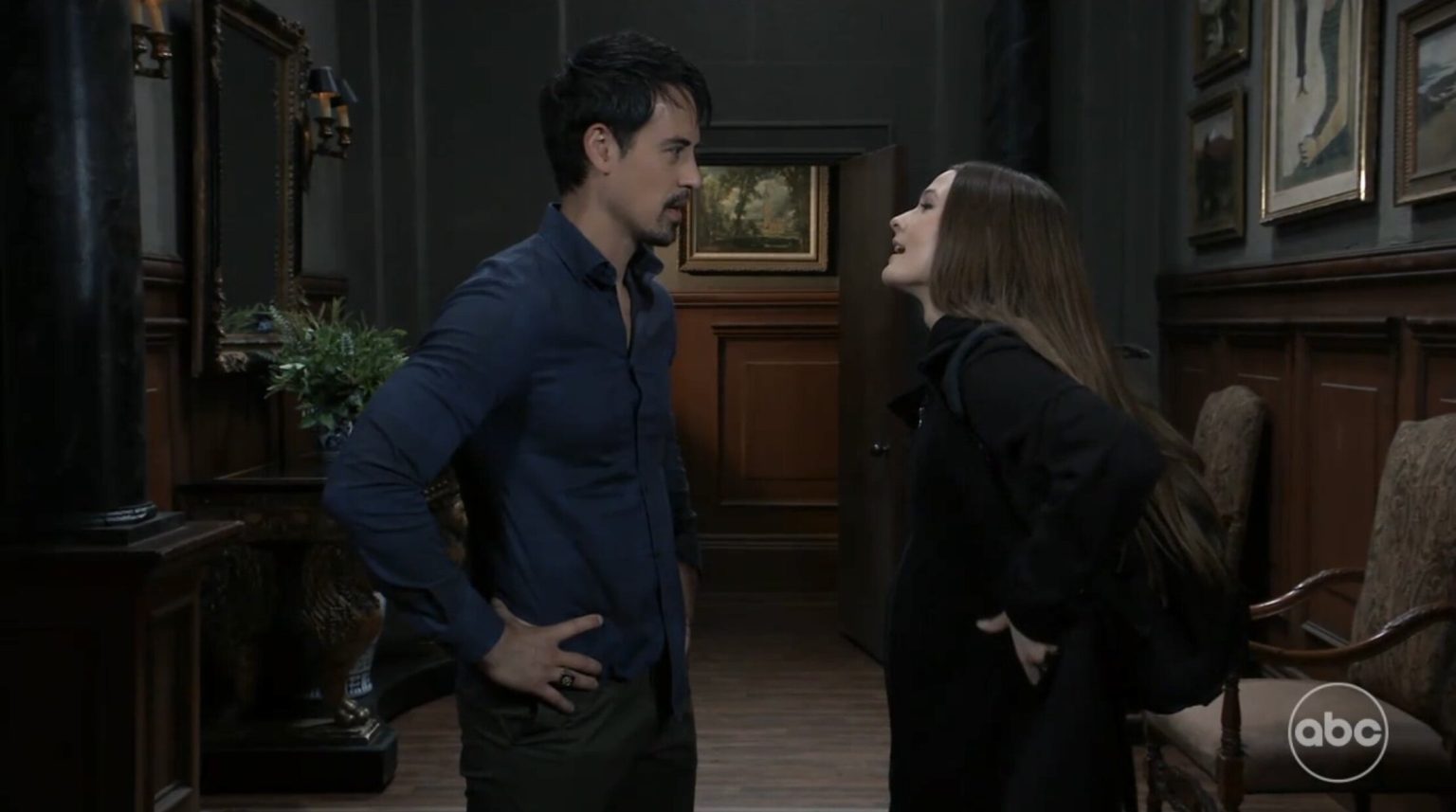 General Hospital spoilers for October 12, 2022, tease that Esme will show her baby bump to Nikolas, and this is going to change everything for him. Next, Carly will deliver a passionate speech at the city council, which will impress Drew big time. GH spoilers say that things are going to get hot and heated between the two soon. Elsewhere, Anna and Valentin will fear for Lucy, who will be in danger. Keep reading to know what is brewing in Port Charles.

In this episode of General Hospital, it will be time for Cameron to take the initiative. Since he can clearly see Josslyn’s efforts to make Dex look like a good person, General Hospital spoilers tease that Josslyn will ask Cameron about it and wonder if he has problems with it. Although it’s unknown what she asks, it will definitely be about Dex. Since Cameron doesn’t trust Dex, he will surely have a problem with her request.

Speaking of Michael, he will clearly ignore Sonny’s pleas. Later, Ava will advise Sonny that it is fine if Michael doesn’t want to sort things out. Ava had experienced this with Kiki before she died. So, she will understand how it feels and will comfort Sonny.

Elsewhere, Nina was successful in making Victor change his rooms in the metro court. Now that Victor is staying in a bugged room, Anna and Valentin can listen to whatever he is speaking to. During this, Victor will get a call from Deputy Mayor Ashby, who will alert him about trouble. Once Anna and Valentin get alerted, they will fear for Lucy’s safety.

Speaking of Lucy, she will try to leave Victor’s room, but Johann will stop her. Since Johann already suspects Lucy, he will make sure that she doesn’t leave the room until Victor is done sorting out the trouble. Until then, Johann will search for any listening device in the room.

Elsewhere, Carly will be prepared to stand in front of the city council. As she delivers a passionate speech, Drew will be super proud of her. Other General Hospital Spoilers claim that Drew will prepare something special for Carly soon. So, stay tuned to see what that is.

At Wyndemere, General Hospital spoilers say, Esme and Nikolas will have a face-off. When Nikolas tries to dial the cop’s number, Esme will drop a huge bomb. She will say, “you cannot call the cops on us”. When she mentions “us” Nikolas will grow curious as to what she is saying. This will be the time when Esme shows her baby bump to Nikolas.

Initially, Nikolas will find it difficult to believe that it really is his child. However, Esme will tell him it is his child. As for Esme, she will be using this pregnancy as a way through which she can escape prison. Other spoilers tease that Esme and Nikolas will battle for control, but Nikolas will soon find a way. Stay tuned and watch General Hospital, it airs every weekdays on ABC. For more updates and spoilers, visit our website, TV Season & Spoilers.