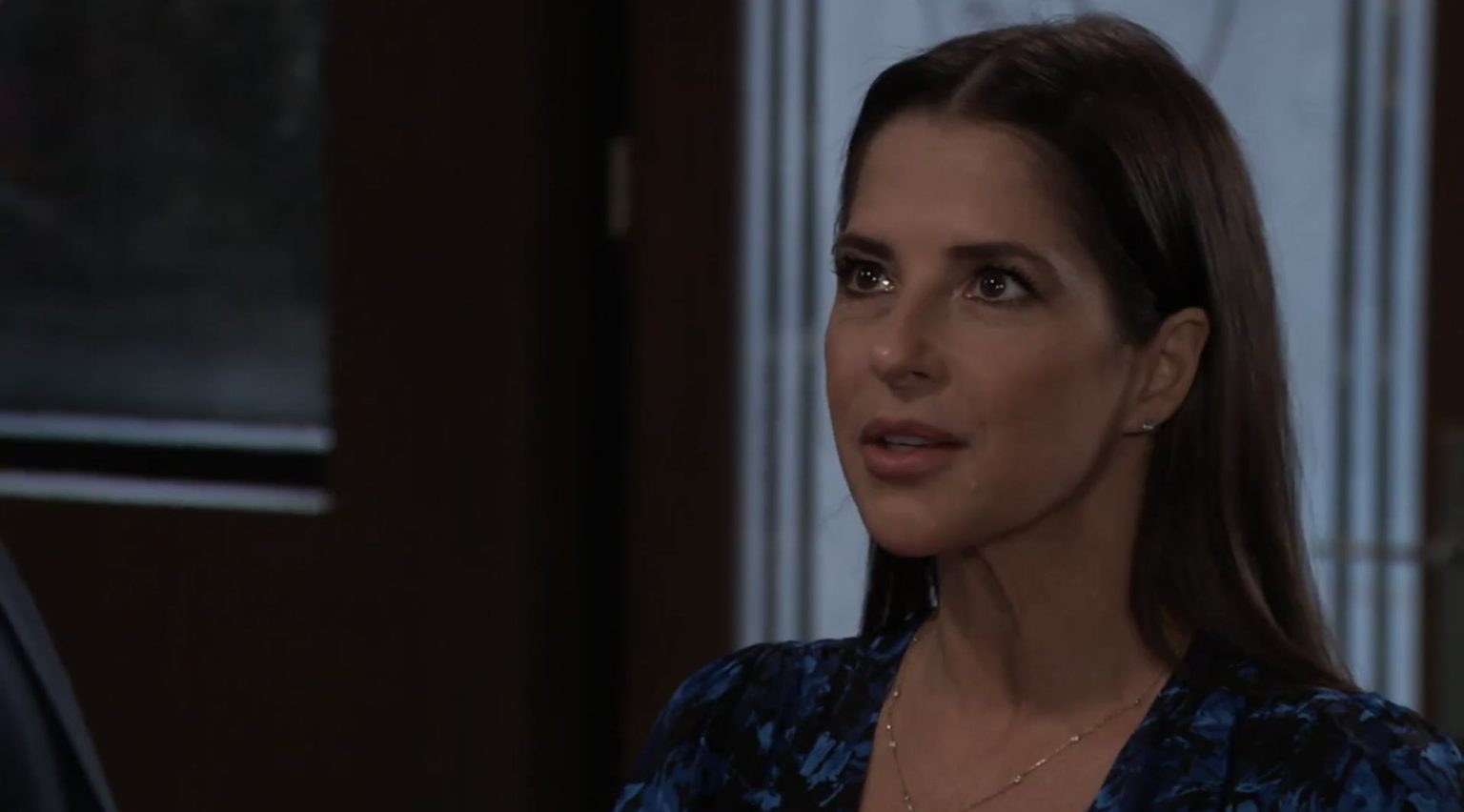 The October 13, 2022, episode of General Hospital was pre-empted, and hence, the episode will air on October 14, 2022. The spoilers for the upcoming episode reveal that Sam will warn Britt about Cody. However, she would rather be confused with Sam’s behavior. Over with Lucy, she’ll be in a huge mess because Victor is certainly plotting a sinister plan. Elsewhere, Carly will finally decide on her surname. What could that be? Let’s read further to know what unfolds in today’s episode.

On Friday, Victor will get intel about Lucy’s intention. He already is a shady guy who never spares people who plot against Cassadines. Now that Lucy was plotting against him, he will surely not leave her at any cost. General Hospital spoilers tease that Anna will also get some intel about Victor’s accomplice and will share it with Robert. Turns out that it will be Deputy Mayor Eileen Ashby. Robert will be extremely worried for Anna and will want her to watch her steps.

Over with Carly, she will meet Peyton and will ask him about the votes. Honestly, Carly won’t be interested in knowing whether she succeeded or not. In her heart, she knows that she gave her best in the city council. That would be just enough for her. Later, Carly will meet up with Bobbie and have a conversation. Looks like Carly will announce her change in surname to her. There is a huge possibility that Carly will choose “Spencer” to be her surname to honor Bobbie. Stay tuned to know what she chooses.

Next, Maxie will want to know what Spinelli is facing in his life. Looks like he will be in a tough spot due to his society set up a business. However, it will be Sam who will come to help him out in the end. Amid all the problems Spinelli is facing, Sam will wonder if Cody can back off and leave Spinelli alone. For the same, Sam will approach Cody and ask him to consider Spinelli’s situation and not be a troublemaker in his life.

As for Cody, he will agree with Sam, but she will still find it difficult to believe him. Later, Sam will come across Britt and will feel to warn her about something. General Hospital spoilers tease that Sam knows Cody is manipulating Britt. So, she will indirectly warn her about Cody. She will remind her that maybe society setup is not always correct. So, Britt will wonder what is wrong with Sam.

Speaking of Cody, Dante will approach him to ask about Mac. Looks like Cody will want to get to the bottom of the mystery. So, he will think about getting a DNA test done to find whether Mac is really his father or not. Stay tuned and watch General Hospital, it airs every weekday on ABC. for more updates and spoilers, visits our website, TV Season & Spoilers.