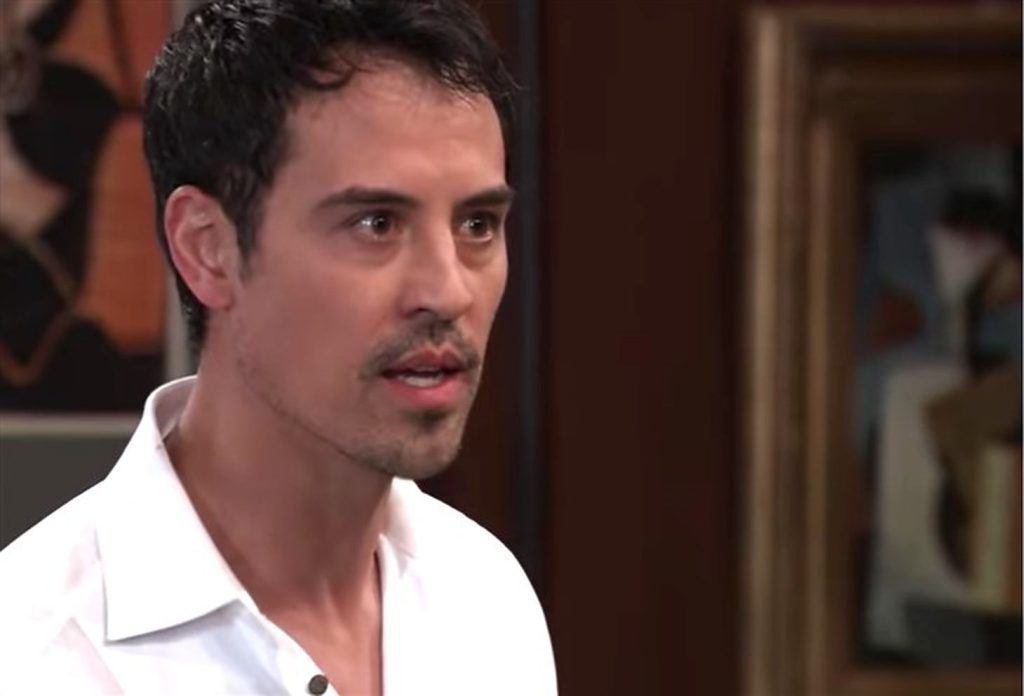 General Hospital spoilers for the next two weeks, from January 16-27, 2023, reveal that Spencer will have a baby plan. He will discuss everything with Diane and seek some legal help from her to keep Esme’s unborn baby safe. In the meantime, Ava and Victor will team up to takedown Nikolas after they realize that he is a burden. Over with Nina, she will reveal the bio link to Sasha and share about Carly’s deception.

During the week of January 23-27, 2023, Nikolas will feel that the walls are closing in and will seek some help from Laura. Looks like Nikolas might also make a major decision. Will he leave the town to escape from the legal mess? Over with Dante, he will push Heather to provide him with information about the hook. Will she do what she promised to him? Keep reading to know what is brewing in Port Charles in the coming weeks.

First, Spencer will seek some help from Diane, which will shock her. General Hospital spoilers say Spencer will have the plan to take care of the unborn baby. Fans know he has been telling Esme that he is the baby’s father. To make her believe, Spencer will now manage to get fake DNA reports. He will plan to provide a good upbringing environment for the baby. Given how Esme and Nikolas are, he won’t want the baby to have a chaotic childhood because of the parents.

So, he will want to prove that he is the father to take full custody of the child. Diane will warn Spencer that he is taking a risky move and might actually put himself in more trouble. In the meantime, Ava and Victor might team up to take down Nikolas. As for Victor, he has realized that Nikolas is just a burden and nothing else. So, both of them will now make some major risky moves to take down Nikolas.

Further, Nina will reveal to Willow that she is her birth mother. Initially, she won’t believe it and will lash out at Nina for that. However, Nina will promise to provide her DNA proof, so she won’t have any more doubts. Not just that, she will also reveal how Carly was sitting on this massive secret for all these months. Later, she will rush to take some medical tests and match her donor with her daughter. Both Willow and Michael will make it clear that just because she is the mom, it doesn’t mean that they will forgive her for her past deeds.

Speaking of Carly, she will face the music now that she has come clean to everyone. Sonny will call out her lies and will accuse her of seeing revenge on Nina. Fans know that it wasn’t Carly’s intention to do something like that since she just wanted to keep Willow away from Nina. We have to see how Michael and Willow will react to Carly’s deception.

Other spoilers say Cameron will witness something really heartbreaking this week. Chances are there that he might witness Josslyn and Dex kissing each other. So, he wil be heartbroken to see his ex-lover moving on from him that quickly. It will be interesting to see how Cam will react when he finds that Josslyn already cheated on him when they were in a relationship. Stay tuned to see that.

General Hospital Spoilers For The Week Of January 23-27, 2023: Nina Shares Her Ordeal With Sasha

Next week, Nina will give the shocking updates to Sasha about Willow being her biological daughter. General Hospital spoilers claim if Nina’s bone marrow matches, Willow will still have to make a decision. She will now have to think if she wants to go through the premature delivery or have the transplant first. We will have to wait to see what decision she makes.

Elsewhere, Drew will get some advice from Olivia, so he might now want to get his feelings straight. Looks like Drew will think about what to do with Carly after all the lies she has said. Will he continue to love and forgive her for her mistake? Other spoilers say Nina will witness something grow furious at Carly. There is the possibility that she might see her kissing Drew and having a cozy moment with him. After such a shocking deception, Nina might fume in rage to see Carly behaving normally and might also decide to teach her a lesson.

Nikolas Escapes From The Town?

Coming up next, Nikolas will seek some help from Laura. Looks like Ava and Victor will make a dangerous move and Nikolas will fear for his future. General Hospital spoilers say Laura will have bad news

for Nikolas next week. So, once he feels that the walls are closing down, he might make a major decision. It is won’t be a surprise if he decides to escape the town. He won’t want to end up in prison for holding Esme captive.

At Spring Ridge, Dante will come to meet Heather and remind her of her promise. He will want her to pry information from Ryan about the hook killer. Fans know that Heather is the killer, so she is just playing and distracting the cops. Dante will also remind them that he won’t let her stay at Spring Ridge if she does not pry for information. So, what will Heather do now? We will know that. Stay tuned to see what happens in GH in the coming weeks. General Hospital airs every weekday on ABC. For more updates and spoilers, visit our website, TV Season & Spoilers.