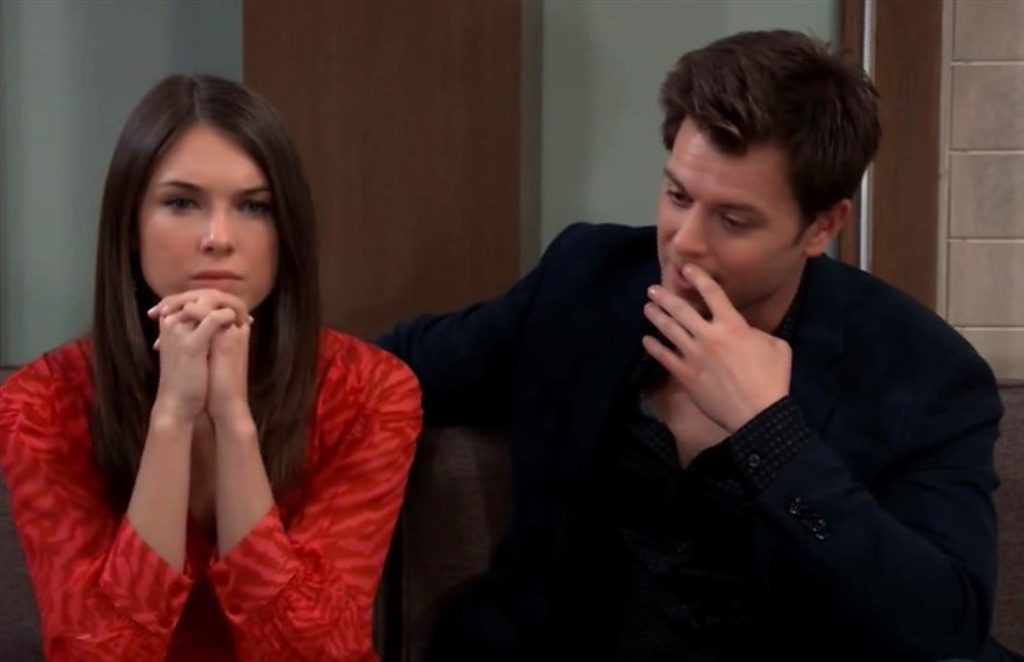 General Hospital spoilers for the next two weeks, from January 9 to 20, 2023, reveal that Carly will confess her sabotage schemes to Drew. Once she learns about Willow’s health crisis, Carly will confess about Nina and Willow’s bio link. As for Nina, she will also get a shocker about Willow being her daughter. Looks like Nina’s bone marrow will eventually match Willow’s. On the other end, Gladys will seek some help from Sonny.

During the week of January 16-20, 2023, Willow and Michael will learn that Nina is her bio mother. However, that discovery won’t certainly change their enmity, and Michael will remind her of that. At the same time, Michael will also blast at Carly. Elsewhere, Heather will try to stir up some suspicions, and Ryan will warn her to watch her steps. Ava and Victor will also team up to take down Nikolas. Keep reading to know what is brewing in Port Charles in the coming weeks.

General Hospital Spoilers For The Week Of January 9-13: Carly Makes A CONFESSION

First, Carly will learn about Willow’s health crisis. General Hospital spoilers say this update will certainly put Carly in a tough spot. She will realize that Willow’s search for her birth parents was for the bone marrow transplant and not for some other reason. This shocker will be enough for Carly to confess all her sabotage plans to Drew.

Since the spoilers say Drew will also get a stunning update, it could be Carly confessing her deeds to him. Once she confesses about her sabotage plan and the fact that Nina is Willow’s bio mom, Drew’s mind will go blank. All this while he was thinking that Carly was helping him throughout, but this shocker will blow his mind. Looks like they will rush to the hospital or will go to Nina to ask for help from her.

Next, Nina will find Willow’s medical health reports mixed with Britt’s health reports in a box. General Hospital spoilers reveal that Nina will also learn about Willow’s cancer and will grow concerned about her. However, things will get chaotic when she assumes Michael is responsible for the delay. Looks like Nina will come to know about Willow delaying her chemotherapy for a few months, which has put her in more danger.

GH fans know that it was Willow’s own decision to delay her chemo so that it doesn’t harm the child. Moreover, Michael wasn’t aware of Willow’s cancer at that time. So, Michael may think that it is not Nina’s business and may also lash out at her for taking her medical reports. Later, Nina will also learn that Willow is her bio daughter. Once their bone marrow matches, things will start to clear up.

Further on General Hospital, Gladys will seek some help from Sonny. The spoilers say she will lose all her money in the poker game, so she will want him to make his mob help her escape from the situation. While Gladys is ruining Sasha’s future by losing the money, Sasha will connect with someone else. She will find some similarities between her and Cody.

Elsewhere, Victor will get pissed off after he discovers that Nikolas got Esme pregnant. He feels that Nikolas is nothing but a burden, he will decide to confront him. This week, Victor and Nikolas will face off with each other. Later, Diane will be summoned for some crisis, which may involve Sonny. Looks like Dex and Michael will be successful in sending him to prison. Nevertheless, Diane will help Sonny get a temporary fix, so stay tuned to see what it is.

General Hospital Spoilers For The Week Of January 16-20, 2023: Willow-Michael Learn About Nina

Next week, Willow and Michael will struggle with some stunning updates. General Hospital spoilers say they both will finally get updates about Nina being the biological mother. As for Michael, he will make it clear that past mistakes will not be forgiven. Just because Nina is a bio mom, they won’t forgive her for the things she has done in the past. While both parties will have a conflict, Nina will, later on, lean on Sonny for some comfort.

Speaking of Sonny, he will blame Carly and will tell her that her trying to sabotage this all might be one of her revenge plans. However, fans know Carly was unaware of Willow’s cancer, and her intention was just to protect Willow from Nina. Michael will also be upset with Carly and will lash out at her at some point next week. So, Josslyn will be the only person who will support Carly in all this.

Back with Sonny, he will still be in trouble. Although Diane somehow managed to help him out, the trouble is not over for him yet. Dex will reassure Michael that he is still willing to help him take down Sonny. Although he promised to stay away from Josslyn, that is something fans know that he is lying about.

Next, Ryan will warn Heather about something. General Hospital spoilers say Heather will plan to stir some suspicions in town, so that is why Ryan will ask her to watch her steps. Until now, everyone was thinking that Esme was the hook killer, but Dante struck that possibility off. Since she was in the hospital when the last victim was attacked, Esme won’t be a suspect anymore.

Over with Victor, he will finally realize that Nikolas is just a burden and will decide to team up with Ava to take him down. It will be interesting to see how these enemies will team up and put Nikolas in jail. Elsewhere, Portia and Curtis will urge Marshall to get genetic counseling done. However, it won’t be that easy since he won’t be willing to get one.

Finally, Cameron will witness something which will break his heart. Chances are that he might witness Josslyn and Dex kissing. So, this might remind him that she no longer belongs to him. Whatever the case, Cam will finally realize that they both have seriously parted ways. Stay tuned and watch General Hospital, it airs every weekdays on ABC. For more updates and spoilers, visit our website, TV Season & Spoilers.