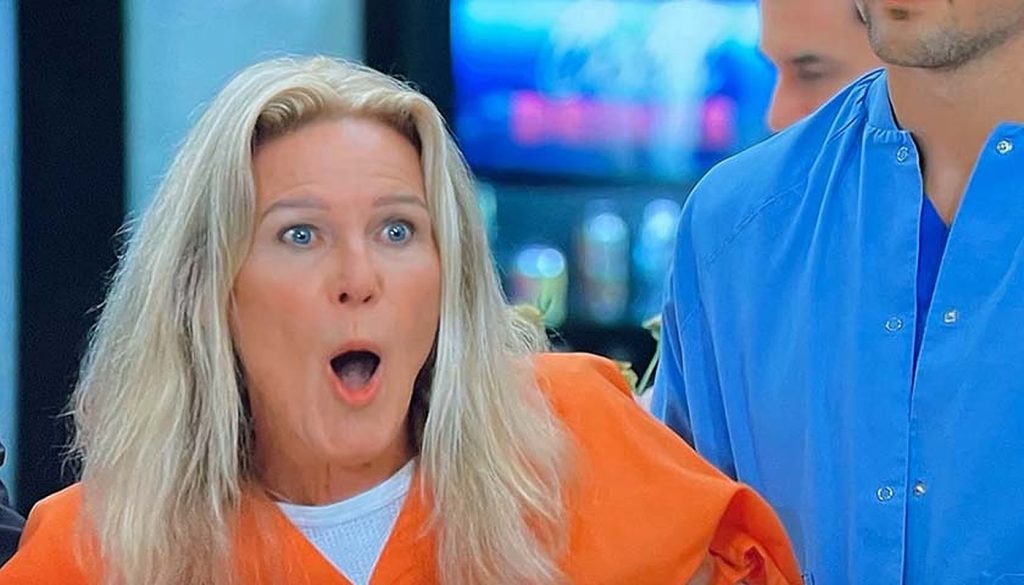 General Hospital spoilers for the upcoming two weeks, starting October 31 to November 11, 2022, tease that Liz will come face-to-face with Jeff. This will lead to a series of exchanges of traumatic memories. On the other end, Valentin will learn about Anna’s arrest and will be furious. Gregory Chase will also have some concerns. What could it be?

During the week of November 7 – 11, 2022, General Hospital spoilers suggest that Michael will finally learn about Willow’s health condition. He will be completely heartbroken over the news. Across the town, Hook killer will attack another innocent citizen. At Wyndemere, Esme will escape the house and leave Nikolas panic over where she has gone. Keep reading to know what is brewing in Port Charles in the next two weeks.

Previously, General Hospital viewers saw how Jordan kept pressurizing Portia to come clean with Curtis about the paternity secret. However, looks like Jordan will again grow concerned. General Hospital spoilers tease that there will be some changes in Portia and Curtis’ marriage. Either it will be postponed, or the venue will be changed. Whatever it is, Jordan will again want to approach Portia and ask her to tell Curtis the truth about Trina and her bio dad.

Over with Valentin, he will finally learn about Anna’s arrest from Felicia. Inside the courtroom, when Anna’s case is heard, Victor will act like Valentin’s absence speaks volumes. He will show that Valentin knows Anna is the shooter, and that’s why he backed off. However, fans know how cleverly Victor sent Valentin to Switzerland to reunite with Charlotte. This is when Felicia will call Valentin and fill him with what has happened.

Of course, Valentin will fume in rage and get into an altercation with Victor’s bodyguard. But will he be able to help Anna? We will know that. Elsewhere, Gregory will have some concerns for Alexis. This might be about her frequent efforts to trigger hook killer. First, it was the article, and now she might be trying some new tricks.

Elizabeth Lashes Out At Jeff

Further on General Hospital, Elizabeth will come face-to-face with Jeff Webber. Since Jeff will come earlier than expected, he will find Liz at his home. All this while, Liz has always hated Jeff, and whenever Finn wanted to call him, she clearly stopped him from doing that. The spoilers suggest that Liz will vent out all her inner feelings to both Jeff and Carolyn.

Speaking of Finn, he will get a new patient in the hospital. Turns out the new patient will be none other than Heather Webber. She will share her worries about how she had to spend time with some crazy people in prison. However, fans are well aware of how much crazy she herself is. Stay tuned to see what happens after Heather is back on-screen.

During the week of November 7-11, 2022, Hook Killer will attack another innocent person in Port Charles. Before that, looks like Esme Prince will also escape from Wyndemere. General Hospital spoilers claim that Nikolas will be shocked and wonder where Esme has gone. The real question is: why Esme and Hook killer’s timing always clash? We will know soon.

Over with Willow, she will receive her test results and will be shocked. Looks like Willow will be in her stage three of Cancer. This will be the time when Willow comes clean to Michael about her health. He will be devastated by the update and be upset that Willow hid it from him. in the meantime, Nina will share her doubts about TJ and Willow’s affair with Sonny. So, he will confront Michael with the same question. However, Michael will know why Willow was with TJ. Since he now knows about the Cancer and the treatments, the update won’t make any effect.

Next, Liz will have some shocking updates about Reiko for Finn. Fans already know that Reiko is Finn’s ex-wife and also has some connections with Jeff. So, this shocker will certainly turn Finn’s world upside down. Liz will also land in grave danger. We will have to wait to see what this shocker is about. Elsewhere, Scott will have a run-in with Heather Webber. So, it will be interesting to see how Scott will react.

Over with Sam, her search regarding the necklace will lead her to some updates. She will want to update Britt about the same. But before that, Cody will have some secrets that need to be investigated. Cody’s DNA results are also awaited. So, that might also come. At Pentonville, Spencer will receive a shocking visitor. Could that be Trina? Chances are high, given how much she kept thinking about Spencer in her whole trip with Rory. Finally, Jordan will get a clue about some fugitive. So, could that be Esme or Alex? Stay tuned to know what happens next. General Hospital airs on ABC. For more updates and spoilers, visit our website, TV Season & Spoilers.