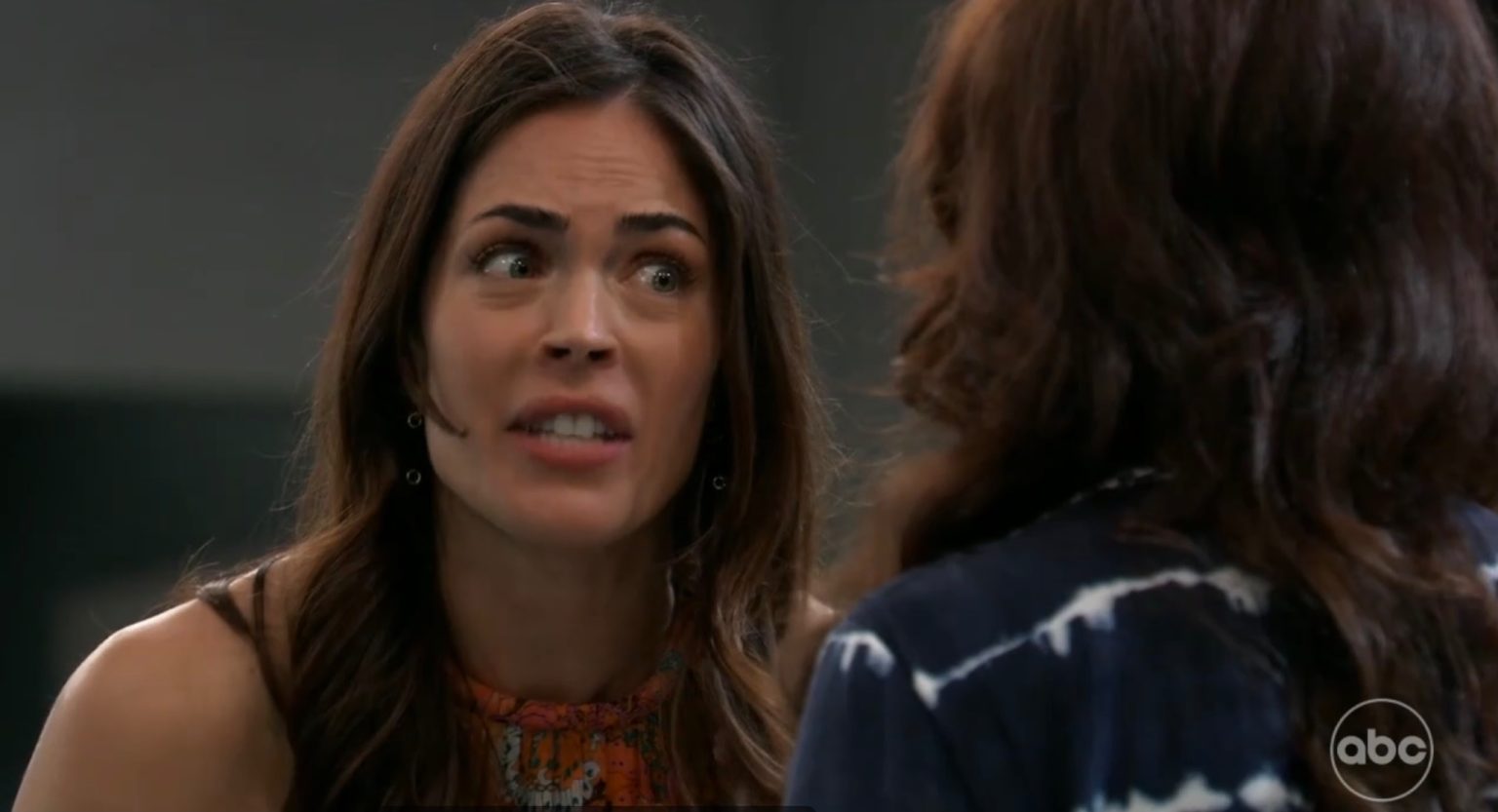 General Hospital spoilers for the week of December 26, 2022, suggest that this week will see a number of interesting storylines. First, Britt will be in the mood for a party, and Sonny will make a risky deal. Spencer and Trina will also be onto something while Esme tries to work with Liz. Cyrus will have a proposition for Laura, and it will take her by surprise. What could that be? Keep reading to find out.

General Hospital: Everyone Is There For Britt

The week of December 26, 2022, will start on a shocking note because Britt will make a move that nobody expected. General Hospital spoilers tease that Britt will decide to step down from the Co-chief of staff position at the Hospital. This will take Terry by surprise because both of these women had put up a tough fight when they were in the election.

This isn’t all the Britt spoilers because later on in the week, Liesl Obrecht will make a vow. So, it is likely that Britt’s health will start to decline, and Obrecht will decide to stand by her daughter nevertheless. She will want to help her daughter in any way she can. On a happier note, Britt will be ready to party for her birthday bash. There will be a grand party at the Haunted Star, just as she planned.

Plans Are In Motion

Next, General Hospital spoilers say that Heather Webber will make a big discovery while she is at Spring Ridge. She will witness a shocking sight. So, it will be really interesting to see if it has something to do with Ryan Chamberlain and the scheme they are working on. GH’s spoilers hint that both of them are trying to find their daughter. So, all of this is going to get really interesting.

Speaking of schemes, Trina and Spencer will join hands as they try to find Rory’s killer. They will try to figure out who “The Hook” is, and they will be very determined. These two detectives will soon find some clues as they crack this case. Would they be able to find the truth, though? Only time will tell. More Spencer-related spoilers say that further in the week, Spencer will apologize to Ava for his behavior in the past. He had held Ava responsible for everything, but Nikolas did. He will do what he can to make amends regarding that.

General Hospital: Sonny Is In Danger, and Carly Continues To Manipulate

General Hospital spoilers for the week of December 26, 2022, confirm that Sonny will negotiate a deal, and it will be a rather tricky one. This will have something to do with the offer Valentin Cassadine had made to him. So, all of this will be a tricky business. While Sonny is cracking that deal, Dex Heller will feel like he can take Sonny down while he is making all of this work. But, it will also raise stakes for him. Michael is counting on Dex to do something about it. We’ll have to see if any of it comes through.

More Michael-related spoilers say that Michael will give Willow a pep-talk where he will try to boost her spirits. Willow is in dire need of bone marrow to survive. So, she will start to worry about it even more. As Drew Cain tries to find the truth about Willow’s parentage, Carly will continue to make a mess of it. It is for sure that Carly will face a big backlash.

Back with Ava, while she might make peace with Spencer, she will be really furious with Nikolas and Elizabeth. While she did feel like she must back off when she came to know about Elizabeth’s miscarriage, she will start feeling furious again. She will give Nikolas an earful and save some for Liz. Regardless, both Nikolas and Liz will have to face the wrath.

Speaking of Liz, she will have more Esme Price drama to deal with. Esme will try to work with Liz and tell her that she would keep her out of her story if she called the cops. However, that boat might float because Esme will try to escape later on in the week. More on Liz, she will make a confession to Finn. So, we will have to wait to see if she would tell him the truth about the baby or tell her about Esme. Whatever it might be, Finn will be shocked.

There will be other things happening on General Hospital as well. Maxie will give Brook some advice about her relationship with Chase, and Sasha will do the same for Chase. Other than that, Valentin and Anna will continue to be on the run and search for Lucy Coe.

However, they will face some mysteries and struggles. Rounding off will be Cyrus, who will have a proposal for Laura. It is likely that he would offer to make a plan to take Victor down. Would Mayor Laura agree? We will have to wait to know. General Hospital is bringing much drama. Make sure you tune in and enjoy. GH airs on ABC all weekdays. Don’t miss the action.