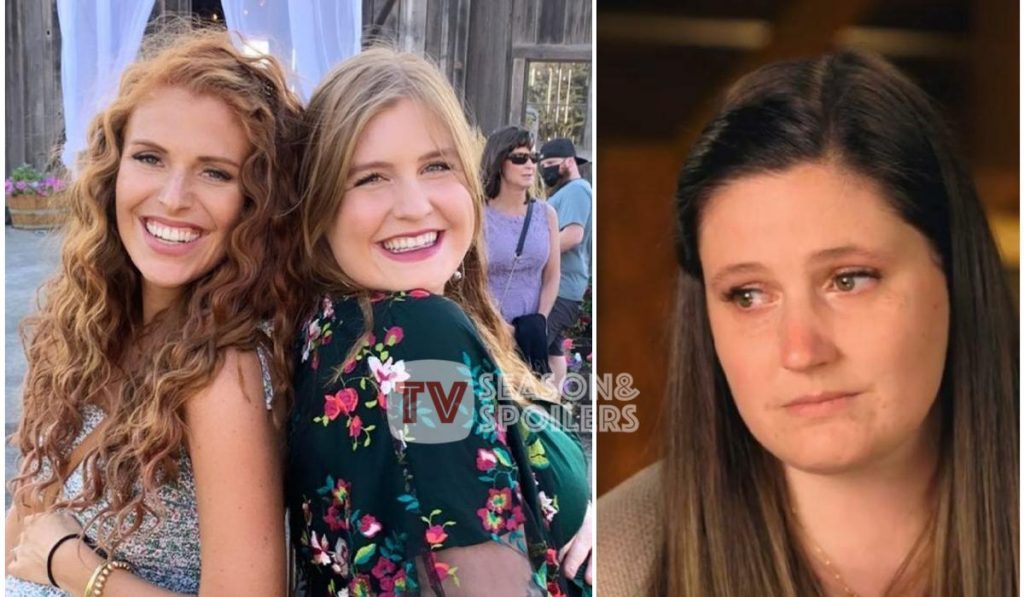 LPBW: Isabel Hints She’s Hanging Out With Audrey Amid Feud With SIL Tori

Isabel Roloff has never starred in Little People Big World. Her husband and former LPBW child star Jacob Roloff introduced her after he quit the show. Now, the couple showcases chunks of their lives through social media. Otherwise, they remain very low-key. Lately, Isabel took to her social media to share that she had befriended someone new. Well, it was none other than Audrey’s new cat. So, the viewers understood that both Isabel and Audrey had been spending some time together. They couldn’t help but wonder why their other sister-in-law, Tori Roloff, wasn’t present at the scene. Was it because of the ongoing family feud? Keep reading to know all the details about this.

Well, it seems like Matt and Zach Roloff aren’t the only family members with a strained relationship. Many LPBW viewers speculate that things keep going on and off between sisters-in-law Isabel, Audrey, and Tori. While the latter two have still made a lot of posts spending time with one another, Zach Roloff’s wife usually remains absent from such events. But she does show up for big days, like Amy Roloff’s birthday and her wedding with Chris Marek. Lately, Isabel put up a wholesome post about spending time with Audrey’s family pet. She stated that she was “obsessed” with the little creature. So, the LPBW fans could tell that while Audrey and Isabel enjoy each other’s company, Tori rarely gets invited to these events.

In fact, noted LPBW star Amy Roloff had also mentioned that Jeremy and Zach’s families don’t get along with each other all that much. The matriarch stated that it was because of the farm feud. So, the viewers could tell that they still haven’t made amends despite the farm not going to any of the siblings. While these ladies have not yet shed light on this matter, speculations run high that Isabel and Tori are also feuding and don’t meet with each other. Some disagreed with this and pointed out that Tori has moved to Washington. So, it must be hard for her to commute hourly for these events. Audrey and Jeremy’s new house is only 10 mins away from Roloff Farms. Whereas, Jacob and Isabel now live on the family farm

in an RV to save funds.

LPBW: Isabel Too Proud To Ask For Help From Tori Roloff?

There was yet another instance where the LPBW fanbase found out that Isabel and Tori were not on good terms. Both the Roloff ladies are obsessed with the international singing sensation Taylor Swift. In fact, she is supposed to perform in Oregon in her upcoming tour. So, Jacob’s wife took to her social media to reveal she wasted an entire day to get the ticket to Taylor’s concert. However, things didn’t work out in her favor. But she also asked her followers to hook her up with an extra ticket in case anyone had it. Moreover, Isabel was also willing to pay them a high sum for the same. At the same time, Tori also made a post on her Instagram.

The mother of three had plans to go to the same concert Isabel wished to get tickets for. Tori is supposed to go with her girlfriends to watch Taylor Swift. So, LPBW fans couldn’t help but wonder why Isabel didn’t ask her sister-in-law for help in getting her the passes. That’s when speculations began once again that the young star must be too proud to ask for help because of their supposed ongoing feud. Or maybe they were never so close that Isabel could openly ask the family member for assistance. In any case, the viewers were certain that the feud had something to do with this. But there is no confirmation about this from any current or former castmates. Keep coming back to TV Season & Spoilers