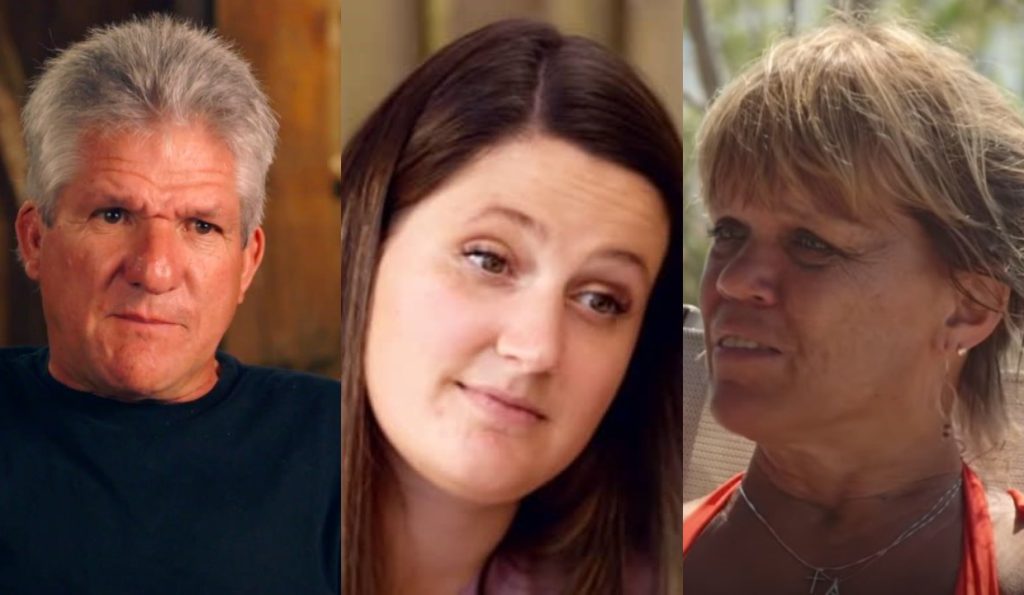 The Little People Big World family is no longer the same. Apparently, since Matt and Zach’s feud started over the ownership of 100 acres farm, the fam’s internal dynamics have completely changed. However, it’s the happy and sad times when the LPBW family comes together, irrespective of their rifts and differences. Hence, to bring back everyone together, Christmas and the year’s end are the perfect deals. But it was shocking to see how Tori threw shade at her father-in-law Matt while the Roloffs were trying to get along. We have all the information you might wish to know, so keep on reading.

The Little People Big World star kid Zach Roloff decided to leave the family farm and restart his life by moving from Oregon to Washington in October 2021. This decision came after Matt decided to chuck off his own son and put the farms on the market. But it seems that life without the patriarch is better for Roloffs. Recently, Tori took to Instagram and shared snaps from the happy day that the family spent together.

The wholesome pictures which Tori shared reminded the fans of the good old times. In one shot, the LPBW matriarch Amy knelt down to pose with grandkids Jackson and Lilah, and the trio grinned at the camera. Tori captioned it, saying that it is literally impossible to take pictures with her kids these days, but her mother-in-law always looks cute. In the consecutive snap, Zach’s and Jeremy’s kids were sitting on a sofa altogether. The TLC star wrote that this is what it’s all about, ladies and gents. Fans loved the wholesome pictures but noticed something in them.

Apparently, the viewers took the snaps to Reddit and started the thread with a caption saying that it’s a cute reunion with Tori’s and Audrey’s kids. Perhaps fans were quick to notice that Matt was absent in the pictures. A user commented that it’s great to watch that Matt isn’t present in the photos, while Tori also always pulls cruel disses by sharing snaps with Amy, leaving him behind. Perhaps, it is evident that Tori is more fond of her mother-in-law than her father-in-law. Recently, she also went shopping with Amy

and had a gala time. However, fans feel that it is justified for her to have disdain toward Matt because of what he did with her husband.

The LPBW fans know that Tori and Audrey have had clashes and rifts in the past. Apparently, there have been several speculations that the duo never gets along. Not only this but the star kids Zach and Jeremy also have had issues since their childhood. Though Jeremy left the show long back, it seems that some instances of him from the past still ghost his twin brother. Recently, Zach shared about how Jeremy used to run from him because he was a dwarf. But it seems that the star couples have decided to keep their issues aside for their children.

Apparently, the star couples are not letting their issues shade the interrelationships of their children. Recently, Audrey took to Instagram and shared a wholesome clip in which Zach’s son Jackson and her daughter Ember Jean were dressed as hot dogs. Both of them looked really cute as they did a mini catwalk. Tori reshared the clip and added that it is really Christmas if you dont dress up as hot dogs. Hence it was evident that the toddlers really enjoyed their time together and didn’t care for the so-called issues of adults. Keep coming back to TV Season & Spoilers for all the latest LPBW tea.