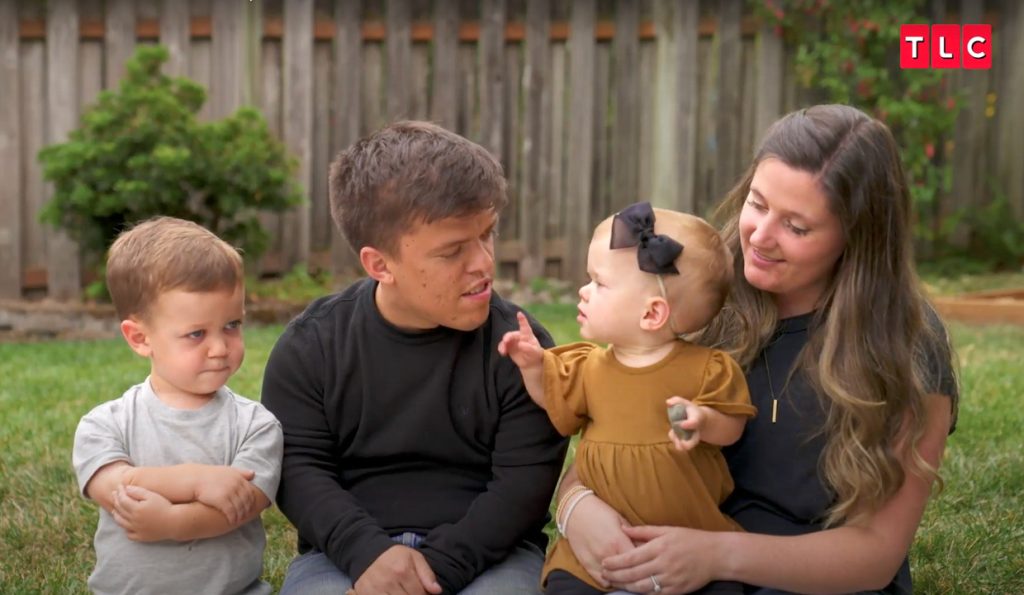 The popular TLC show Little People Big World is not the same as it was. Apparently, fans remember the show featuring Matt and Amy living with their kids on the Roloff farms. However, as time passed, the LPBW couple separated while most of the Roloff kids left the show except Zach. Hence, lately, the center of attraction of the reality show is Zach’s three cute kids, Jackson, Lilah, and Josiah. Over the years, fans have developed a core bond with the kids. Therefore, the viewers can not even tolerate a minor inconvenience to the star kids, even if it comes from their own parents. But recently, fans slammed the star couple for making Lilah cry! To know more, keep on reading.

The LPBW viewers remember that the Roloff family is going through a feud over their property. Apparently, Zach wanted to own a part of the family farms but couldn’t succeed because Matt refused the offer in the end moment. However, since then, Zach and Tori have been living in Washington and have been enjoying their family life. Not only this, but the couple loves to go on outings and camps. Hence, in a recent clip by TLC, the duo decided to take Josiah for his first outing, which Chris and Amy later joined. But it seems that the family picnic didn’t turn out a happy one for Lilah.

Apparently, as Josiah was sleeping, Zach asked his mother to look after their younger one as the Roloffs were going Kayaking. Jackson sat with his father while Lilah sat with her mother. Intially, the kids seemed to be excited, but as they moved ahead, the two-year-old then started crying at the top of her voice. Though Zach asked his wife to leave her with Grandma Mimi, aka Amy Roloff, Tori was determined to make memories with her daughter. Hence, she didn’t let Lilah go back and moved further.

Not only this, but Zach and Tori ignored their daughter’s cries and concentrated on their competition. Apparently, the duo was racing, and both wanted to go ahead. Hence, in the process, Zach splashed the water with a force that directly came on Lilah and Tori. This was the final straw for the two-year-old, and she started to scream and cry at the top of her lungs. Meanwhile, the LPBW child star’s parents were laughing and giggling. Indeed, fans didn’t appreciate this behavior, as it was painful for them to watch their favorite kid cry.

The LPBW star Zach’s casualness regarding his kid was heartbreaking to watch. Apparently, in the clip, the patriarch casually described the event. He even mimicked how Lilah had a grumpy face and was bundled up in her life jacket. Hence, fans took to the comment section and slammed the couple for taking their daughter for granted. A user commented asking why the parents are laughing when their child is crying. Another added that Lilah is a poor girl and the parents shouldn’t take her to such outings until she learns to speak.

Hence, it was clear that fans didn’t like the way Zach and Tori handled their daughter’s fears. Apparently, as per the viewers, they should have at least made up the toddler’s mind, and then they would have taken her. However, even amidst all these, fans were really happy to watch Tori and Zach bond again. Seemingly, there have been issues in their marriage lately, but it seems that they are reconciling and are making their relationship stronger than ever. Keep coming back to TV Season & Spoilers for all the latest LPBW tea.