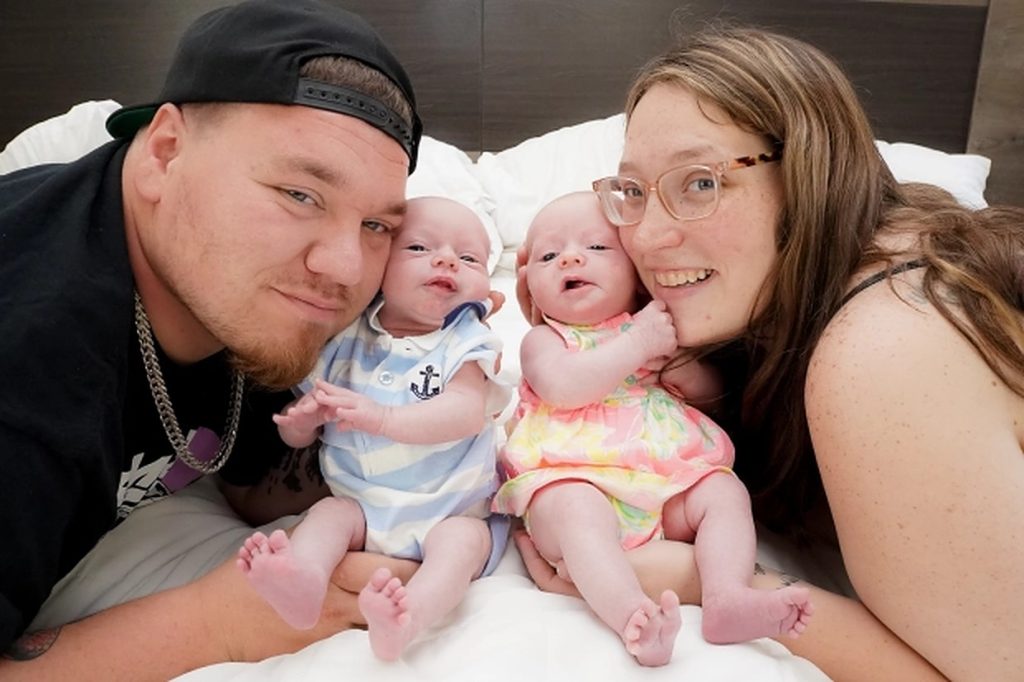 WE TV: PUMPKIN, HER HUSBAND & THEIR KIDS
Mama June

Mama June: Pumpkin Shares Wholesome Update About Her Children, Amid Feud With June!

The Mama June fans know that reality show is one of the most chaotic ones. Apparently, the star kids had to suffer the most. Evidently, from watching their mother go to jail to getting abandoned by their own mother, things have always been rough for the kids. But it seems that Pumpkin and Honey Boo Boo have finally decided to chuck their mother out of their lives and start fresh. Lately, the sibling duo has been trying to overcome the mishappening and are living the best of their lives. Recently, Lauryn posted a wholesome picture of her kids being all happy. We have all the information you might wish to know, so keep on reading.

The Mama June fans know that Pumpkin have had a very troubled childhood. Apparently, the star kid had to face physical abuse in her childhood. Things have been rough, from bearing Sugar Bear’s unjust acts to facing Mama June’s tantrums. However, the star decided to bring her life back on track. Lauryn won custody of her younger sister and moved on in her life. Lately, it seems that the wounds of the sister have been healing, and things are finally falling into place for the duo. In a recent Instagram post, the celeb posted cute holiday pictures of her children.

The carousel of pictures was titled, “Happy holidays, everyone,” alongside a bunch of Christmas-themed emojis. The 22-year-old is a mother of four children, and she also handles Alana’s custody as well. The picture had Ella and Bentley sitting next to each other while the five-year-old enjoyed her hot drink. In the next pictures, the Mama June

celeb had all her kids sitting on the lap of Father Christmas, turn by turn. In the last picture, Pumpkin was smiling as she held little Bentley in her arms. Meanwhile, Bently was investigating the huge Christmas tree behind them. Fans loved the picture and loaded it with several comments while adoring the star kids.

Mama June: Is Pumpkin Planning To Get Her Own Spinoff Now?

The Mama June fans have been after Shannon’s kids to start off their own spinoff. However, it seems that the celebs have finally decided to fulfill their fans’ wishes and have started secretly shooting for their new spinoff. As per reports, Pumpkin and her husband have decided to shoot for their new show with their kids. According to the source, Alana and her boyfriend will also be featured on it. However, fans weren’t surprised when they learned that Mama June Shannon would hardly have anything to do with the new spinoff.

Fans know that the star sisters have decided to abandon their mother now. Apparently, they saw Shannon choosing a man over them. Hence, there is no chance that they would anyhow entertain their mother’s presence in their lives anymore. Evidently, as per the source, the spinoff would feature the family’s trip to Las Vegas and all the highlighted reels of their lives. Fans cannot wait for a toxic, less spinoff. Keep coming back to TV Season & Spoilers for all the latest Mama June tea.