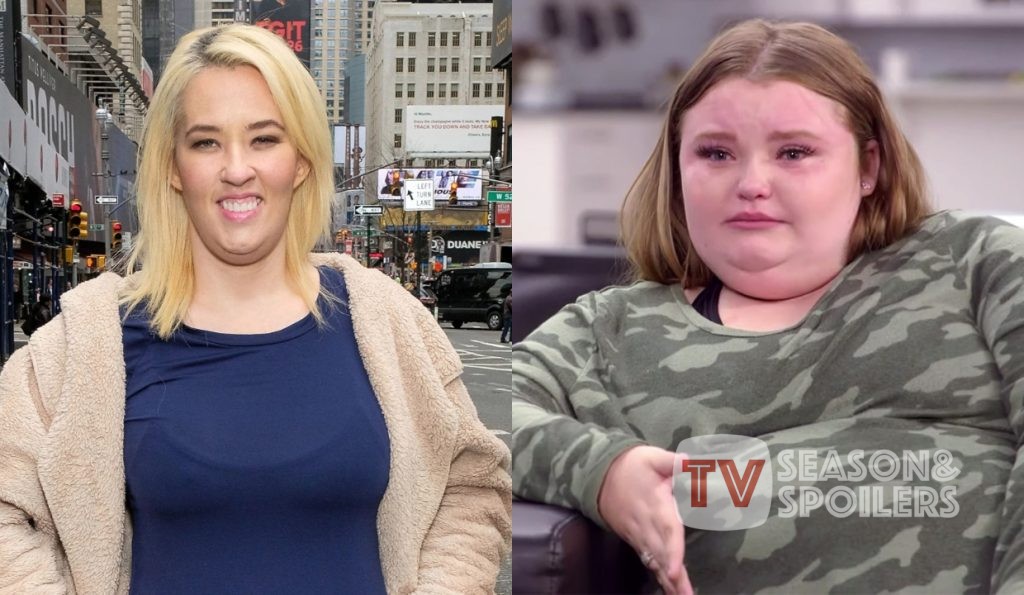 Mama June Shares Shocking Update, Wants To RECONCILE With Her Kids! “Not Giving Up”

Mama June fans are well aware of the toxic and chaotic life the stars have lived. Shannon came into the limelight when she appeared with Alana, aka Honey Boo Boo, on Toddlers and Tiaras. Since then, viewers have loved watching them, and the family got their show, Here Comes Honey Boo Boo. While it became a blockbuster hit, Mama June: Road To Redemption was quickly greenlit. Indeed the matriarch’s spinoff featured the deteriorating relationships of the family and the drug possession incident of 2019. Since then, the mother-daughter bond has died completely, which June now wants to get back. We have all the information you might wish to know, so keep on reading.

The Mama June fans are well aware of the mishaps of the family. Apparently, the matriarch was accused of possessing drugs and had to go behind bars in 2019. Not only this, but when Shannon came out, she chose a man over her kids. The star sisters, Lauryn and Alana, have previously said that they don’t even remember how it feels to have a mother beside them. Indeed, the viewers witnessed the troubled childhood the kids had to undergo. However, Lauryn acted as a savior, took her younger sister’s custody, and saved her life. Evidently, the duo has learned to live their lives without their mother. But now it seems that June wants to come to reconcile with her daughters.

Recently, the celeb took to Instagram and shared a TikTok in which she talked about the recap of 2022. She further added that she had grown emotionally in the last year. Hence, Mama June is working on mending relationships now. Not only this, but as per the matriarch, her mending process is going well so far. But the shocking part was when she revealed that she was in Georgia to celebrate her daughter’s birthday.

Though Pumpkin’s birthday is next week, Shannon wouldn’t be in town, so she decided to celebrate it earlier. In addition to that, June also claims that she is planning to meet her daughters more often and watch out for them. Hence, they are planning to meet once a week at least. Apparently, it’s been a while since fans have been reminding Shannon about the motherly duties she was missing out

on. Well, maybe the former TLC star finally understood and is getting back on track.

Mama June: Alana Talks About Her Estranged Relationship With Her Mother

Mama June posted on TikTok just a few weeks after the star kids Alana and Lauryn joined Bunnie Xo, aka Bunnie DeFord, on her ‘Dumb Blonde’ podcast. They decided to reveal bitter truths about the matriarch and their estranged relationship with her. Apparently, Pumpkin told how her mother’s ex, Sugar Bear used to abuse her in the knowledge of June! Yes, June knew that her girls were getting mentally and physically abused, yet she decided to stay mum and carried on with the flow. Not only this, but the celeb sisters revealed that they knew about their mother’s drug addiction.

Apparently, June was open about when she was doing it and how much she was doing it. Indeed, all these mishaps led to a troubled childhood. The show makers knew that Alana and Lauryn were suffering. Hence, they decided to send them to various therapies. However, few wounds never heal. Hence, recently, when Honey Boo Boo was asked about her mother’s well-being, she simply said that she barely knows anything. Alana further added that her mom doesn’t talk to them often. Indeed fans are eager to watch if, even after all this, the star kids would reconcile with their mother or not. Keep coming back to TV Season & Spoilers for all the latest Mama June tea.