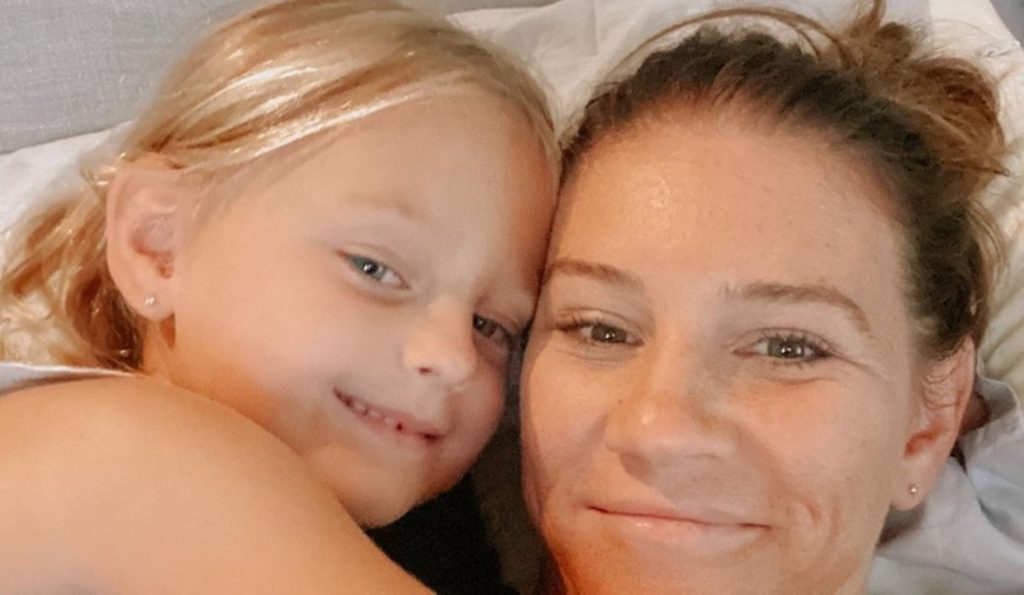 Ava Busby was the first ever quint daughter Adam, and Danielle Busby welcomed. The OutDaughtered star had quite the reputation for being the silent and mature one in the show. However, things have changed since then. Ava is just like all her quint sisters, sweet and silly. Recently, her mother, Danielle Busby, ended up sharing a huge milestone. It turns out that Ava did something quite “grown-up” all by herself. Keep reading more to know all the details about this.

OutDaughtered: Ava Busby Is A Big Girl Now! Pulled Off Her Own Tooth

Danielle and Adam Busby struck a deal with TLC to depict their life on TV. They became stars of the show called, OutDaughtered. It has been following their journey eversince the mama gave birth to her quintuplet daughters. Now they are all growing up slowly yet steadily. Danielle never fails to share major details about her family’s life. Hence, she took to Instagram to share something about her first-born quint, Ava. It turns out that one of her milk teeth was hanging by her mouth.

One of the videos that Danielle put up had Ava moving her loose tooth with the help of her tongue. At last, the Busby mom’s next story had Ava smiling widely for the camera. Viewers took note of the fact that she had a gap in her teeth. Danielle mentioned that Ava was brave enough to pull off her own loose milk teeth. The OutDaughtered fans cheered her own. They also reflected that the quint sisters are growing old very quickly. As of now, the Busby family is on a hiatus, they announced a break from filming for their show this year.

OutDaughtered: Adam Busby Hints That Their Show Is Coming Back On TLC?

Adam Busby and his wife, Danielle, took to social media to announce something massive. They have their own Youtube handle by the name, It’s A Buzz World. There they revealed that they were not shooting for OutDaughtered anymore. Well, they stated that they are on a break and aren’t sure if they will come back for more seasons on TLC. The Busby parents wanted their kids to live an ordinary life without cameras for a while. Moreover, shooting indoors, especially after the pandemic, was getting hard for them. Hence, they wanted their little ones to enjoy their outdoor lives for a while, filled with all sorts of fun activities. There were also reports that the Busby kids did not want to film the show anymore.

Therefore, Danielle, Adam, and their six daughters made the announcement about quitting TV for a while. However, a fan noticed something on the famous father’s profile. Apparently, a viewer wanted to know if they would come back to shoot their show ever again. Instead of responding with words, the Busby dad went ahead to post an emoji with its mouth covered. Since then, OutDaughtered fans feel that Adam was hinting that his family is coming back

for more seasons. However, there is no sure way of confirming this unless this there is a serious announcement about this matter. Keep a check on TV Season & Spoilers for the latest OutDaughtered news.