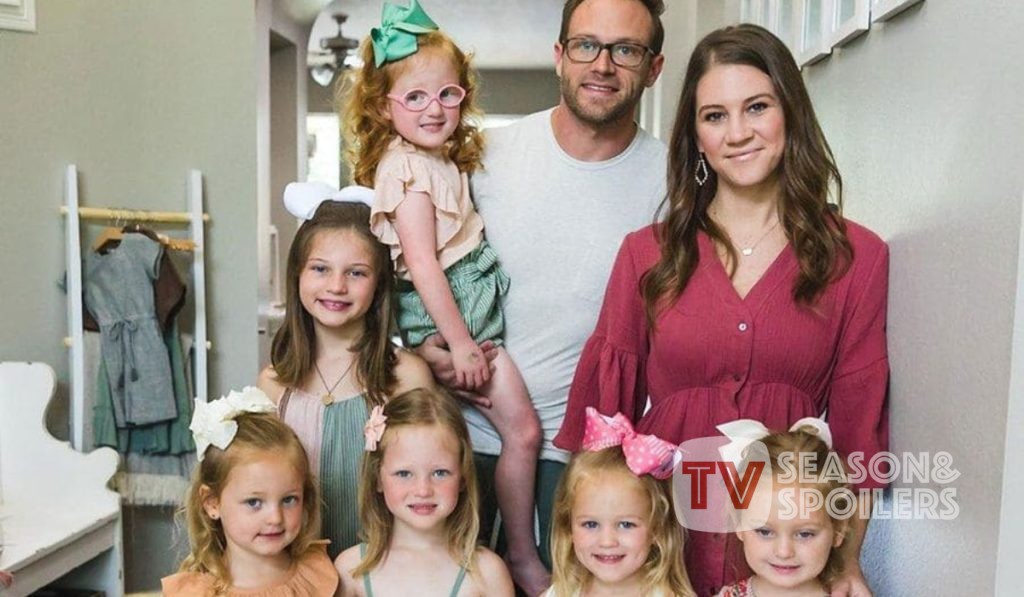 Adam and Danielle Busby have not appeared on TLC with their quint kids and eldest daughter for a long time. All of them would depict their unique lifestyle as a quint family through the show OutDaughtered for several years. Things have been very different for them since them as they announced their hiatus from the reality TV realm. However, Adam’s new post hinted that the family might just be coming back for a special episode. Now, some viewers are worried and feel it might just be their last ever TV appearance! Why do they feel so? Tune in to know all the details about this.

OutDaughtered: Busbys To Appear In A SPECIAL Episode For The LAST Time?

Danielle and Adam Busby became the first parents to have welcomed an all-girl set of quints. They became famous after TLC roped them in to showcase their life on their platform with the show OutDaughtered. It has been smooth sailing for the family until recently. The parents took to their social media handles to announce their hiatus from TLC. They have been on a “year long” break since their last season, i.e., Season 8. Danielle had specified that the family wasn’t sure when they would come back. They wanted to do so when they “felt ready”. Recently, Adam Busby made a post that made everyone feel otherwise. It turns out that one of Adam’s little angels, Ava Lane, was posing with a high-end camera.

Adam mentioned that the Busbys don’t have a fresh vlog for their Youtube handle. That’s because they have been “busy” with something else. Well, the picture was proof enough for the OutDaughtered fans to believe that they might just be making a comeback with their show. However, there were others who thought the Busby family was only filming for a “special episode”. This assumption made others speculate that it might just be Adam and Danielle’s last TV appearance to bid a proper goodbye to their audience. But, there has been no proper confirmation about the same from the television network or the cast members. Hence, fans will have to wait a little bit more to know what exactly is going on with the Busbys.

Before posting Ava Lane’s picture with the videocam, Adam had previously dropped many hints suggesting that something was definitely cooking. It has been a continuous occurrence on his social media handle. That’s because OutDaughtered viewers often ask the star when he and his family will be returning to TV despite their statement on a hiatus. Adam once put up an Instagram post, playing in a park with one of his daughters. That’s when a follower directly asked him if the family would ever start filming for their show again. It got many likes and became the top comment. Hence, Adam had to take notice of the same. That’s when the man also responded to the question.

Well, Adam was quite sneaky and didn’t give up many details. Instead of answering in words, he ended up responding in an emoji. It was the “hands covering the face” emoji. So, he neither denied nor confirmed anything. However, the fanbase feels that the fact that Adam ended up answering the comment is a huge hint that the Busbys might be considering a comeback. Adam intensified everyone’s suspicions yet again with his latest Instagram post with the camera. How do you feel about this? Do you think the Busby family is coming back on TLC with a new season or just a special episode? Tell us in the comments below! Until then, keep track of more Outdaughtered updates with TV Season & Spoilers