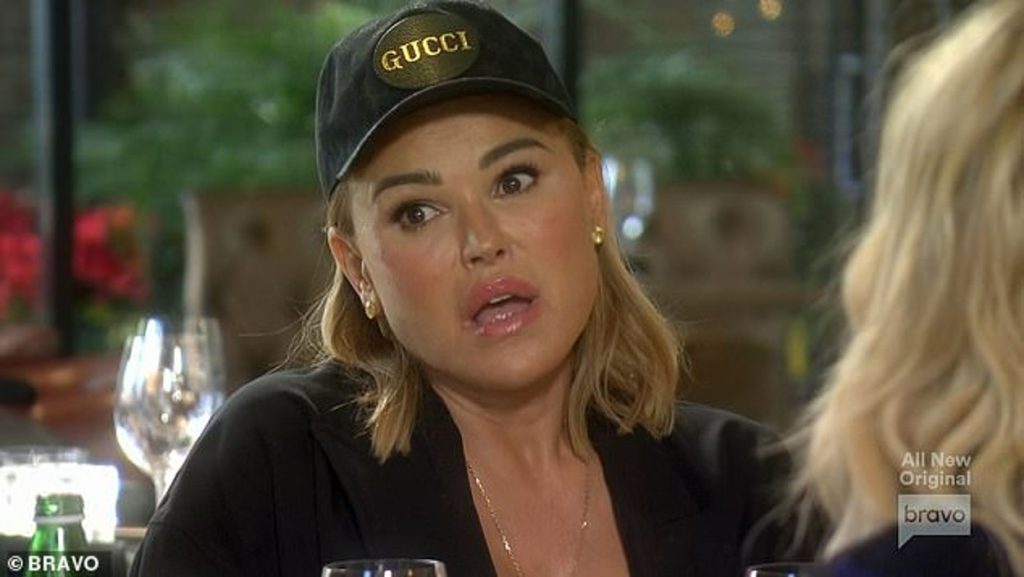 Diana Jenkins made her debut on Real Housewives Of Beverly Hills last year in Season 12. The 49-year-old celebrity has three children, two from her first husband, Roger Jenkins. They are her elder daughters, Innis and Eneya. At the same time, she has another young daughter Eliyanah with her fiance, Asher Monroe. Despite having a huge family, it seems like Diana is ready to add one more member to it. Recently, a source revealed that the RHOBH couple is planning to welcome another baby. Soon the popular celebrity will allegedly become a mother of 4. Tune in to know all the updates about the celebrity’s pregnancy.

RHOBH: Diana Jenkins Might Be Pregnant Again! Having Her Fourth Baby?

Diana Jenkins earned a reputation for herself after the latest season of RHOBH. Her fight with Sutton Stracke became very memorable. However, she has been making headlines recently for something very different. Recently, a source close to Diana revealed to Pagesix that she is pregnant. In fact, Diana has been “feeling great”. Yet, she’s in bed because her health was not great in the past. The RHOBH celebrity had a tragic miscarriage last year. The castmate once told this during a conversation with castmate Kyle Richards on the show. She said she was pregnant about five months after giving birth to her daughter Eliyanah. Unfortunately, the baby died inside her. Her doctor made this tragic news public during her routine checkup. Diana had to do something devastating as a mother by delivering her stillborn child.

According to a close source, Diana missed the 2022 People’s Choice Awards for the very same reason. The RHOBH star was on the nomination list for Best Reality Show. The insider also mentioned that she and Asher are very happy to soon welcome the new baby. But, they are being very cautious this time after last time’s tragic incident. Since the celebrity is only a few weeks pregnant, Diana has already been through a lot in her fertility journey

. While the couple is glad, they are also listening to their doctor to avoid mishappenings. The reality star was bummed that she could not attend the award show but also wants to embrace the feeling of motherhood.

RHOBH: Diana Jenkins Not Coming Back For The New Season?

According to the Bravo network, the Real Housewives of Beverly Hills will return for the thirteenth season. The sources suggest that contracts for celebrities such as Kyle Richards, Garcelle Beauvais, Dorit Kemsley, Lisa Rinna, Erika Jayne, and Sutton Stracke will be delivered in the coming weeks of January. One of RHOBH’s castmates, Kathy Hilton, has already expressed her desire to return for the upcoming season. Fans are wondering whether she will sign the contract or not. Aside from the other stars waiting, it seems that Diana Jerkins won’t be able to come back to show because of her pregnancy. However, there is still no clarification about the same.

Except for Diana, all of the cast members recently reunited during the People’s Choice Awards. They met earlier this week at the special awards night. Despite the awkwardness, several women were said to have left the reunion with a positive attitude. Garcelle did not attend because she was preoccupied with her work. Similarly, Kyle and Kathy made a last-minute decision and announced their attendance only two days before the event. The cast was unaware that Crystal would be present until the very last moment on the ceremony day. Regarding the upcoming season, fans have patiently waited to find out who will return. Stay tuned to the TV Season & Spoilers for more RHOBH updates.