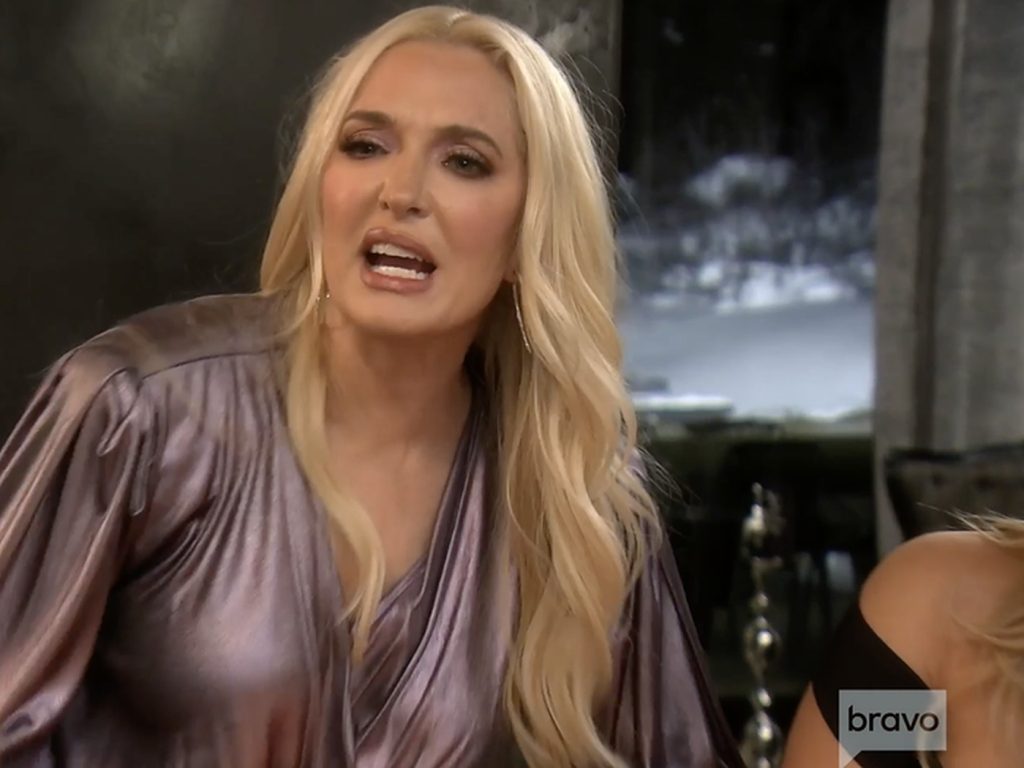 RHOBH: Erika Jayne Says Is Plotting REVENGE After Losing It All!

Real Housewives of Beverly Hills stars never fail to make it to the news. Erika Jayne is facing several lawsuits against her and has been the talk of the town ever since. Doctor’s diagnosed her former husband, Thomas Girardi, with Alzheimer’s, and he is under conservatorship due to his legal problems. The legal issues arose after Tom was accused of using $2 million from the victims’ families of an aircraft crash. Since then, the legal loop has not left Erika Jayne, especially with an attorney like Ronald Richards. However, the RHOBH star seems pumped up for the New Year as she shares a promising yet controversial resolution. Keep reading to know more.

Erika Jayne joined Real Housewives Of Beverly Hills with her husband, Tom Girardi, back in 2015. However, the couple parted ways after Tom got caught up in a messy legal turmoil. In an Instagram post, American television writer Gary Janetti shared her New Year resolution ‘For me 2023 is going all about revenge’ (sic). While Lisa Rinna commented ‘me too’ on the post, Erika Jayne reposted Gary’s post. However, the post confused RHOBH fans, and they could not comprehend what the resolution was about.

Erika’s resolution comes after she is stuck in a vicious legal cycle. Followers and fans speculate that it comes after her legal battles. The Real Housewives Of Beverly Hills star probably spoke about avenging people involved in the legal cycle. Although she continued to film RHOBH while engaged in legal drama, she tried to prove her innocence. The Georgia native stated on the show that she could not speak about everything as she was restricted. However, she promised to give every possible detail that she could. Additionally, Erika confessed that she requested an understanding while she continued to be both in the news and the show.

Although a few cast members respected her request, others did not. Erika stated that it’s been hard for her mental health, but she cannot lose and is still fighting it. Additionally, police arrested Tom Girardi’s firm’s CFO, Christopher Kamon, on suspicion of wire fraud and embezzlement of $10 million. The trustee has accused Girardi of fraudulent transfers to his third company, Staffing Partners. The money from the company fund was then sent back to Thomas and Erika. EJ Global, Tom’s company, spent $25 million on Erika’s career-based expenditure.

RHOBH: Erika Jayne Opens Up About The Trustee’s Obsessed Attorney & His Wife!

In a conversation with Teddi Mellencamp and Tamra Judge on their podcast, ‘Two Ts In A Pod’, Erika spoke about a few important things. Ronald Richards is a part of trustee attorney involved in Erika and Tom’s fraudulent case. However, things went haywire after he crossed certain limits and called out the RHOBH star online. People following the case would know that he put up a list of statements by Erika and Tom on the diamond earrings

Ronald’s wife, Lauren, also purchased Erika Jayne’s diamond earrings, which the government sold off. Later, she also posted a picture in it and mocked the real housewife. Erika has accused Ronald and his wife of stalking and harassing her online. In turn, the trustee removed the attorney from the case. Teddi and Tamra also supported the reality-tv star and expressed disgust over the obsessive behavior. For more exciting news updates, stay tuned to TV Season & Spoilers.