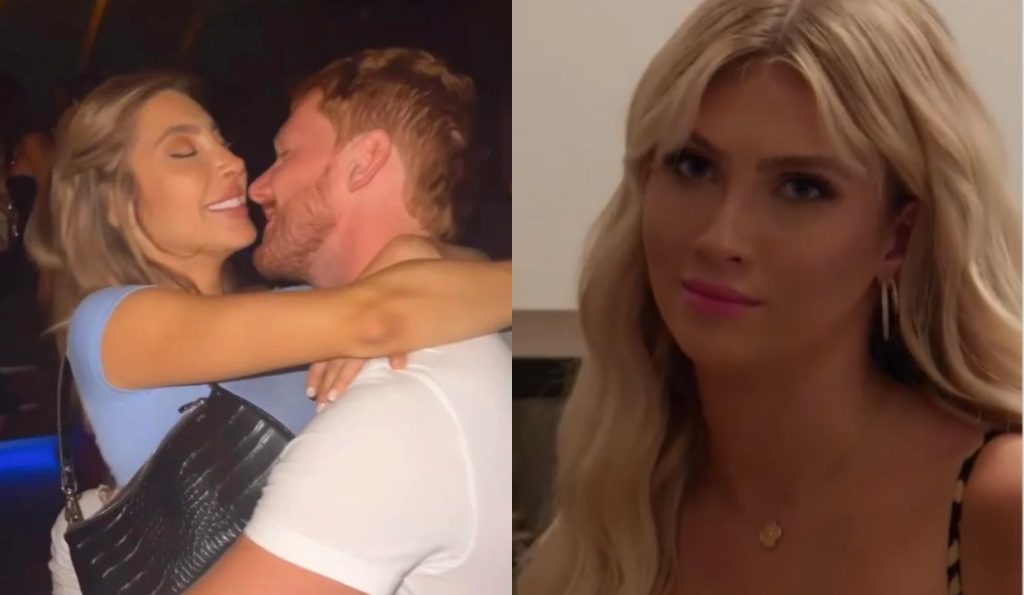 As the new Siesta Key season has begun, things have already started to heat up. All the castmates are now in Miami and exploring new changes and experiences. However, the one thing that remains constant is the drama and the fights. The new season began with a love triangle between Sam Logan, Jordana Barnes, and Meghan Bischoff. While Meghan and Sam are in a relationship, there is undeniable chemistry between him and Jordana. In the latest episode, something shocking happened. Jordana ended up kissing the young entrepreneur in front of his girlfriend. Keep reading to know more about this.

Siesta Key: Jordana Makes Her Move On Sam In Front Of His Girlfriend, Meghan!

Jordana Barnes has become a main cast member of the new Siesta Key Season 5. Right off the bat, she has been causing a lot of trouble. While Sam Logan and Meghan Bischoff have been dating, there is no denying that something is going on between the mand and Barnes. While they completely deny it and say they are nothing but housemates and “good friends”. The latest Siesta Key episode proved otherwise. While Meghan was busy fighting with Juliette Porter, something shocking happened.

While the rest of the Siesta Key castmates were startled at the fight, Sam and Jordana eventually stole the limelight. That’s because they randomly began to make out with one another. Hence, the rumors and speculations turned out to be true. Sam’s girlfriend, Meghan, was also present at the scene, as mentioned above. She couldn’t help but look at both of them with a disappointed face. The fans saw it coming eversince the new season began. However, many are upset at Jordana for meddling with Meghan and Sam’s relationship. They have also been bashing Sam for not having high morals.

Sam and Jordana have been very close to one another. The new Siesta Key season started, and they revealed they are housemates. The latter moved into the former’s lavish mansion in Miami. She also took the liberty to decorate the house with her paintings. After all, she is an artist. All these things were making Meghan Bischoff uncomfortable and insecure. Hence, she confronted her boyfriend, Sam Logan, about the same. While talking about this, she mentioned that her man was treating Jordana more like his girlfriend than his actual girlfriend.

Moreover, Meghan also asked Sam if he was buying Jordana a “new butt”. Hence, the fanbase had a laugh at the reveal over the way the 22-year-old said it. Despite this, Jordana has denied this statement by mentioning she has been the one to pay for all her surgeries and took no one’s help. Yet, viewers continued to troll her for meddling with relationships. She was also close to Sam when he already had a girlfriend. Do you think Jordana and Sam will start dating in the upcoming episodes? Tell us in the comments below. Until then, keep track of the latest Siesta Key updates by checking TV Season & Spoilers