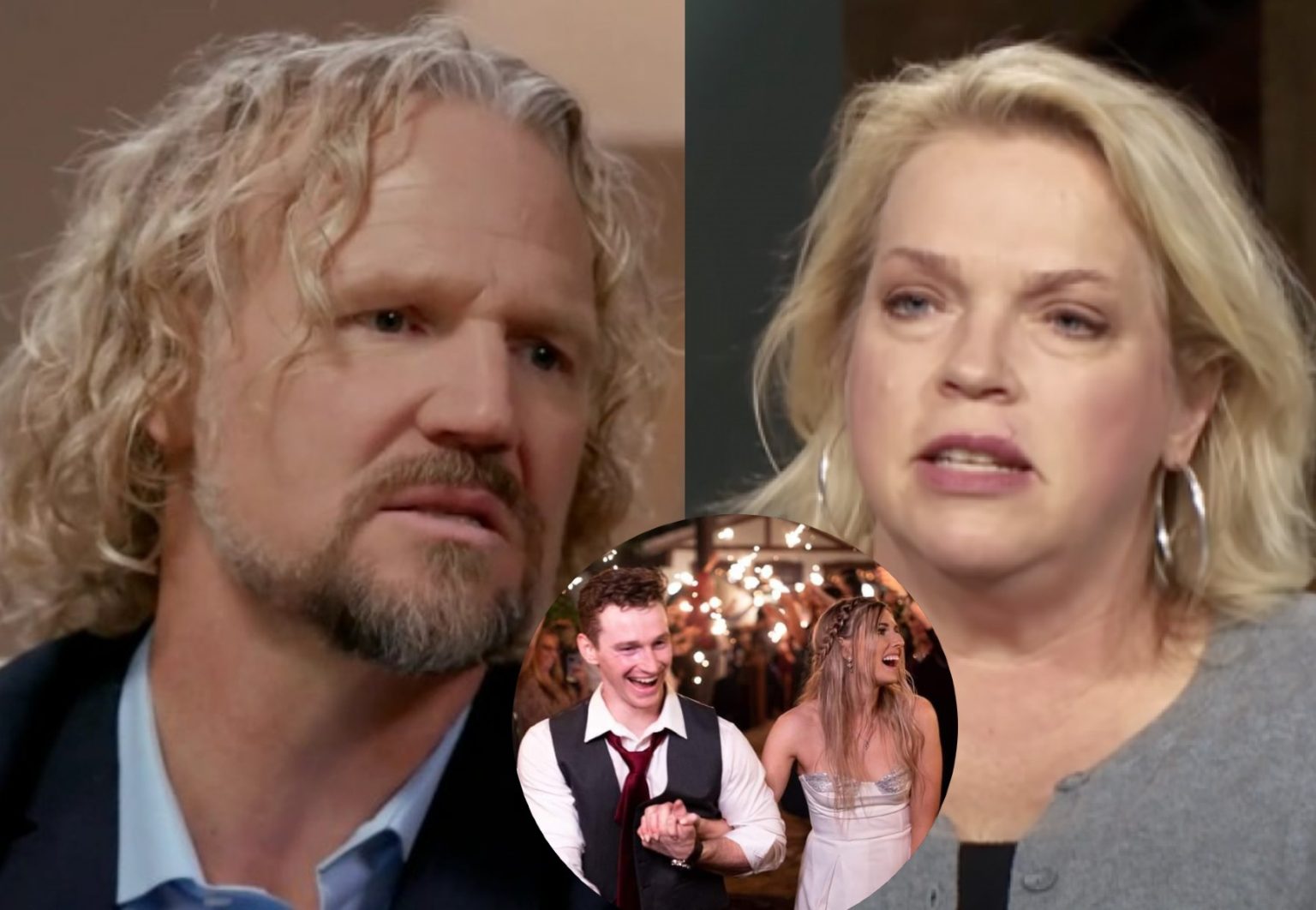 Sister Wives: Kody & Janelle Drop OBVIOUS Hint That They Are SEPARATED At A Big Family Event!

Another Split? The Sister Wives show was famous for its happy endings; amidst differences in opinions, the Browns never failed to reach a perfect solution for everything. Lately, the scenario has completely changed. The Brown family is towards its split now! The previous season featured Christine deciding she would leave Kody, and now Season 17 features issues between the shared husband and his second wife. The couple has been going through a rough marriage for years now; fans predict that Janelle has finally decided to leave her spouse after Christine. Maybe they made it official at Logan’s wedding! To know more, keep on reading.

The Sister Wives fans know that Janelle’s equations with her spouse have been edgy lately. The upcoming episodes of the show feature Janelle having arguments with Kody Brown. The couple also had issues because of Janelle’s decision to move into an RV. The polygamist has had problems with his wife’s decision. The polygamist lately has adapted to living in a mansion with his fourth wife, Robyn Brown. Because of this, he had problems with his second wife. Apparently, she thinks that Kody has issues with her independence and has clearly stated that her spouse needs to make peace with it! Otherwise, she will be the next one to walk across now!

Fans feel that the couple has finally parted ways now! Recently Janelle’s eldest son Logan got married. Moreover, TVSS released some exclusive photos from Logan and Michelle’s wedding ceremony. Though the Browns decided to keep the marriage in their private space and not to get it filmed yet, its sneak peeks were enough to create a controversy. The big family event had the groom’s parents parted. Traditionally, in the marriage, the bride and groom’s parents are seated in the front row of the aisle. But at this wedding, Janelle was there in the first row. Kody decided to sit in a completely opposite row towards the very end alongside his favorite wife, Robyn! Fans were shocked to watch Kody keeping his favoritism over his fatherhood duties!

The viewers predict that Janelle is finally trying to lead his own life own. She has replaced Kody with his kids and dogs now. Eventually leading to no space for his spouse. Fans feel that maybe the couple has decided to part ways, which is why the front row had no space for the patriarch!

Sister Wives: Fans Think Kody & Robyn Were Outcasted From The Ceremony Because They Misbehaved!

The eldest star kid of the Brown family recently tied his nuptial knot. He finally married his love interest from 2015, Michelle Petty. The wedding was complete bliss, though fans are sad that they won’t be able to witness each and every part of the wedding, as the couple has decided not to film it for Sister Wives! Yet, it was fun to watch the Browns get together and celebrate. Amongst the wedding bells, the cracks in the relations were visible!

Many visitors posted pictures of the family, which feature almost all the Browns except the patriarch! Seems the family has finally decided to outcast Kody Brown. Until now, the polygamist didn’t appear in any pictures of his son’s wedding! At first, the audience thought that the groom’s father attended the wedding and rushed to question his parenting. However, when more pictures were out, the patriarch was present but seemed to be least interested in performing his fatherly duties. The Browns didn’t mind his uninvolved behavior and enjoyed it to the core. Though the patriarch earlier as well participated in his children’s weddings. He walked down the aisle with his daughters and gave speeches. But this time, it seems that the patriarch didn’t have any interest!

The fans predict that maybe Janelle will be the next one to leave Kody now. Janelle has been friends with Kody’s ex-wife, Christine, as well. So there is a possibility that the former sister wife would have a strong influence. Though fans really hope that Janelle will realize her worth soon and would walk off from this partial marriage. Keep coming back to TV Season & Spoilers