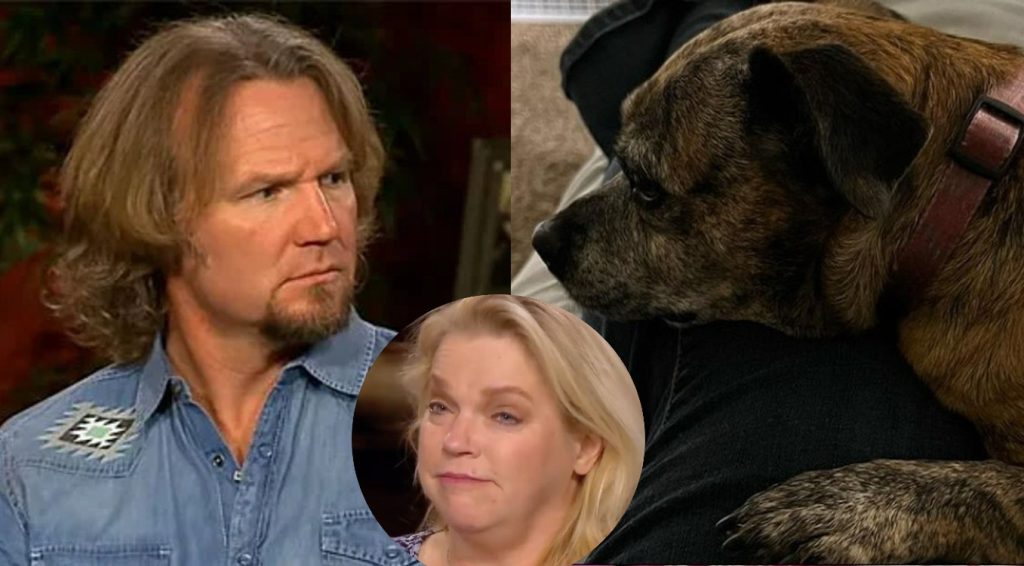 Sister Wives: Janelle Says She Would Rather Have Her DOGS In Bed OVER KODY!

The Sister Wives fans would agree that Season 17 has been one of the most sensational outings of the show ever. The new episodes blew the mind of its fans by changing the entire dynamics of the show! From Kody-Christine’s divorce to Janelle deciding to live in an RV. Everything is just beyond predictability these days. Recently, the patriarch’s second wife decided to move into an RV. In that episode, she frankly accepted to the cameras that her dogs and her children are above Kody for her. She would choose them blindly over Kody any day! To know why she made this statement keep on reading.

Sister Wives: Janelle Choses Dogs To Share Her Bed With Rather Kody!

In the recent episode of Sister Wives, Janelle was seen moving into a new recreational video. Janelle had to take this decision as her prior house was a rented one, and the owners decided to sell it now. Though she had the option of purchasing it, she didn’t prefer it. Instead, she decided to purchase an RV and move in that. The latest episode features Janelle parking her new house on her property and inviting all her family members to give a house tour!

For Kody, it seemed obvious that Janelle’s two dogs would remain outside the RV. But Janelle didn’t even take a moment, and it was very clear to her polygamist husband that these dogs would sleep with her. Evidently, Janelle has dogs whom she loves, like her own children. One is named Brindle, and the second one happens to be her mother’s named Jack. Apparently, Kody doesn’t like dogs, so he asked that she now has to choose between her dogs and her spouse as a joke. Janelle made it very clear that she would surely choose her dogs and her children!

“Yeah, dude, I’m sorry,” said Janelle. In addition to that, she also explained herself, saying that Kody would only be here for one day in three, but her dogs and children would remain with her throughout. So, unapologetically, she chooses her dogs over Kody any day! She would rather have Brindle and Jack in her bed but not her ignorant shared husband.

The Sister Wives patriarch was not happy in the first place when it came to Janelle living in an RV. But when the housing issue was going on, Kody was least bothered about the issue. So, in the end, Janelle had to take things into her hand. While the conversation regarding dogs, Kody explains his point of view, saying that bedrooms are a sacred place for him. It is a place where he associates with his wife in several ways, so dogs shouldn’t be there.

The patriarch is the only one who has issues with Janelle living in the RV. Rest everyone seems to be fine. However, Christine expressed concern regarding her former sister’s wife as she knows her ex-husband. She is aware that he can never compromise with his lifestyle. Apparently, Kody exclaims that Robyn’s house is more feasible for him and why he should suffer for Janelle’s choices. Fans think that Kody just got another reason to live with her favorite wife. Keep coming back to TV Season & Spoilers