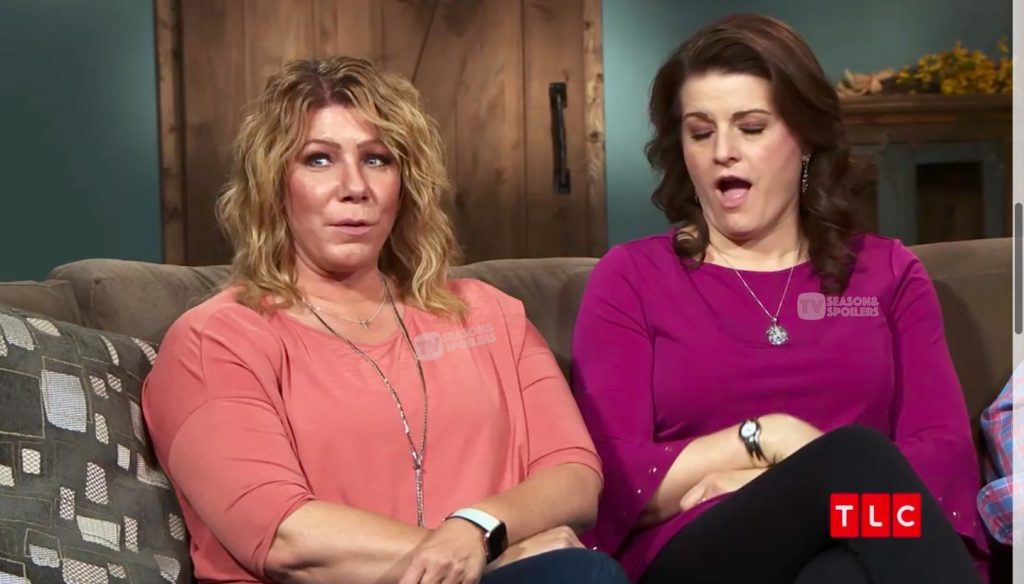 Sister Wives: Meri Brown Accepts She Was ‘Jealous’ Of Robyn, Regrets Bringing Her To The Family

Chaos Alert! The TLC viewers will definitely agree that ‘chaos’ is a very small word for what the Sister Wives show is going through right now. Apparently, the entire show’s dynamics have been shattered. It started with Kody Brown having a happy family with four wives, and now the patriarch is only left with his fourth wife and a handful of children. The last two years have completely changed the internal relationships of the Browns. Hence, the latest was Meri’s divorce, but it seems that it came with a lot of jealousy and regrets. We have all the information you might wish to know, so keep on reading.

Indeed sharing one’s partner is the most difficult task on this planet. Hence, sharing your husband with three other women is definitely not a cakewalk. Perhaps the same thing happened with Meri Brown. Fans know that Meri was the first one to enter the Brown family. So, she had to witness the arrival of the other three wives, which led to Kody’s disdain toward her. Apparently, with the entry of each wife, Meri’s estrangement increased. But it seems that Robyn’s entry made things catastrophic. Indeed because of her, the Sister Wives patriarch legally divorced Meri. This was so that he could tie his nuptial knot with Robyn and can adopt her children legally.

Hence, this was the main spark from where the jealousy might have started. However, till now, the audience was just speculating about Meri’s jealousy, but now she has finally accepted it as well. As per TheSun, the lone wolf was jealous of the fourth wife the whole time. Not only this, but every decision she took was to get Kody’s attention. The source further added that Meri definitely regrets bringing Robyn into the family.

Though in recent episodes, Meri and Robyn’s friendship was featured growing. But it seems that the Sister Wives star couldn’t get over the fact that Robyn’s presence was a core reason for her deteriorating marriage. The favoritism towards the fourth wife

evidently caused a rift in all three other unions of the patriarch. However, the main reason why the lone wolf is hurt is that Kody simply gave up on her. Not only this, he simply claimed that he no longer considered himself married to Meri anymore. No discussions, simply Kody’s verdict!

Sister Wives: The Decline Of Their Relationship

The Sister Wives star Meri Brown decided to open up about her relationship’s downfall with the Tell All episode host, Sukanya Krishnan. Apparently, she claimed that Kody portrayed that he was trying to mend his relationship with Meri. Not only this, the lone wolf mentioned an instance of their first anniversary in Flagstaff. The patriach cheered for their new beginning. But ironically, on their last anniversary, Kody questioned why the TLC star called him. He even added that they aren’t married anymore, and they aren’t pretending to be married either.

However, as per the source, the news of Meri and Kody’s separation wasn’t a shock. This is because people who knew what happened behind the closed door were sure that their divorce was inevitable now. The insider further revealed that it had been years since the duo didn’t have a relationship. Apparently, they neither had a friendship nor any sleepovers. They didn’t even talk unless and until it was really important. Hence, as per the insider, Kody and Meri’s marriage ended after the catfishing incident in 2015. Since then, the father of 18 couldn’t trust his first wife and disdained himself. Keep coming back to TV Season & Spoilers for all the latest Sister Wives tea.