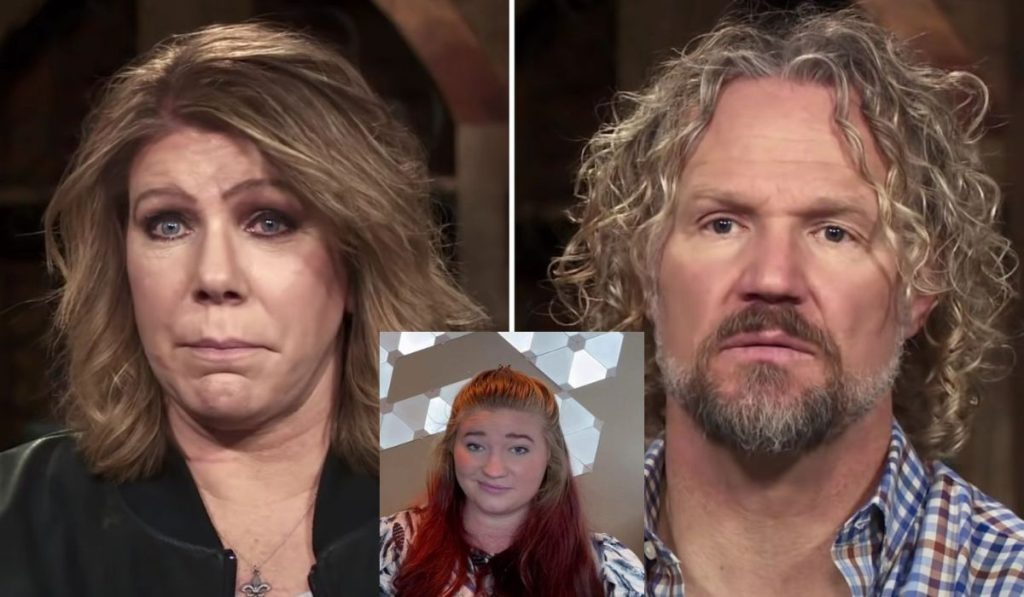 In the Sister Wives special episode, fans saw how Meri and Kody Brown ended their relationship. The reality stars have been drifting apart for a while now. And since Meri’s catfishing controversy, they haven’t spent much time together. Even though Janelle and Christine had left Kody, Meri’s breakdown was a big surprise. She was a faithful wife, but the catfish scandal destroyed everything. However, just after Brown’s kid, Paedon Brown accused Meri of child abuse. Kody and Christine’s daughter also split some hot tea about Meri’s relationship with her father, Kody Brown. Mykelti revealed that Kody and Meri’s relationship was “emotionally and verbally abusive”. Let’s hear it from her.

Sharing her viewpoint, Mykelti Brown alleged that Meri and Kody Brown’s former marriage had been “emotionally and verbally abusive.” However, after viewing the Season 17 finale, Mykelti and her husband hosted a live Patreon to address to fan questions. On January 18, the blogger @withoutacrytalball uploaded clips from the live session on Instagram. The TLC star spoke on Meri and Kody’s relationship after hearing from other kids and Sister Wives that the former pair had a difficult marriage. Mykelti started by saying that she was never in their relationship. But according to what she heard from other family members, “they weren’t physically abusive”.

The Sister Wives star explained that there was no hitting in their relationship. That’s not Kody Brown. He has never been a physically abusive person. But talking about verbal and emotionally abusive, Mykelti said it was from both ends. She believes they may have verbally and emotionally abused one another because they were both dissatisfied with their marriage. She continued by stating that Kody had “never been abusive” to Meri. Mykelti, however, spoke of the “emotional” abuse the two of them alleged to have committed. However, blaming both, she said that it’s a two-way street. No single person can be blamed for it. Mykelti later discussed her opinion on Meri’s previous catfishing controversy, which was shown during Season 9 of the show.

Sister Wives: Mykelti’s Reveal Meri Was The First Person To Give Up On Their Relationship

The Sister Wives star, Mykelti Brown, hosted a live Patron session with her husband, Tony Padron. Talking about Meri and Kody’s strained relationship, she threw some light on Meri’s catfish scandal. The mother of three told that Meri was the first to give up on their relationship. In 2015, Meri Brown was caught talking online with a man named “Sam,” who actually turned out to be a woman. Kody and Christine’s daughter Mykelti Brown accused Meri of cheating on Kody. She believes that if you cheat on your partner, you are giving up on a relationship first. So, according to Mykelti, it was unfair of Meri to get upset with her father for destroying the marriage.

In 2015, the Sister Wives star, Meri Brown, fell for a person named “Sam Copper” on Twitter. Meri and “Sam” had already started sending flirtatious messages to each other before any private phone calls to texts. However, after being in an online relationship for almost six months, the truth was out. Sam was actually a woman named Jackie Overton. After the reality checked, Jackie exploded Meri’s private chat and even her sensual photos. Mykelti thus clarified that Meri was never in a physical relationship with anyone other than Kody Brown. Even while the two were still spiritually married, the “catfishing thing” was an “emotional affair” behind Kody’s back. Stay tuned to TV Season & Spoilers