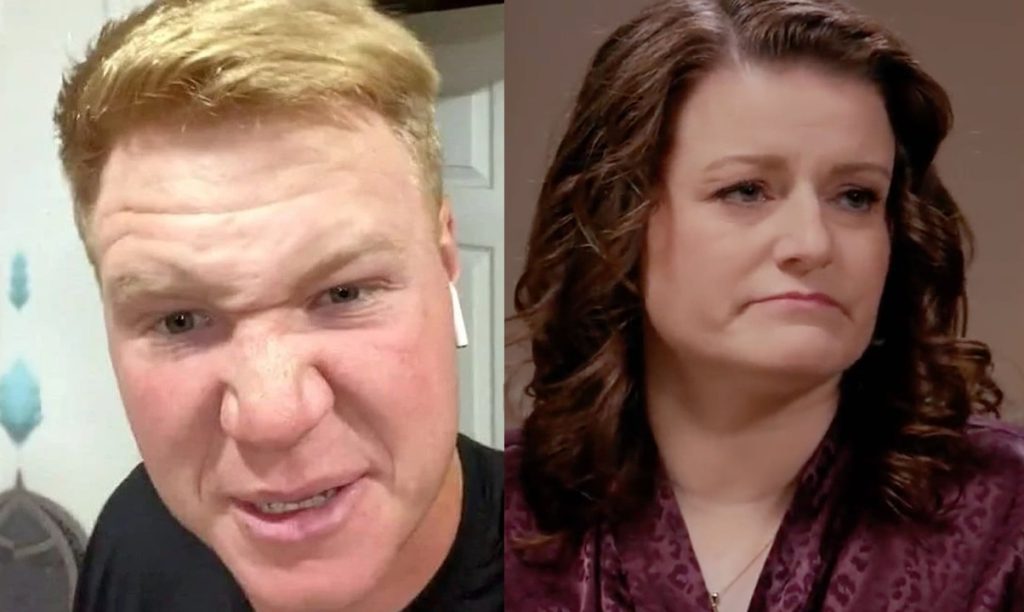 Sister Wives: Paedon Brown Reveals Robyn’s Secret Job! What Does She Do For A Living?

The Sister Wives star kids are taking away all the limelight these days. Earlier, Christine created headlines by announcing her decision to part ways with Kody Brown in 2021. Now, her kids are sparking controversy after controversy. Christine shares six children with her estranged husband, amongst which Paedon and Gwendlyn are determined to reveal all the behind-the-scenes scenarios. In fact, the former recently revealed that his father’s fourth wife, Robyn Brown, has a job, and she earns herself a living. Shocking, isn’t it? To know what the favored wife does for a living and how much she makes, keep on reading.

Sister Wives: Paedon Brown Reveals That Robyn Has A Job

The Sister Wives star Robyn Brown has always received backlash because of not earning anything, while nearly all other family members strived to bring food to the table. When she came into the household in 2014, the celeb brought a huge debt that the Browns cleared afterward. Robyn got everything without even moving her finger. She lives in a huge mansion with a hot tub and her husband, who is exclusively hers, after his three divorces. However, it seems that there might be more to the story.

Apparently, Christine’s son Paedon Brown recently appeared on John Yates’s YouTube channel and revealed a lot about his family. Amidst the conversation, he admitted that Robyn Brown does have a job afterall. Though it might not be a 9-5 one yet, she works. He further added that the fourth wife is a so-called stay-at-home mother and a wife who is married to a stay-at-home father and a husband. Moreover, the duo shoots for the show every other week. This implies that the infamous couple works for only 26 weeks in the entire year!

Later in the video, Paedon addressed the hard work of Robyn. Apparently, he revealed that his father’s fourth wife tried a couple of things for a couple of weeks, but she failed. The Sister Wives star kid acknowledged the favored wife’s hard work and admitted that she tried to make things work. But she failed hard and badly. Paedon was unaware that Sister Wives’ closet was still up. However, fans know that since 2019 it has been showing that the store is updating. But, Paedon says the site isn’t what it should have been. Though Robyn tried, it didn’t go anywhere.

Sister Wives: Kody Brown Wants To Silence His Kids Before They Expose Him

The Sister Wives star kids are now stealing all the limelight by revealing dark secrets about the patriarch and his fourth wife. This is causing harm to Kody Brown. Hence, it seems that he is now determined to zip up his kids’ mouths before they expose him completely. Paedon recently revealed that his mother is fighting for her kids’ rights. Apparently, the patriarch asked TLC and demanded that his kids’ contracts should be altered and there should be a new clause added to them. Nevertheless, the celeb wants a clause that says that the kids cannot trash-talk their father online!

However, Christine is completely against this and says that her ex cannot control her kids that way. Not only this, but she further suggested to Kody that he needs to earn their kids’ love back, and he cannot tell what her children can say about their father and whatnot. However, TLC also didn’t agree to the patriarch’s demand and took Christine’s side because it was unfair for them to take such a step. Hence, it is clear that the father of 18 is afraid of getting exposed to this world. Keep coming back to TV Season & Spoilers for all the latest Sister Wives tea.