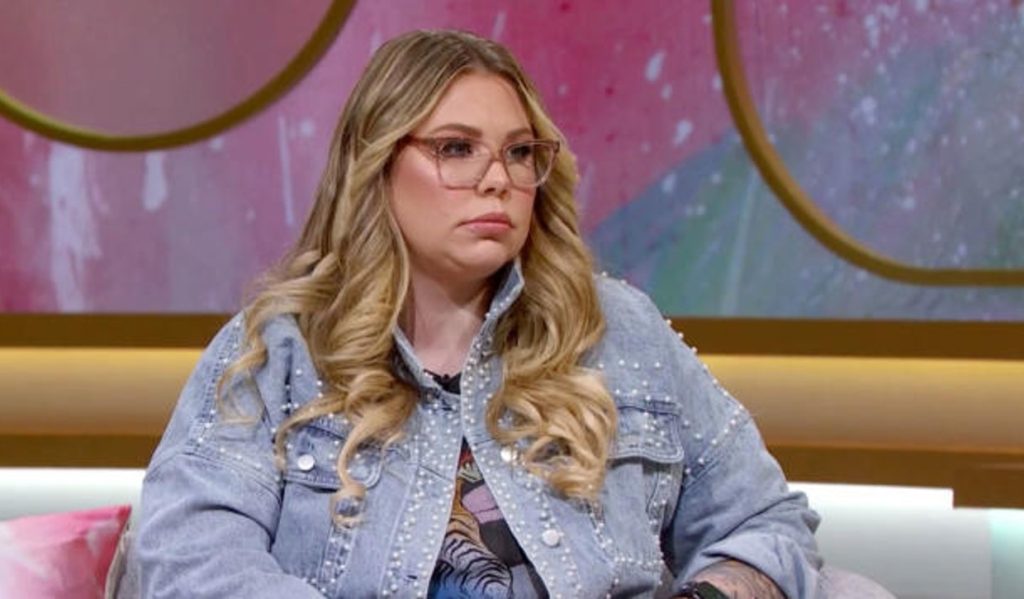 The Teen Mom star Kailyn Lowry is blessed with four sons. But there have been rumors about her having a fifth baby and hiding it from the fans. Well, the celebrity mother has her kids with different partners. She first appeared on Teen Mom with Jo Rivera’s child in her belly. Later, she had three more sons. Now the star has posted her full body image on her Instagram. She did so after the speculation of the star giving birth to a newborn by fans. However, viewers are still not believing that she is not pregnant even after seeing the pics. In fact, there have some other theories on which to base their speculation. Tune in to know more.

Kailyn Lowry, the MTV star, first appeared on the show Teen Mom. She now has four adorable baby boys. Earlier, there were rumors that she was expecting her fifth baby with her current boyfriend, Elijah Scott. However, she gave an official statement denying all the speculations in one of the episodes of her podcast. Still, fans find it hard to believe her, as they have noticed a belly bump in previous photographs. But recently, the 30-year-old has shared an image of her through her Instagram page. In it, she was sitting in her car, happily sipping her coffee. At the same time, she was holding her phone and looking at the camera with a bright smile on her face.

The Teen Mom star also uploaded a story through her Instagram. Kailyn posted the story just after stepping out of the shower as she was in a towel and had wet hair. Additonally, the celeb wore a low-cut deep-neck tank top, revealing her cleavage. Some fans think she put up such images to “troll” them. They feel Kailyn wants them to be distracted and not focus on her belly. So, they are also guessing that she is hiding her pregnancy because she wants to monetize her announcement. A viewer explained that “Kailyn cannot hide her baby for so long”. However, the celebrity has denied the news of her pregnancy

, but fans are noticing clues to give solid proof to their theories. They even believe the photo that she posted is a year old.

Teen Mom: Kailyn Roast Herself For Having Multiple Baby Daddies

Teen Mom celebrity Kailyn is the mother of four handsome boys and proudly accepts that she had them with different partners. Recently, she took her social media handle to make fun of herself. Kailyn documented herself lying down with a grave expression in a TikTok music video to 21 Savage’s song “Immortal”. The 5-second TikTok video received as many as 14,000 Likes and over 1,200 comments from her Instagram, with over 2.4 million followers. She was lip-syncing over the song’s lyrics and relating it with her current situation with the caption.

Teen Mom star mentioned her exes and her children in the video as she referred to the line, “How many talks you did got popped?” Then she showed three fingers, in reference to her three different baby daddies. The 30-year-old responded to several comments from her fans in the comments section, proving she is not afraid of roasting herself. She even wrote, “Gotta make fun of myself”. Later, she added, “My kids are happy, and that what matters”. Do you think Kailyn is hiding her pregnancy? Tell us in the comment section. Stay tuned to TV Seasons & Spoilers for all Teen Mom updates.