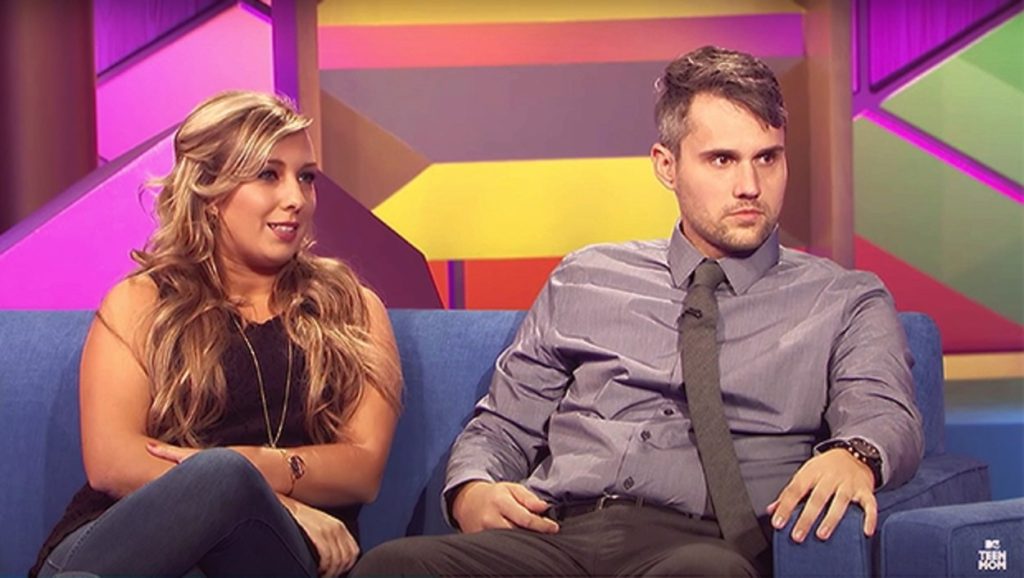 Teen Mom: Ryan Edwards & Mackenzie COMING BACK To The Show After MTV Urges Them?

Ryan Edwards and his ex-wife, Maci, didn’t have a good relationship on the reality show. The ex-couple shares a 13-year-old son, Bentley. However, things didn’t go well when Ryan’s parents entered the situation. Hence, the co-parenting situation became difficult, and a huge fight between Maci and Edward’s parents made headlines. The family got fired, and now, a year later, Ryan and his new wife Mackenzie got a call from MTV to return. What else the network has to offer? Tune in with us to find out.

Teen Mom: MTV Wants Ryan & Mackenzie To Be Back?

There are numerous ways to tell a story. The audience didn’t receive it well when Ryan’s recent statement came up. His parents seemed to jump into fights which caused havoc. Moreover, in Season 9 of Teen Mom, Jen and Larry, Ryan’s parents, accused Maci of manipulating their kid. Hence, the in-laws also talked of a strain between the father and the son. Meanwhile, Maci’s husband argued that Larry and Jen could not force a kid to have a relationship with his father. Therefore, following that argument, the network fired the family from the show. However, it didn’t make many headlines, but now it seems like MTV is regretting its decision.

Following that, Ryan’s current wife, Mackenzie, went to Instagram live to share that her husband got a call from MTV. More so, the network asked the former reality celeb if he was willing to return to the Teen Mom franchise. Monstersandcritics reported that Mackenzie shared the conversation on her live. The reality celeb noted that the network’s person said they were sorry the things went bad. And they are willing to let the couple share their par of story. However, Ryan heard for a second and said he didn’t want what the network sold. He also added that he doesn’t have time for such things and cut the call.

Some tabloids say that it was Maci who demanded the network and the producers let go of the Edward family. Besides, Mackenzie and her Teen Mom husband are happy to shush the network. The reality celeb noted that it felt great to tell a network, “Go screw yourself.” When the couple got fired, the fans wondered what they would do to have financial stability. However, the couple has outlived everyone’s expectations, and they are seemingly doing well in life. Moreover, there have been times when some people did poke Mackenzie for being jobless.

However, Mackenzie has teased her fans that she might come back for MTV’s hybrid show, Teen Mom: The Next Chapter. The reality show will feature OG moms and the star of Teen Mom 2. Learning that the fans noted that they are interested in seeing the couple and would be a watch than Maci. Well, what do you think will Ryan and Mackenzie come back? Tell us in the comments below. And stay tuned to TV Season & Spoilers.