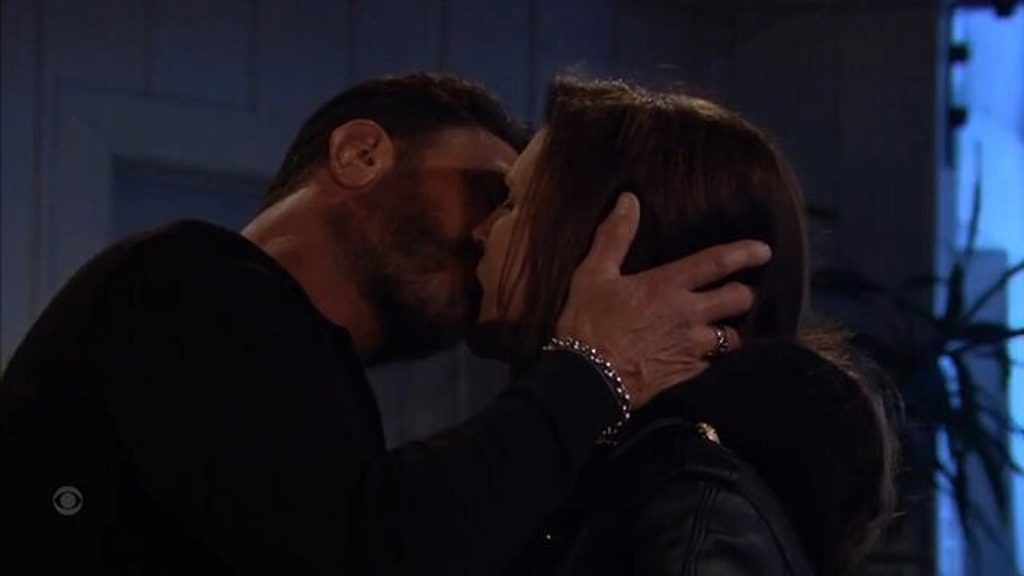 The Bold And The Beautiful Preview Of 2023: Couples Put To Test, New Characters To Enter

The Bold And The Beautiful 2023 preview claims that many couples will be put to the test this year. Whether they pass or not, their dilemma will put them in tough spots. Starting from Steffy and Finn, Brooke, Ridge, and Taylor’s love triangle, everyone will face some tricky situations. The head writer, Bradly Bell, says that this year they will introduce some new characters in the storyline. Keep reading to know what the writers are having in store for the viewers.

Taylor, Brooke, and Ridge have had a really tough year. However, The Bold And The Beautiful spoilers tease that Taylor and Brooke will continue to understand each other. After deciding to leave Ridge, both women will now try to invest in themselves emotionally. All these years, Taylor and Brooke have been rivals and never really got the chance to understand each other. So, this year, both of them will do some soul-searching and also try to thicken their bond. However, fans know that Brooke is still keeping the Christmas kiss a secret. What will happen when Taylor comes to know about it? We will know that.

Elsewhere, Deacon will also try to reflect upon his recent decisions. He put himself in huge trouble by letting Sheila use his house as her hideout. Since she is gone for good now, he will also decide to create a better life and also become a better version of himself. Deacon will take his job seriously and will try to become a good restaurateur and take over running II Giardino.

Over with Thomas, he will also reflect upon himself and the on the recent CPS drama. Although he has already apologized to Ridge, he will still want to try harder. Fans know that Thomas is a great designer, and throwing him out of the Forrester Creations will end his career. Looks like Thomas will pick him up and try even harder to win Ridge and everyone’s respect towards him.

He will also want to resume his work at the Forrester Creations. So, looks forward to a completely changed Thomas this year. In the meantime, Zende will take over Thomas’ position and head the team. He will try his best to give everything to his job. Paris and Zende will also come closer.

The Bold And The Beautiful Spoilers: Couples Facing Dilemma

While few couples are getting prepared for their new beginnings, there will be some who will be caught in a dilemma. The Bold And The Beautiful spoilers reveal Finn and Steffy will continue to worry about the threat that Sheila possess to their family. Now that Bill has also threatened them, Steffy will wonder what she can do to escape this sticky situation. Other spoilers say Steffy and Finn will be put to the test this 2023. Stay tuned to see what happens next.

Over with Eric and Donna, the head writer has hinted that they will also face some troubles in their relationship. There will be someone entering the canvas who doesn’t like Donna and Eric’s relationship. So, they will come exclusively to separate them apart. Will Donna and Eric stay true to each other and support each other in this ordeal? We will see that.

Fans saw how Bill will kiss Sheila in the upcoming week. The Bold And The Beautiful spoilers tease that Bill will indeed decide to help out Sheila. Bill is all depressed and lonely in his life. After Brooke and Katie broke his heart, he decided to turn into “Dollar Bill”. Compared to both of them, Bill will choose to be with Sheila

as she is tougher. He will know that she is the one who can control him and become a good support system. Looks like Bill and Sheila might fall for each other. Will Bill’s feelings will make him decide to help Sheila come out of prison? We will know that.

Finally, the head writer Bradley Bell also says that he will be introducing new characters this spring. He will bring next-generation characters for all the families. So, it will be interesting to see where the storyline will be going this year. The Bold And The Beautiful airs every weekday on CBS. For more updates and spoilers, visit our website, TV Season & Spoilers.