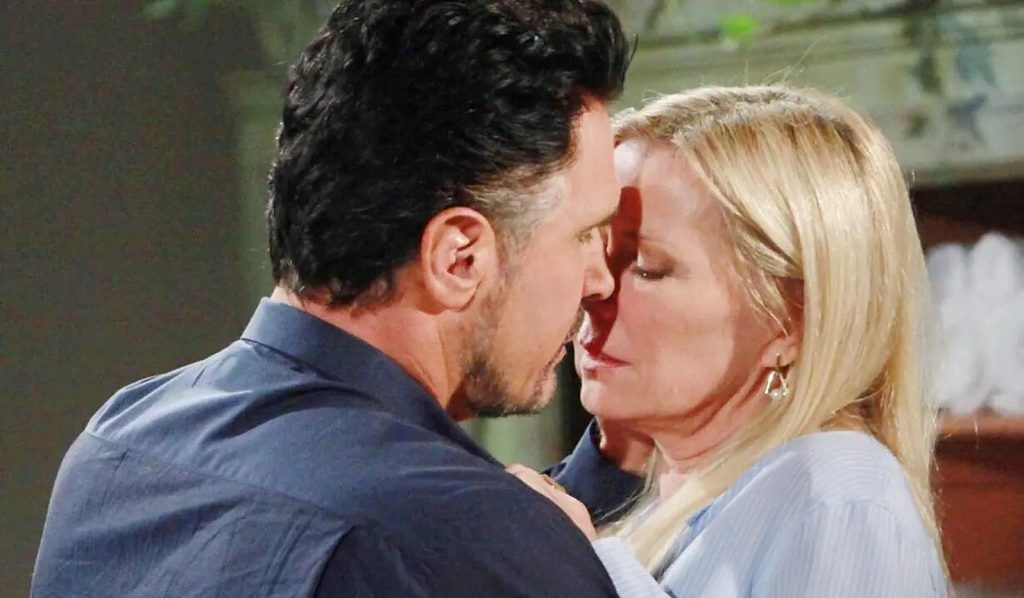 The Bold And The Beautiful February Sweeps, 2023: Sheila Is CORNERED, Liam Takes Matters In His Hands

The Bold And The Beautiful February sweeps, 2023 reveal that Bill and Sheila will face Steffy and Taylor’s wrath. Taylor will ask Sheila to prove her love for Bill. However, she will be least interested in proving anything to her. As for Bill, he will fall deeper in love with Sheila once they hit the sheets in the coming month. Over with Brooke, she will come up with a plan to wrap Bill in her fingers again. This will lead to Sheila panicking over putting her plans in jeopardy. Keep reading and find out what will happen in B&B next month.

First, Taylor and Steffy will decide to confront Sheila and her lies. The Bold And The Beautiful spoilers say Taylor will want Sheila to prove her love for Bill to him. Since she knows that the she-devil can never love anyone without a motive, Taylor will want her to prove it. However, she will be least interested in acting up on her order. As for Bill, as far as Sheila is willing to be with him, and wants to care for him, he won’t want anything else from her.

Not just Taylor, Katie will also not be able to convince Bill and make him choose the right path. He already made it clear to Katie that he won’t leave Sheila just because everyone wants him to. Other The Bold And the Beautiful spoilers say Bill and Sheila will hit the sheets soon after they face music from everyone. This will lead to Bill falling more deeper in love with Sheila than he ever was. While she succeeds in controlling Bill, little will she know that Brooke is also devising a plan.

The Bold and the Beautiful spoilers say that Brooke will decide to help her family from Bill’s bad decision. So, chances are that she might make a seductive move on Bill. His feelings for Brooke is something that never ends, and Sheila is well aware of it. She-devil will be scared for her future once Brooke makes a move to show Bill the right direction. Looks like Sheila will fear that her control over him will soon get swept away because of Brooke. Stay tuned, as Sheila will definitely hit back to remind who everyone is messing with.

The Bold And The Beautiful Spoilers: Liam Fumes In Rage

Further, Steffy will inform Liam about what his father is doing recently. The Bold And The Beautiful spoilers tease that Liam will be shocked when he comes to know about Bill and Sheila’s new romance. He knew the day his father wore the sword necklace that he is up to something dangerous. But, never had he even imagined that Bill will stoop such low. So, Liam will discuss with Wyatt on how to handle the situation.

Looks like Wyatt and Liam will decide to talk to Bill at some point in time. Not just for the entire family but also for Liam and Wyatt. They won’t understand how Bill could feel anything for the evilest woman in town. They will want to talk to him when Sheila is not around. However, it won’t be a surprise if Bill denies listening to them and plans to stay with his lady love.

Finally, Hope will also focus on her fashion line. Now that Thomas is gone, she will have to take care of everything by herself. Even though Zende is there, he isn’t as talented as Thomas in any way. Since he was obsessed with Hope, Thomas knew what she wanted every time she came up with an idea. So, it was pretty obvious that Thomas’ talent and his understanding bought more profit to the table than anyone else on the team. If Hope’s business witnesses a downfall, will she run back to get some advice from Thomas? Keep watching The Bold And The Beautiful, it airs every weekday on CBS. For more updates and spoilers, visit our website, TV Season & Spoilers.