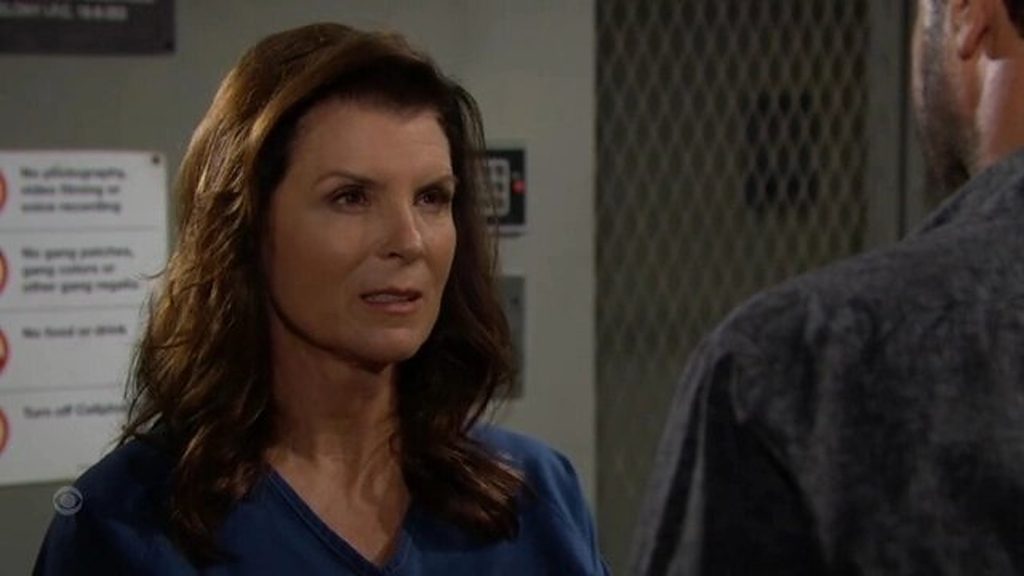 The Bold And The Beautiful Spoilers For January 11, 2023: Sheila Is Released, Shocking Evidence Proves Kidnapping

The Bold And The Beautiful spoilers for January 11, 2023, suggest that Sheila will be finally released from jail. To make that happen, Bill will have a clever move that enrages Steffy and Finn to the core. There will be new evidence that will prove that Sheila didn’t escape but rather was kidnapped from the prison. Later, Sheila will meet Mike and thank for supporting him. What role did Mike play in all this? Read further to know what is brewing in B&B in today’s episode.

While Bill is on the canvas, it won’t be that hard for Sheila to end up in prison for long. The Bold And The Beautiful spoilers say that there will be some last-minute evidence that will change the direction of the case. As promised, Bill will make a clever move by teaming up with Mike, Sheila’s old partner-in-crime. This move is certainly going to put Steffy and Finn fume in rage.

Looks like there will be a video recording that will show that Sheila didn’t escape from the prison but was rather kidnapped. The fake video will show Sheila being dragged out of her cell by Mike. Once Mike is called upon the witness box, he will also admit that he indeed forced Sheila out of prison. It won’t be a surprise to see Bill and Mike team up to save Sheila. Once it is proved that Sheila was kidnapped, her charges will be dropped, and she will be released.

Back with Finn and Steffy, they will fume in rage after seeing the level of effort Bill has put into helping Sheila get freedom. It will be unbelievable for them, and they will later blast him for sinking to such a low level that too for that maniac mother. Whatever the case, Bill will just hopes to get a loyal lover in life and spend the rest of his life with her. Fans know what Sheila’s plans are, so we have to wait to see what happens now that she is released.

The Bold And The Beautiful Spoilers: Sheila Meets Mike

After release, Sheila will meet Mike and thank him for his support. Fans know that Mike already had feelings for Sheila and has supported her in many of her evil plans. The Bold And The Beautiful spoilers claim that Sheila will be grateful for his help and will want to see him in person before she is released. Looks like Mike will also reminisce about his past deeds and the days he helped Sheila in her evil plans.

The show will air a few scenes from the past where Mike helped Sheila. So, fans can expect to see some flashback scenes of the evil mother. Now that she is released, there is no doubt that Finn and Steffy’s life will become a horror. Will have to wait to see who Sheila will target next. Watch The Young And The Restless, it airs every weekday on CBS. For more updates and spoilers, visit our website, TV Season & Spoilers.