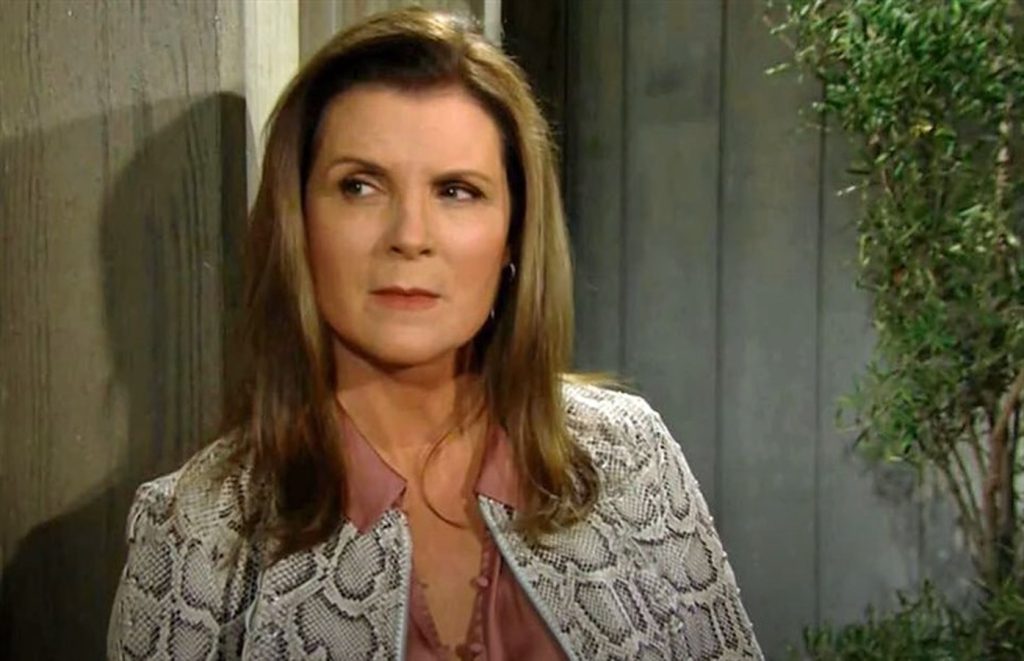 The Bold and the Beautiful: Hunt For Sheila STARTS, Is It The END?

Ever since Sheila returned from the “dead” on The Bold and The Beautiful, she had been hiding in Deacon’s tiny apartment in L.A. While initially, she was content with staying in with Deacon, enjoying their twisted relationship. Eventually, her bolder side took over. She started to venture out in the open, despite Deacon’s many warnings. The latest spoilers suggest that Deacon’s fears are about to come true and Sheila’s cover will be blown. Moreover, the sexy diva will soon find a detective from her past, get hot on her trail again!

Sheila’s Cover Blown On The Bold and The Beautiful

Sheila has spent so much time doing nothing in Deacon’s apartment that it feels like another era when she pulled off her own fake death on The Bold and The Beautiful. Sassy Sheila pulled a fast one on Detective Sanchez when she lead him to believe that she died in a morbid bear attack. She went to the stretch of leaving her toe behind to lock the story in place with a neat bow. It seemed to have worked at the time, as Detective Sanchez seemed convinced of Sheila’s dark death.

However, the cat with nine lives reappeared on The Bold and The Beautiful, donning more than nine wigs! Sheila has been involved with Deacon in a twisted tale ever since she returned and took refuge in his apartment. While it worked just fine in the beginning, Sheila soon got tired of sitting on her hands and started to take little fun outings on the streets of L.A. When Deacon discovered Sheila’s outings, he warned her to stop, or she will get caught. The latest spoilers suggest that Deacon was right in his worries, and Sheila gets discovered. In fact, by the person, she least expected to blow her cover! Keep reading to find out who!

The Cat And Mouse Chase Begins For Sheila

Except for Deacon, everyone on The Bold and The Beautiful believes Sheila to be dead. Thus, Finn will not be able to believe his eyes when he sees Sheila alive. Spoilers suggest he will be reeling in shock at his discovery. Although, we will have to watch the upcoming episodes to find out how Finn finds out Sheila is alive. Moreover, actor Jeremy Ray Valdez will return as Detective Alex Sanchez upon Finn’s behest. The detective will reopen the investigation to start a search for Sheila Carter all over again.

Madness will ensue on The Bold and The Beautiful when the news of Sheila being alive and on the loose will spread across town. Detective Sanchez will assure the Forrester family that will soon find and arrest Sheila and bring her to justice. However, this will do nothing to calm Steffy and Finn

, who were under the assumption that they have put Sheila’s murderous ways in the past. Steffy knows from experience not to take Sheila, so she will be right to fear.

It will be a wild ride to see what happens next on The Bold and The Beautiful. Will Sheila be able to escape yet again? She has proven to be quite a resourceful vixen! Or will she get caught this time? Please share your views in the comments. Meanwhile, stay tuned to CBS to find out what happens next on your favorite soap.