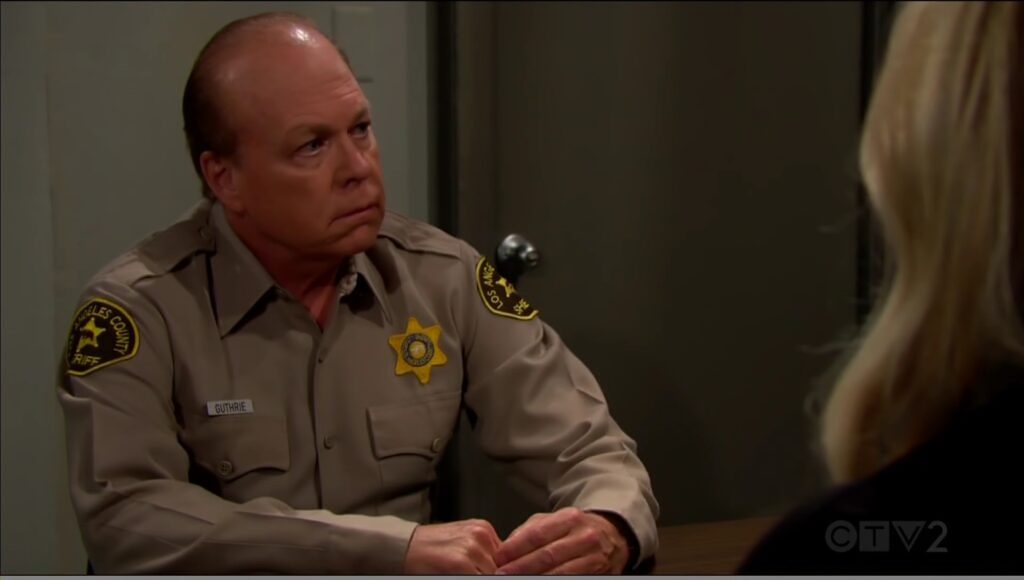 The Bold And The Beautiful Spoilers For The Next Two Weeks (January 2-13, 2023): Sheila Meets Mike, Sheila-Bill Get Intimate

The Bold And The Beautiful spoilers for the next two weeks, from January 2-13, 2023, reveal that Bill will try to rescue Sheila. He will remind Steffy of her haunting past and will threaten that he will press charges on Taylor. While he is dealing with Finn and Steffy, someone unexpected will come to take away Sheila. How will Sheila end up in jail? And who is she going to meet there?

During the week of January 9-13, 2023, Bill and Sheila will be the shocking couple who kiss each other. However, Katie won’t know about this pairing and will feel impressed with Bill. Elsewhere, Taylor will get some devastating news. What could that be about? Keep reading to know what will unfold in the coming weeks in B&B.

The Bold And The Beautiful Spoilers For The Week Of January 2-6, 2023: Bill Comes To Rescue Sheila

First, Bill will come to rescue Sheila from Finn and Steffy. While both of them try to tie Sheila and call the cops, Bill will enter the house and shock Steffy and Finn. The Bold And The Beautiful spoilers reveal Bill will stop Steffy from calling the cops on Sheila. He will remind Steffy of her past and threaten her. Looks like years back, Taylor shot Bill in the back, and Steffy begged him not to press charges on her mother.

Bill will remind Steffy of that time and will threaten that if she calls the cops, Taylor will also end up in prison. Hearing all this, Steffy will be petrified and won’t know what to do next. Finn will be shocked to know that his wife kept him in the dark. Watching Bill team up with Sheila will make things worse. Other the Bold and the Beautiful spoilers claim Liam and Wyatt will also get the updates and will be worried for their father.

Not minutes passed when Bill came to rescue Sheila. The Bold And The Beautiful spoilers suggest someone unexpected will barge into the house. While Bill is threatening Steffy, Chief Deputy Baker will barge into the house and put cuffs on Sheila’s wrists. Finn and Steffy will wonder what has happened and who called the cops on Sheila. Once Sheila is arrested and taken to prison, Bill will behave like he is glad that the she-devil is arrested! This will just increase the confusion of Finn and Steffy, who will now wonder who Bill is supporting.

In prison, Sheila will meet Mike. Now the question is: If Mike again has joined his work, or is he actually her cellmate? Fans know that Mike was the person who helped Sheila escape the prison earlier. So, it looks like he might be her cellmate. Whatever the case, Li will also come to meet Sheila in prison. The she-devil will taunt her so that she won’t let Finn and Hayes slip that easily. It will be interesting to see what Sheila will plan to do next.

Back with Bill, Katie will appreciate him and will be very happy for him. She will think that Bill played an important role in catching Sheila and putting her in jail. While Bill played safe, Finn and Steffy won’t be believing him for now. Chances are there that “Dollar Bill” might have a plan in mind and pretend to act in front of Sheila. In reality, he might actually be having a wicked plan in mind. Stay tuned to see what Bill will do now.

The Bold And The Beautiful Spoilers For The Week Of January 9-13, 2023: Bill-Sheila Kiss, Taylor Gets Stunning Update

Next week, Bill will meet Sheila in prison. It will be obvious that both of them are planning something really big. The Bold And The Beautiful spoilers reveal that Bill and Sheila will kiss each other in prison. While the show is pairing two evil characters on screen, it is pretty obvious that things will get ugly down the road. We have to wait to see what will unfold in future episodes.

Finally, Taylor will get some devasting news. On the other end, Steffy and Finn will be forced to make a difficult decision. Chances are that Steffy might inform her mother about Bill’s threats and now is forced to make a decision. Will Steffy try to cover up the case again by making some dealings with Bill? We will have to wait to see what happens with them. The Bold And The Beautiful airs every weekday on CBS. For more updates and spoilers, visit our website, TV Season & Spoilers.