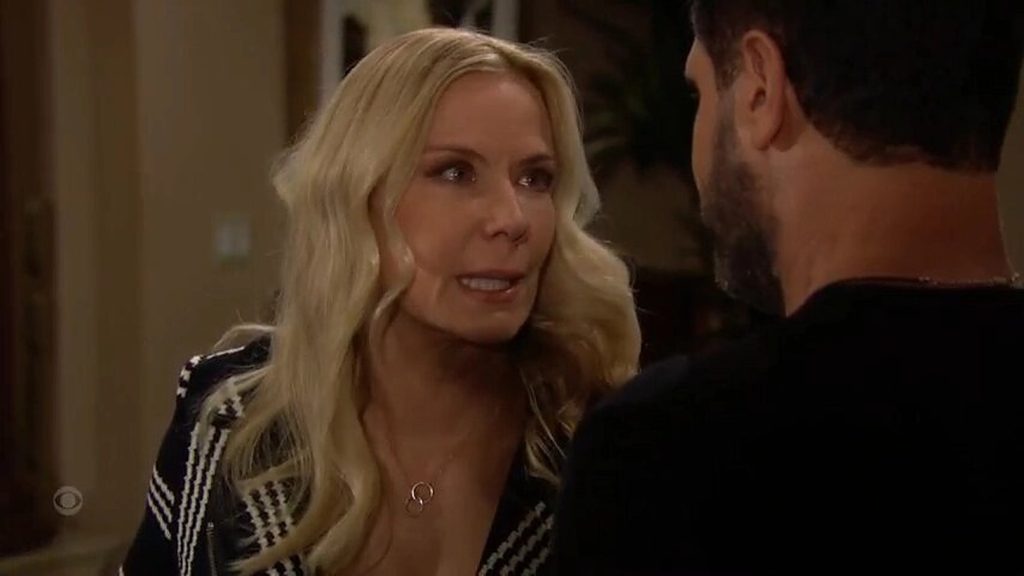 The Bold And The Beautiful Spoilers For January 23, 2023: Bill Asks Brooke To Leave, The Sword Necklace’s Power

The Bold And The Beautiful spoilers for January 23, 2023, reveal that Brooke will try her best to convince Bill. However, he will remain adamant about not changing his heart for the sake of his family. Once he asks Brooke to leave, she will have a bad update for Liam and Hope later. As for Sheila, she will continue to manipulate him and will also use the sword necklace to remind him of his new version. Keep reading to know what is going to happen in B&B in the coming week.

First, Bill will admit that Brooke is right about Sheila and how he is standing against his own family for her. The Bold And The Beautiful spoilers claim Bill will admit his mistake but will also admit that he cannot change his heart for the sake of his family. Fans know how he has always failed in the love department. Since Brooke and Katie choose to reject him, he won’t understand why they are now worried for him.

He might feel like his family is being selfish and only thinking about their safety while not letting Bill have a life of his own. Over with Sheila, she will continue to feel like Bill might betray her now that his long-term crush has also come to knock some sense. However, he will stand by her side and confess in front of Brooke that he loves Sheila and is not willing to listen to anyone. This will be enough for Brooke to realize that he is far gone to help.

Later, Bill will ask Brooke to leave the place. So, she will have bad news for Liam and Hope

at the house. After narrating everything, they will also wonder what has gotten into Bill acting like that. The spoilers say there will be some chaotic situations in the upcoming episodes. It will involve Bill’s sword necklace, which might actually trigger his emotions.

The Bold And The Beautiful Spoilers: Bill’s Sword Necklace Triggers His Emotion

Brooke will try to push Bill to take off the necklace since she’ll feels like that is what is making him evil. Looks like Bill’s necklace is the one that keeps clouding his judgment power and not letting him take the right path. That necklace is the main accessory that differentiates Bill from Dollar Bill. It seems like wearing this necklace somehow helps Sheila to manipulate him further.

She keeps touching the necklace and reminds him of what it symbolizes. Once is the necklace and the second is the fake feelings she is showing to Bill. Everything will cloud Bill’s ability to think properly. Regardless, Sheila will continue to stir more chaos in the town and use Bill for her personal gains. Stay tuned as B&B will air more emotional-packed episodes in the coming weeks. The Bold And The Beautiful airs every weekday on CBS. For more updates and spoilers, visit our website, TV Season & Spoilers.