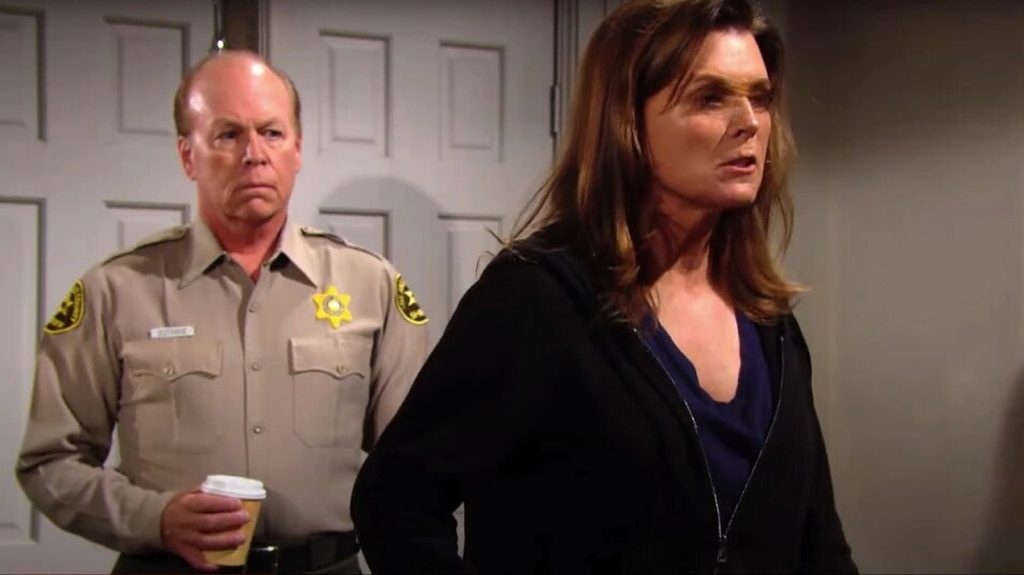 The Bold And The Beautiful spoilers for January 4, 2023, reveal that Sheila will have a surprise jail visitor. That will be none other than Mike, who will accuse her of involving him in her past crimes. Since Mike had feelings for the she-devil, will she be able to wrap him again around her fingers? Elsewhere, Steffy will confront Bill and will wonder if he is being threatened. Keep reading to know what will unfold in today’s episode.

On Wednesday, Sheila will get a surprise visitor in prison. The Bold And The Beautiful spoilers claim that it will be none other than Mike. He will lash out at her and accuse her of involving him in her previous escape and crime. Fans know that Mike had feelings for the she-devil and was literally obeying her like a p uppet. Looks like it won’t take long for Sheila to wrap him again in her fingers.

A few months back, it was he who helped Sheila escape from prison. Now that he is back as a jailer, there is a full chance of him doing the same again. Regardless, Sheila will assure Mike that she won’t be prisoned there for a lifetime, as people think. So, it will be pretty clear that Sheila has some other plans and is waiting for the right time to execute it. Will Bill again be involved with her? We will know that.

The Bold And The Beautiful Spoilers: Steffy Confronts Bill

As of now, Steffy and Finn are shocked to see Bill team up with Sheila. The Bold And The Beautiful spoilers show Steffy will decide to talk to Bill one-on-one. Later, Steffy will confront him at his house and will be curious to know the reason behind his evil team-up. Fans know Bill failed in the relationship department, making him turn to “Dollar Bill”.

However, he won’t disclose anything to Steffy. As for Steffy, she will even think that Sheila might be blackmailing him to work with her. But Bill will just keep mum and instead give her with some conflicting statements, which will confuse her even more. Looks like Bill will obviously be battling with some doubts. A part of him will regret his actions, while the other part will provoke him to stay with Sheila.

The more Bill’s heroic action of calling the cops on Sheila will spread, the more people will praise him. The real question is: Getting appreciated by Katie and others will change Bill’s heart or not? Given how he will kiss Sheila in the coming week, looks like he might not change his plan. Whatever the case, Bill and Sheila’s wicked team up is surely going to bring more disaster to the town. So, stay tuned as B&B will air more action and mystery packed episodes in the future. The Bold And The Beautiful airs every weekday on CBS. For more updates and spoilers, visit our website, TV Season & Spoilers.