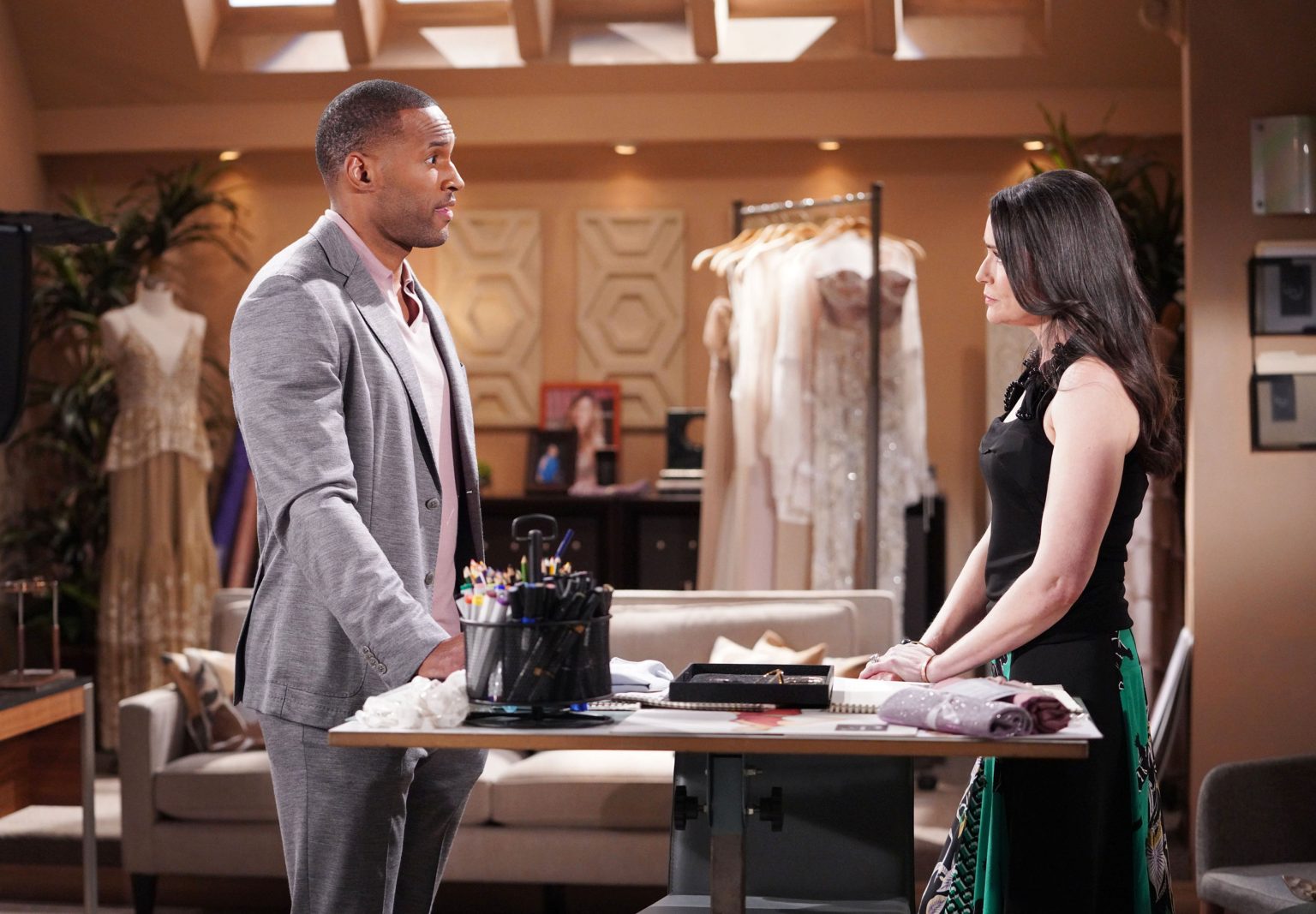 The Bold And The Beautiful Spoilers For The Next Two Weeks (October 10-21, 2022): Quinn-Carter Split, Sheila Seeks New Romance

The Bold And The Beautiful spoilers for the next two weeks, October 10-21, 2022, tease that Carter will announce something important regarding Quinn. Next, Ridge will stand by his decision to stay with Taylor despite Brooke’s pleas. Elsewhere, Donna and Thomas will have a face-off regarding a love triangle.

Rolling into the week of October 17-21, 2022, Sheila will have a close call when Bill and Deacon have some clashing. It’s not just them, but also Hope and Steffy will also get into a confrontation. Over with Brooke, she will continue fighting to get back her husband. Would she be able to make some progress? Here is all about it.

The Bold And The Beautiful Spoilers For The Week 0ctober 10-14, 2022: Brooke Grills Ridge Over His Decision

After learning about Ridge’s decision, Brooke will be devastated. Fans know how she rushed to Aspen to stop this from happening. When she discovers that she was late, her life will turn upside down. The Bold And The Beautiful spoilers for the week of October 10-14, 2022, claim that Taylor will fret over Ridge changing his decision in Brooke’s presence. However, Steffy will ask her to be positive even though she herself will be confused.

As for Ridge, he will stand by his decision and deny Brooke’s plea to return to her. Seeing Ridge this stubborn, Brooke will be heartbroken. Well, even now also, Ridge won’t disclose the whole CPS drama. So, it’s pretty obvious that Brooke won’t know what made Ridge make this decision. Later, Steffy and Thomas will get updates about their father’s decision to stay with Taylor. No doubt, they will be over the moon.

In LA, Donna and Thomas will have a clash. Donna has never liked Taylor, so she won’t want Ridge to choose Taylor. But now that Ridge has already chosen Taylor, Donna’s anger is of no use. Once Thomas gets the update about his father, he will know that his plan to frame Brooke was successful.

The Bold And The Beautiful spoilers say Thomas will confess something to Hope. Chances are that he might use this issue as an excuse and make Hope stay overnight more often. So, it will be interesting to see how this storyline pans out. Would Hope and Thomas come closer or will Liam interfere at the right time? Only time will tell.

Elsewhere, Sheila will try to impress the man in whose house she is nesting. Previously we saw how Sheila got closer to Deacon whenever she had some wicked and risky plan in her mind. Now again, she is trying to come closer to Deacon. What might she be cooking this time?

The Bold And The Beautiful Spoilers: Carter-Quinn’s Sudden Split

Further, in The Bold And The Beautiful, Carter will confess something to Katie. The spoilers for the week of October 10-14, 2022, claim that Carter will admit to his sudden spilt with Quinn. As for now, the reason is unknown. Since we know that the actress playing Quinn has already left the soap, the writers must have come up with something like this. So, it would be interesting to see how the storyline rolls out. How will The Bold and the Beautiful deal with the whole split, and what is the reason for their split? Only time will tell.

The Bold And The Beautiful Spoilers For The Week October 17-21, 2022: Deacon-Bill Face-Off, Sheila’s Close Call

Further, in the week of October 17-21, Bill and Deacon will have a face-off at II Giardino. At the same time, Sheila will also be there in her disguise as “Lina” and will be lurking from the side. She will try her best to hide from Bill while he and Deacon are arguing.

Speaking of face-offs, Hope and Steffy will also have one. With all the problems going on right now, and the fact that Ridge has chosen Taylor, Hope will vent her anger at Steffy. She previously schemed and sabotaged Brooke’s romantic evening plan with Ridge. So, Hope might think that this time also she has something to do with this. Well, indeed, planning and plotting happened, but it wasn’t Steffy. It was Thomas instead. How will Hope react when she learns about the whole plotting and Thomas’ involvement? We will know that.

Over with Brooke, she will continue to fight to get her husband back in her life. As for Ridge, he will only have eyes for Taylor. At least for now! Stay tuned as The Bold And The Beautiful will air more action-packed episodes in the upcoming weeks. The Bold And The Beautiful airs every weekday on CBS. For more updates and spoilers, visit our website, TV Season & Spoilers.