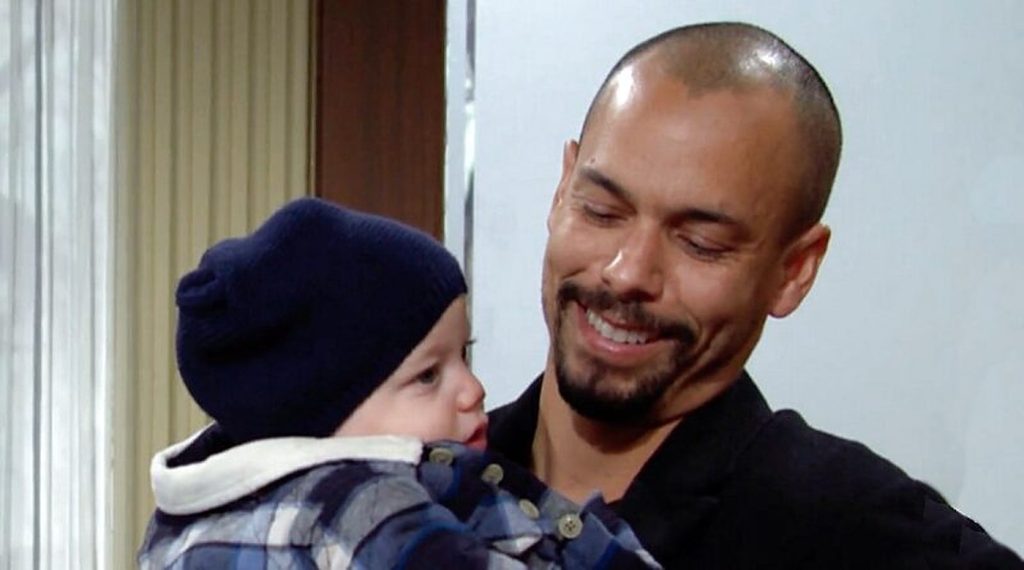 The Young And The Restless: Abby Gets The Family She Wanted, Devon, Abby, And Dominic Are Together

The Young And The Restless spoilers tease that Chance will decide to give divorce to Abby. Even though she doesn’t think it is right, Chance will help Abby see the right path. He will help her understand the difference between him and Devon. What Devon can give is something Chance can’t. Will Abby listen to Chance and get the family she always needed? Keep reading to know what will Abby and Chance’s breakup mean to Abby’s future.

It’s not like Abby and Chance had a really great bond from the start. Maybe initially, yes! But things took a turn for the worse when Chance started giving his job more priority than his family. The Young And The Restless showed how broken Abby was when she shared her ordeal with Devon. Since Devon was also in the same boat, they connected on a deeper level. And situations made them to surrender to their feelings as Abby and Devon started kissing each other.

To make things worse, Chance and Amanda reached Devon’s apartment and witnessed their respective partner’s hot sizzling moment. However, even though Chance was heartbroken, he kind off understood Abby’s perspective as well. The recent spoilers tease that Chance will file for a divorce and will ask Abby to sign the papers. Initially, Chance thought to solve the problem, but when he saw Abby in Devon’s sheets, things went beyond repair.

Now, Chance knows one thing for sure – he can’t give Abby the life she wants. He is a detective, and his work demands him to be on alert all the time. He has to risk his life in order to provide for his family. This is not the life that Abby wants. So, Chance will make a major decision. The spoilers tease that Chance will file for divorce and will also ask Abby to move on in life with Devon. Will Abby be willing to do that? Let’s see what will happen next.

The Young And The Restless Spoilers: Chance’s Advice Helps Abby Get A Good Life?

As mentioned before, Chance will realize that if he gets back with Abby, he’ll be making a big mistake in his life. It won’t just ruin his life but also Abby’s. The Young And The Restless spoilers say that Chance will show Abby the right path and will make her understand that Devon is the right one for her life. It won’t just be a random statement or an excuse. But Chance will genuinely feel like that. he will also have some instances to make Abby understand.

Chance will point out how Devon has always been there for Dominic more than he could ever have. Also, Dominic tends to be more closer with Devon and not him. Moreover, Devon also came to Dominic’s rescue when he needed a bone marrow match. So, chance will ask Abby to just move on with Devon and forget him. Whether Abby listens to Chance

or not. It is somewhat true that the life which Devon can give Abby is what she has longed for forever.

As for Devon, he also wanted emotional support, which he was not getting from Amanda in his long-distance relationship. Since both are on the same boat again, will Abby try to give Devon a chance? Will she give herself a fresh start? We will know that. Stay tuned and watch The Young And The Restless, it airs every weekdays on CBS. For more updates and spoilers, visit our website, TV Season & Spoilers.