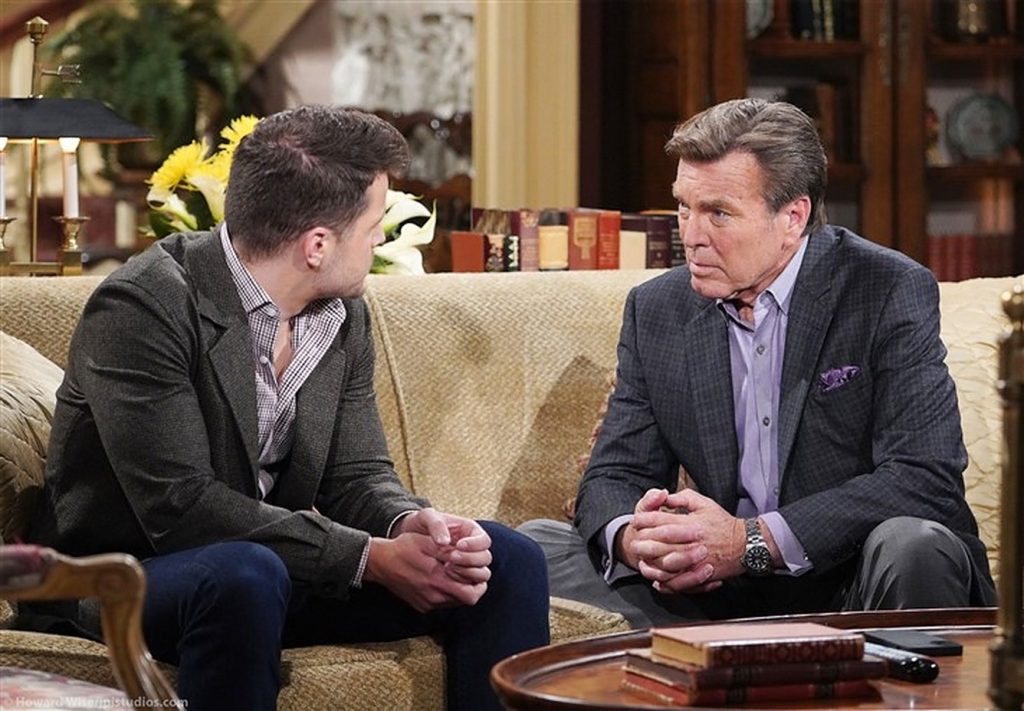 The Young And The Restless Spoilers For The Week Of October 31- November 4, 2022: Nate-Victoria Exposed, Kyle Learns Diane’s About Confession

The Young And The Restless spoilers for the week of October 31- November 4, 2022, tease that Nate and Victoria’s partnership will be exposed. Devon will be the one to see Nate and Victoria celebrating Nate’s new CEO position. Over with Kyle and Summer, they will return to a big mayhem. Jack will inform Kyle about Diane’s confession. So, Tucker will be at the receiving end of an earful from Kyle. Will Kyle give Diane another chance? Keep reading to know what unfolds in Y&R next week.

Next week, starting October 31, 2022, Victor will learn about Nick and Sally’s relationship. The Young And The Restless spoilers say that Victor will fume in rage at his son’s foolishness. Once he starts lecturing Nick, he will wonder why his father is interfering in his life. As far as Nick is concerned, he knows what he wants in life. At any cost, he won’t like someone else lecturing him on what to do and what not to do.

Elsewhere, Nate will make another attempt to convince Elena. However, he will fail. Elena will be clear that she doesn’t want Nate in her life. The fact that Nate has joined Newman Media will add to it. Elena has had enough, and she no more sees the gentle doctor in Nate. It is all about business and power, and for that, he can also go against his own family members. So, Elena will reject Nate again.

Later, Devon will walk in at a bar where Victoria and Nate will be celebrating. Devon will listen to Victoria congratulating him for the CEO position, so he will know Nate has joined Newman Media. Whatever the case, Devon will be taken aback when he realizes Victoria was the one with whom Nate was sharing the information. Things will get much worse in the upcoming episodes, so stay tuned.

The Young And The Restless Spoilers: Kyle-Summer Return To Mayhem

Further, on The Young And The Restless, Kyle and Summer will finally come back to Genoa City from Costa Rica. They both went on a mini honeymoon trip but will now return to the mayhem. Jack will inform Kyle about Diane’s confessions. So, he will fume in rage with Tucker for blackmailing his mother. since Kyle loves his mother, he will try to give her another chance. However, Tucker won’t be spared. He will get an earful from Kyle later.

Amid this, Kyle and Summer will also face differences in thoughts. Phyllis has been wanting to get back with Jack for so long. This is precisely why she wants to remove Diane’s façade and is also involved in the takedown mission. Now that Diane has revealed herself to Jack, Summer won’t like Jack and Kyle forgiving Diane that easily. Th is will easily create chaos between Kyle and Summer.

Billy and Lily’s relationship is having a rough patch past few months. For days, Lily has noticed the amount of attention Billy gives to Chelsea. It is certain that Lily will never like it. The Young And The Restless spoilers tease that Bill and Lily will have another problem next week. This is certainly going to ruin their relationship even further. Is Y&R hinting at a possible breakup in the upcoming weeks? We will know that.

Finally, Abby and Chance will also have some problems. So, Abby will lean on Devon to discuss the issues with him. in response, Devon will also share his love life problems with Abby. Stay tuned and watch The Young And The Restless, it airs every weekdays on CBS. For more updates and spoilers, visit our website, TV Season & Spoilers.