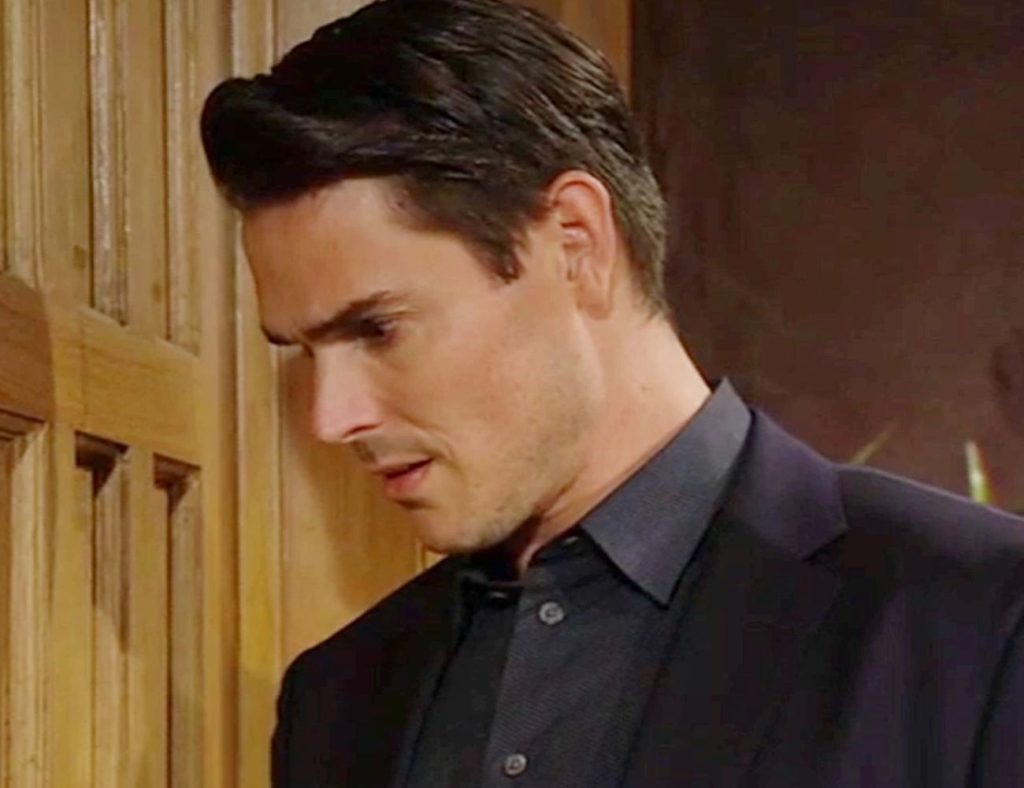 The Young And The Restless: After Breakup With Sally, Adam Gets Involved WITH [THIS WOMAN]

For a hot second there, it looked like Sally and Adam are going to be a couple again on The Young and The Restless. Sally Spectra was torn between her feelings for both Newman brothers, Nick and Adam. However, she eventually made a choice to stick with Nick. Despite her lingering feelings for Adam. Then the tables turned for half a second, and it started to look like Adam was going win his gal back. But, Alas! Spoilers suggest that Adam will after all end up single on the soap. Although, he surely does not need to remain so if he wishes. Geona City is rife with single women these days, and Adam has history with all of them, maybe he will be willing to pick things up with one of them?

Nick, Sally, and Adam made quite a spectacular love triangle on The Young and The Restless. A few episodes ago, Sally decided to end the said triangle by removing Adam from the equation. Not wanting to get over how badly Adam hurt her, she chose Nick as her new boyfriend. However, when a drunk Adam confronted her and went on to propose to her, things started to shift. Not wanting to create a scene, Sally and Adam took their conversation to her hotel suite. There, amidst her emotional outburst on Adam, Sally ended up blurting out she still loves him. Thus, leading to them get involved in a passionate kiss.

Just as the two of them connected physically, Adam-Sally shippers rejoiced as it seemed they could reconcile on The Young and The Restless. However, the latest spoilers suggest that is not the case. Despite their passionate mingling, Sally will stand her ground that they are not good together. Hence, she will choose to stay with Nick. This time around, Adam will accept his fate and kiss Sally Goodbye. Thus, the younger Newman brother will end up all thy lonesome. Although, whenever he decides to climb out of his sullen mood, there are a few single ladies around town who can win his attention! Keep reading to find out who all are in the running!

Twinkle Twinkle Little Star, Who Will Be Adam’s Next GalPal?

Once Adam accepts that he has lost Sally to big bro Nick, he may find himself sulking for a while on The Young and The Restless. However, once he stops drowning himself in glasses of single malts, he may move his attention to his fellow singles in town. A large chunk of whom is female! So should Adam decide to dip his toes in the dating pool again, we have the list ready of possible matches! Number one on our list is of course, Chelsea Lawson. Spoilers suggest that Adam will be warning Billy to steer clear of Chelsea. That makes us wonder if Adam has plans of reigniting the flames of passion with this particular ex-flame. We hope not, though! Chelsea is in a fragile state right now, and the last thing she needs is a trouble magnet like Adam attaching himself to her. So Chelsea is a no-go.

Option number two for Adam on The Young and The Restless is, Phyllis Summers. Phyllis has been painfully single for a while and her attempts to reconnect with Jack have gone nowhere. Especially now that Diane and Jack are getting closer, Phyllis might need a new romantic interest. She and Adam had quite the chemistry way back when he was in his “spider” days. Perhaps, Adam might want to borrow a few moments from Spider for Phyllis? Moving on, on number three we have Sharon! It’s no secret how much chemistry and history she has with Adam. There was a time when she almost fell back into Adam’s arms but then the angel on her shoulder lead her back to her hubby.

However, now that Sharon is beginning to move ahead in life after Rey’s passing, she might want to give dating another chance too. Maybe these two single ex-lovers could find their way back to each other, and this time, their timing could be right. What do you think? Who would you like to see Adam paired up with next, Chelsea, Phyllis or Sharon? Please share in the comments. Meanwhile, stay tuned to CBS over weekdays to find out what happens next on The Young and The Restless.