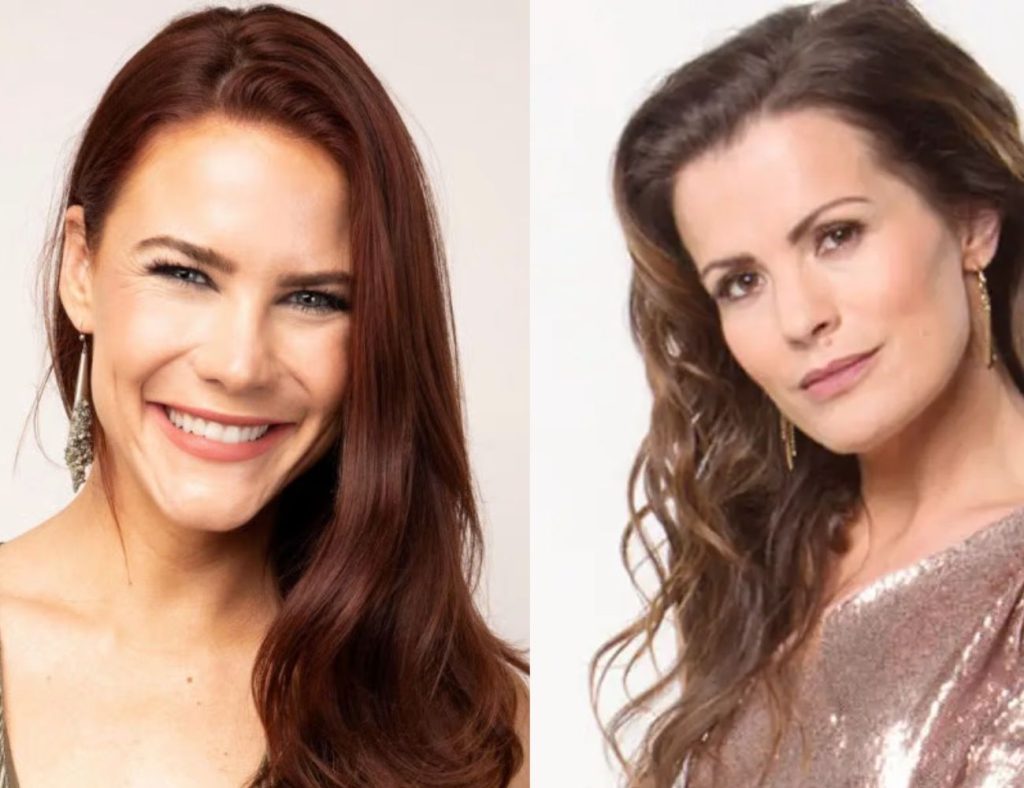 The Young And The Restless: Chelsea And Sally Start Working Together, New Professional Relationship In Works

Recently, on The Young and The Restless, two women have taken a massive fall from grace. Both had one name in common, responsible for throwing the wrench in the machine for them, Victoria Newman. While Victoria had a direct hand in Sally’s predicament by wrongly firing her from Newman Media. With Chelsea, sort of caused a ripple effect by trying to stand between her and their son. However, spoilers suggest that things will start to get brighter for both the ladies, and they will join hands for Sally’s new project. Will the former foes, Sally and Chelsea, be able to get past their differences and work together?

Sally Kick Starts A New Venture In A New Industry

Sally Spectra has been quite a fashionista on The Young and The Restless. From the time she entered the multiverse of Y&R and sister soap The Bold and The Beautiful, she has been working in all things fashion. Hence, when Victoria kicked Sally out of Newman Media and she decided to fly solo it was speculated that Sally will start her own fashion line. However, the soap soon started to tease that Sally will step out of the fashion industry and try something new. Too much secrecy had been created around what that new something was! Even when she presented the business model to Nick, it blew his mind! But, it was not revealed what the whole things was!

However, the latest spoilers suggest that the cat is out of the bag! Sally is venturing into Interior Designing on The Young and The Restless. While her business model won Nick Newman’s approval, Sally’s ally Chloe is not thrilled. She thinks the spunky Spectra’s idea is too outlandish to succeed. Moreover, she disapproves of the fact that Sally turned down Nick’s offer to invest his money in the venture.

Despite all her reservations, Chloe has still gotten on board with Sally, merely based on love and friendship. Furthermore, spoilers tease that Sally is about to get another woman on board! Someone she hasn’t always seen eye to eye with, but they might just connect on some common ground! It is none other than, Chelsea Lawson!

There are many things that Sally and Chelsea have in common on The Young and The Restless, however, the one thing of prime importance is their decision to step away from the fashion industry. While Sally took the decision after Victoria showed her the door, Chelsea took the decision while looking for a fresh start. These common grounds could lead these two determined women into each other’s path. Chelsea is looking for a new job, and, Sally is soon going to be needing more people on board for her Interior Designing venture! We can already sense those two dots connecting very soon.

Chloe is in the know of Chelsea’s life attempt on The Young and The Restless. So, it’s completely plausible that she would want to help her old friend on the road to recovery. Thus, Chloe might take the matter to Sally and persuade her to offer a position to Chloe in their venture. Sally is surely a spirited woman, but not a sinister one! Hence, she might find it easy to let bygones be bygones in the light of all the pain Chelsea has endured and extend her arm. The latest spoilers suggest that Chelsea will soon be patching up with someone on The Young and The Restless. It’s not much of a stretch to assume that it could be Sally!

It is going to be fascinating to watch these three women coming together and taking Geona City by storm with their new venture! Are you as excited as us to see it all play out on screen? Please share your views in the comments. Meanwhile, stay tuned to CBS over weekdays to find out what happens next, on The Young and The Restless.