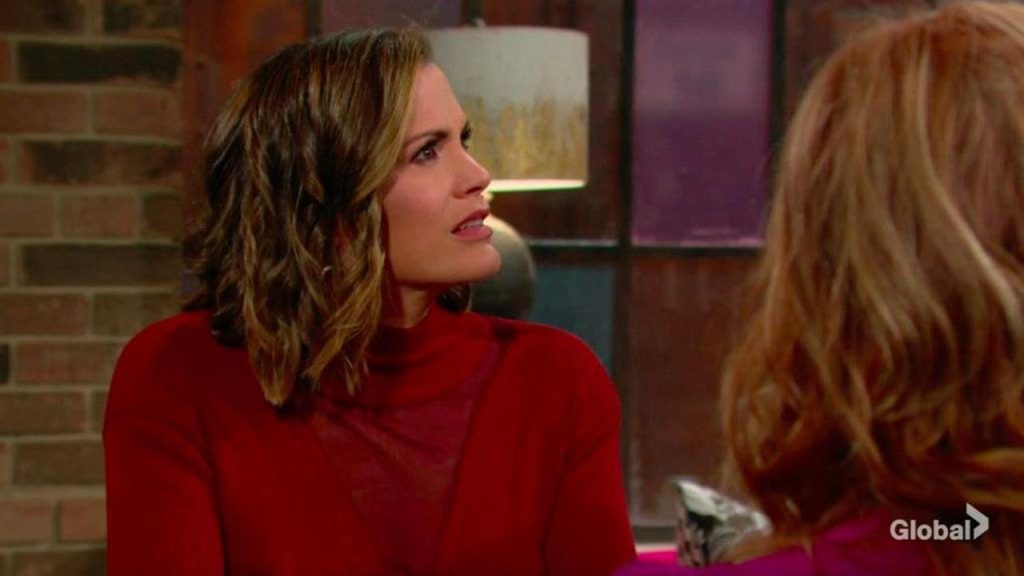 The Young And The Restless: Chelsea Starts OBSESSING Over Kyle, Summer Fights For Her Man

It looks like Chelsea is getting a new obsession. The latest The Young And The Restless spoilers suggest that Chelsea will soon get another man she can obsess over in the upcoming days. Y&R viewers know that Chelsea is the kind of woman who easily starts fixating on a man. And after that, there is no going back.

It looks like Y&R was putting her together but Rey, but then they had to let him go. So, another man would sweep in. It looks like this man will be none other than Kyle Abbott. What will happen there? Here is everything to know.

The Young And The Restless viewers keeping up would know that Chelsea isn’t in the best mental state lately. In the recent episodes, she blew up on Sally, Adam, and Chloe while they were all at Society.

The way Chelsea reacted made Adam really concerned. So much, so that he had to go to Chloe to discuss all of it. Adam wanted to know if Chelsea was okay. Viewers would recall that Chelsea has gone off the rails once before. So, it is important that everyone around her be a little careful.

In the May 27, 2022, episode of The Young And The Restless, Chelsea had a breakdown. This was something that Kyle noticed. He even went up to her to ask if she was okay. Chelsea lied to him about being stressed about something at work, but she felt that his concern was genuine. While this is all good, we can’t help but wonder, why would Y&R writers put Kyle in Chelsea’s orbit?

The Young And The Restless: Kyle And Chelsea Connect, New Obsession For Chelsea?

The Young And The Restless spoilers suggest that Chelsea and Kyle might get more screen time together in the upcoming days. Now that Jabot is taking over Marchetti, Summer might want to get all the talent on board. She has anyway been thinking about considering Chelsea as the new hire. It is likely that once Summer speaks to Kyle about it, he might remember how Chelsea was worried because of the work and would encourage Summer to go ahead with this.

As Chelsea and Kyle come in the same orbit, Chelsea might try to latch onto him. She would remember how he was concerned about her. Chelsea is someone who gets obsessed very easily. When she comes to know that it would be Kyle who encouraged Summer to hire her, she might get the wrong ideas.

The Young And The Restless viewers would recall that the reason why Chelsea got obsessed with Rey in the first place was that he cared for her. So, if she feels that Kyle is doing the same, she would try to get close to him.

Further Y&R spoilers imply that Chelsea might soon start making moves around it, but that doesn’t mean that Kyle will respond to these advances. However, that might affect his and Summer’s relationship. Summer will have to fight for her man, and that would bring in a lot of drama. New twists and indeed coming up on the soap opera. Make sure you tune in and enjoy.