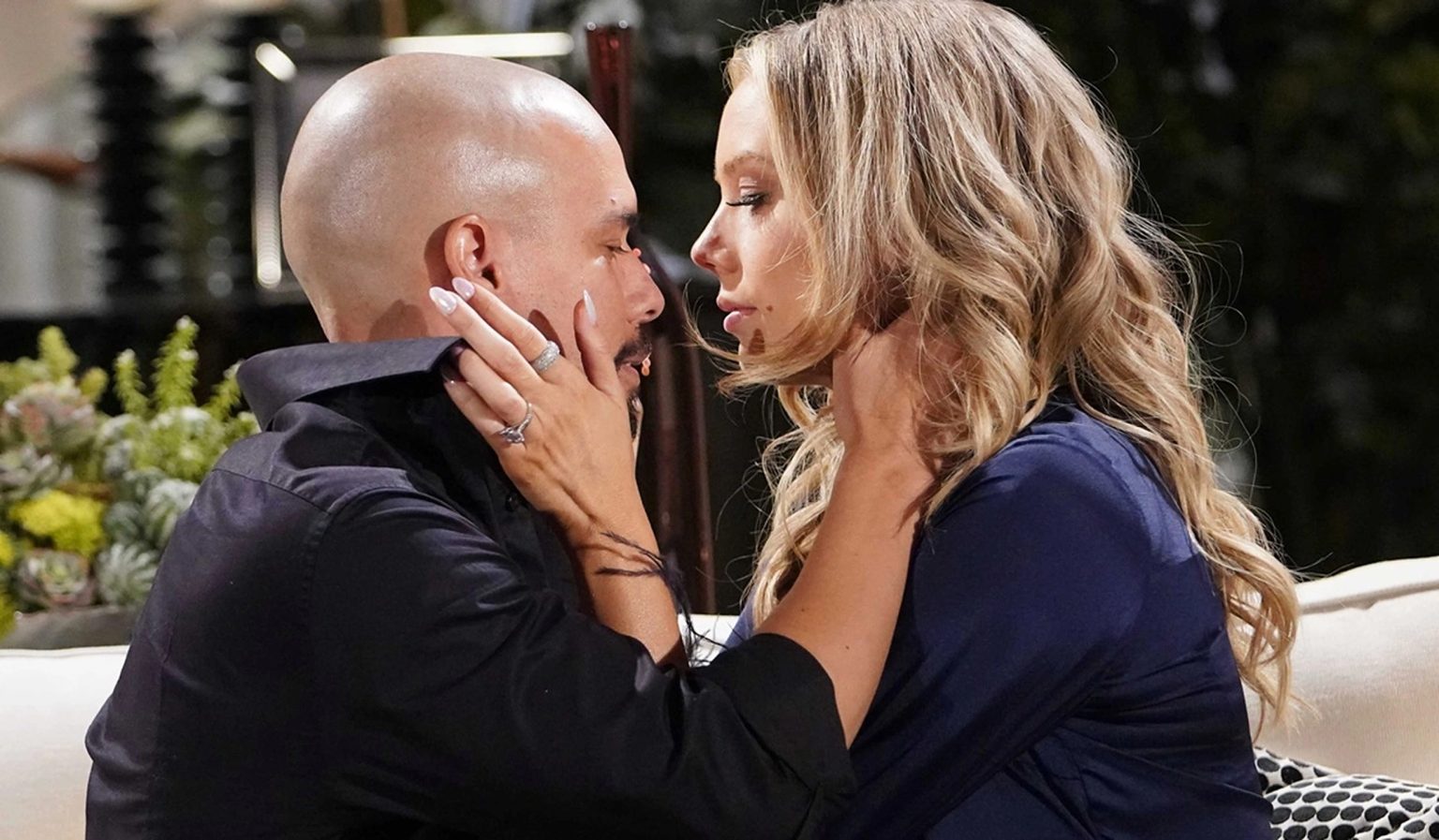 The Young And The Restless: Devon ACCEPTS His Feelings For Abby, Asks Her Out On Date

Amanda has already bid Genoa City Goodbye on The Young and The Restless. While her departure broke her best friend, Phyllis’s heart, she needed to do it to heal her own heart. Viewers know she, along with Chance, walked in on Devon and Abby hooking up. And while it’s true that Amanda and Devon, as well as Abby and Chance’s relationships, were already hanging by a thread, this betrayal snapped the thread. The latest spoilers suggest that the newly single Devon will let his feeling for Abby take over him and ask her out on a date. Will this move reaffirm the fact that Chance was right about him and Abby?

Recently, on The Young and The Restless, Devon, and Abby let passion get the best of them and fell into each other’s arms. However, neither of the originally intended to betray their partners, Chance and Amanda. On being discovered in the middle of their hook-up, they realized what they had done and tried to fix it. Devon tried to convince Amanda that it was a mistake and that he still very much wanted to be with her. However, Amanda did not want to risk her heart in Devon’s hands anymore and broke up with him. She insisted that perhaps, Devon’s feelings for Abby are far deeper than she realises.

Meanwhile, Abby, too, tried to convince Chance that their marriage was still worth saving on The Young and The Restless. However, Chance had already been drifting away from Abby, so much so, that he would chose to drown in alcohol alone than spend time with her. He asserted that he had been long expecting Abby and Devon to develop feelings for each other. Chance feels that he can never be the man Abby wants him to be. Moreover, he feels like he deserves to be with someone he can be himself with and enough for. Thus, making it clear that their marriage was effectively over.

Chance and Amanda detaching themselves from Devon and Abby has opened the gates for them to reconsider their romantic lives. While they still feel guilty about what they did, will they be able to find a way to make it work with each other? They do share a permanent bond, Dominic, linking them together on The Young and The Restless. Keep reading to find out what the spoilers are pointing at in the near future for Devon and Abby!

Devon Accepts His Feelings For Abby, Asks Her Out.

While, initially, Devon and Abby felt guilty about hooking up with each other, those feelings of guilt may fade soon. Recently, Devon admitted on The Young and The Restless that maybe deep down, he did want it to happen. Abby did not deny it. However, she did feel the timing of it was wrong. Chance has been pushing Abby to accept that Devon is the perfect man for her, and he may soon succeed. Abby will realize that her connection with Devon had been deepening consistently, and she sure has romantic feelings toward him. Perhaps, she sees in him what she never could see in her marriage with Chance.

Devon, on the other hand, is already starting to warm up to the idea of starting a relationship with Abby on The Young and The Restless. According to the latest spoilers, his inkling will soon take a life of its own and he will ask Abby out on a proper date. Pushed by Chance and her own feelings, Abby may accept Devon’s proposal. Thus, accepting the fact that her marriage with Chance is indeed over and she is free to be with Devon, guilt-free. Would you like to see Devon and Abby together as a couple? The two can have an actual family with Dominic, one that Chance couldn’t give her and Dominic. Please share your views in the comments. Meanwhile, stay tuned to CBS over weekdays to see what happens next on The Young and The Restless.