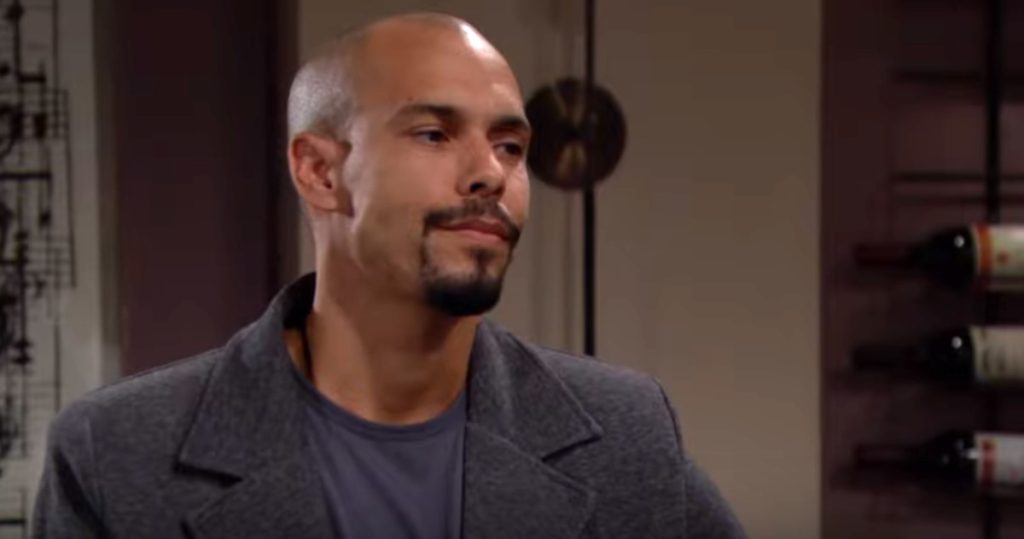 The Young And The Restless: Devon’s Life Upheaveled, Bio-Dad RETURNS

The Young and the Restless spoilers are here, and they suggest the return of Tucker McCall. Jill’s decision to open up the company to the public will invite a lot of scrutiny on the company. Devon is not ready to dilute the family’s control on company matters; hence, he will be apprehensive about the decision.

This will provide a great opportunity for Tucker to make an entry and disrupt matters. Trevor St. Noah will join the cast as Tucker McCall and become a part of several storylines. Moreover, the fall preview suggests Diane and Tucker might also have a new connection. So, would everything shake up for Deacon? Here is all about it.

Jill Has A Plan

Previously on The Young and the Restless, Jill announced she wanted to make the company public despite Devon’s disagreement. Devon thought this would make their business less family-oriented and give away too much power. Furthermore, their shareholders would become very powerful. But Jill had other opinions. Now, Y&R spoilers say that more shakeups are coming there soon.

The Young and the Restless spoilers suggest that Devon’s family will have an expected role in this whole situation in the upcoming days. Tucker McCall might return to the show. Devon fears the family losing control over their business could be the perfect place for Tucker to interfere and mess things up.

The Young And The Restless: Devon & Biological Father Fight

Previously, we have seen the rise of tensions between Devon and Nate. It is quite apparent that Devon is a control freak who likes to do things his way. This new tumultuous entry of Tucker might create issues between Devon and his biological father. It is speculated that Jill’s decision to open up the company was motivated by Tucker’s entry.

Furthermore, Chancellor-Winters is undergoing many changes to ensure the company survives the test of time. The Young and the Restless spoilers suggest Tucker’s new mission will be involved in Diane’s mess. Spoilers indicate he will come back with a bang and stir up trouble in multiple storylines.

Comings and goings for The Young and the Restless have announced that Trevor St. John might join the cast. It is speculated that he will return to play the character of Tucker McCall. Previously, this role was essayed by Stephen Nicols

. However, now Nichols plays the role of Days of Our Lives and hence, would not be able to return to The Young and the Restless.

As per the fall preview for the show, Ashley Abbott’s past will haunt her, and there will be a new connection to Diane. Moreover, Diane will receive an anonymous text from someone she does not want anyone to know about. Speculations suggest there will be a connection between Diane and Tucker in the upcoming episodes. The Young and the Restless airs weekdays on CBS. Stay tuned with TV Season & Spoilers for the latest news and updates from the show.