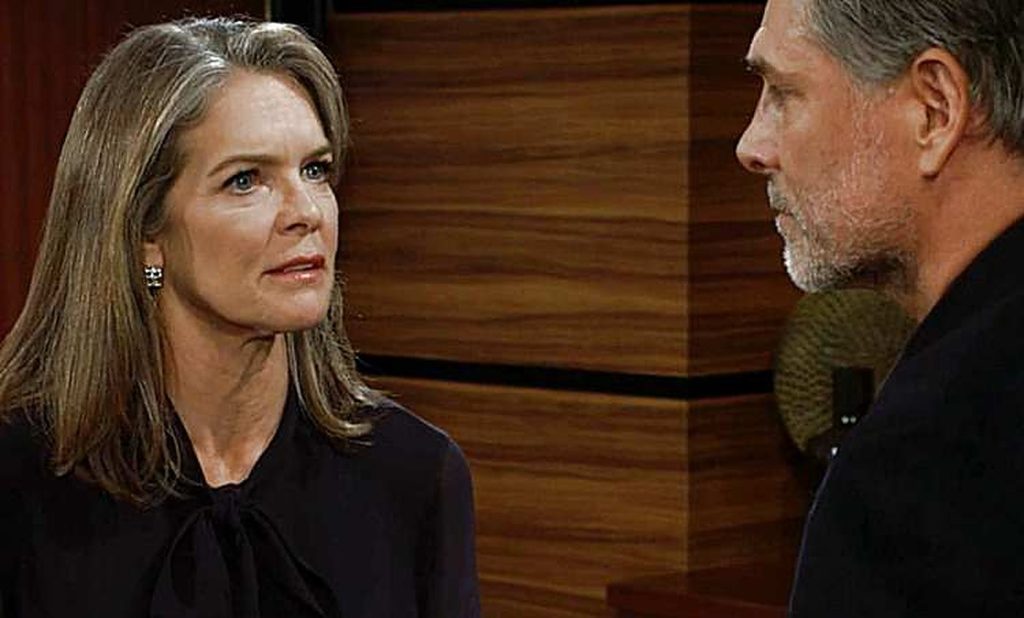 The Young And The Restless: Jeremy Finds Diane’s Whereabouts, Kidnaps Her?

The Young And The Restless spoilers tease that Jeremy will get updates about Diane’s recent hideout and will reach there to sort out his unfinished business. He might decide to kidnap Diane and make her pay for all she has done in the past. What will Jeremy do then? Is he really going to kidnap Diane? Let’s discuss what might happen in the upcoming weeks.

All this while, Phyllis, Nikki, and Ashley were trying their best to drive Diane away from Genoa City. The Young And The Restless then showed how Phyllis summoned Jeremy to the town and started stirring problems in Diane’s life. Diane mentioned earlier that she had taken Jeremy’s money. However, the reality is Diane made some dealing and helped to put Jeremy in prison. Now that he is back, he will want to sort out that unfinished business with Diane.

When Jack asked Jeremy about how much money he wanted, he made it clear that he is not after money. If that’s all he really wanted, he should have already made his demand, and Jack would have given him the money. Looks like Jeremy is not here just for money, but more than that, he also needs something else from Diane, which she either had it or had it before. Whatever it is, it’s not just money that is making Jeremy chase Diane. There is definitely something else that is not meeting the eyes.

As for Jack, to keep Diane out of this mess, he has made her stay in the cabin out of Jeremy’s vision. However, it won’t take long for him to track her whereabouts. Other The Young And The Restless spoilers tease Phyllis will make a blunder when she hints to him about Diane’s location. Even though it won’t be her intention, she’ll end him risking Diane’s life even further. Now that Jeremy knows where his enemy is hiding, what will he do now? Let’s discuss what Diane’s fate has in store.

The Young And The Restless Spoilers: Jeremy Kidnaps Diane, Gets His Payback?

During the week of December 12-16, 2022, Jack and Kyle will confront Jeremy after a major drama. The Young And The Restless spoilers recently showed how Jack had kept Diane hidden in the cabin. If she is there, then why are Kyle and Diane going to Jeremy? What drama might have happened? We know that Phyllis will, by mistake, alert Jeremy about Diane’s new whereabouts, not to mention Jeremy was already trying to harass Diane at Jabot.

So, what will he do with these new hideout details? He certainly isn’t in town just for money. Getting money might just be a part of his plan. Chances are there that Jeremy might decide to kidnap Diane from the cabin. By doing this, he will not just get his ransom money but will also be able to teach Diane a lesson. He’ll be able to kill two birds with one stone and get profit. Given Jeremy’s past criminal history, it is sure that he is not at all scared of Jack and Kyle’s petty warning. He will do what he feels like doing. So, there are high chance that Jeremy might kidnap Diane next. Stay tuned, The Young And The Restless airs every weekday on CBS. For more updates and spoilers, visit our website, TV Season & Spoilers.